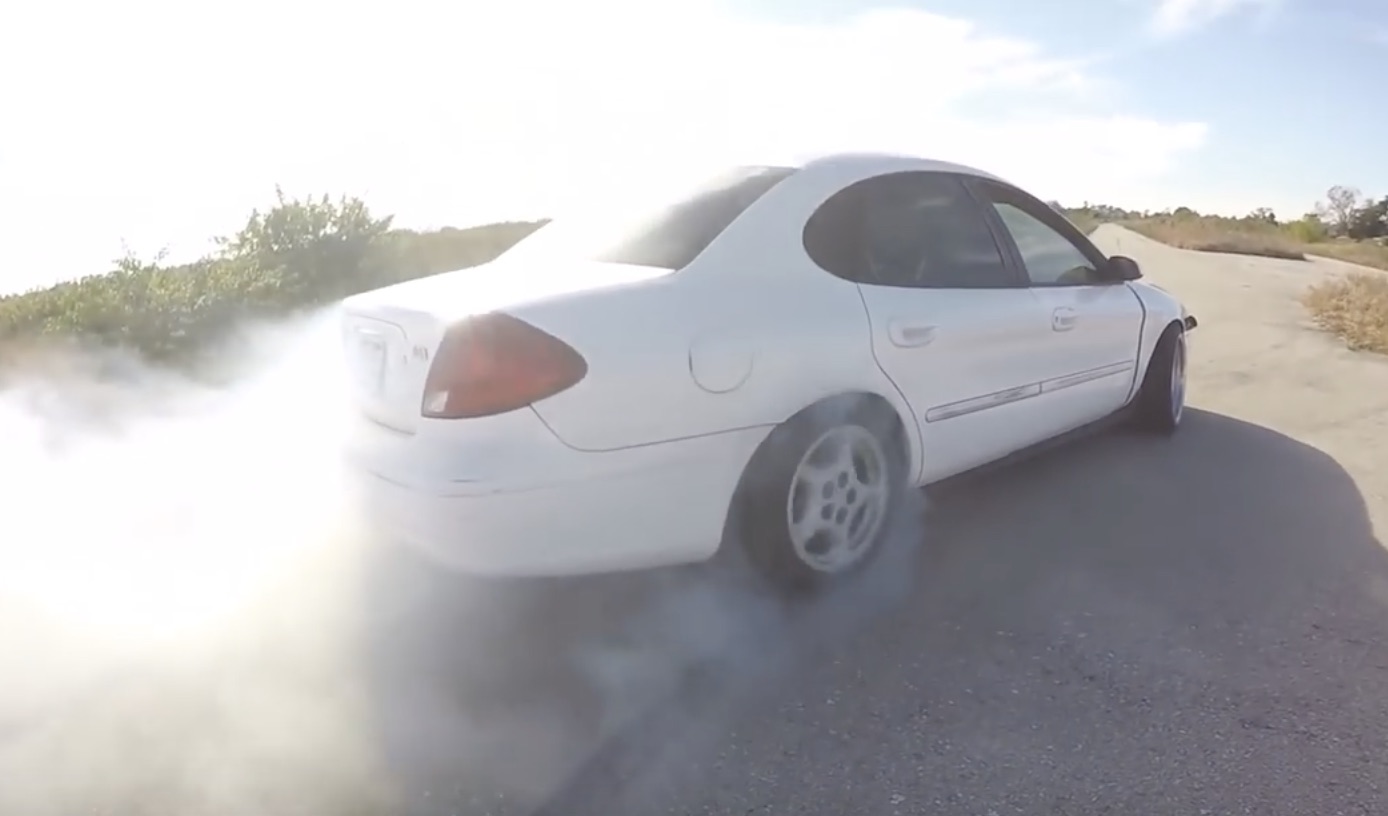 The Ford Taurus has a fantastic reputation from the moment it was introduced as Ford’s eye to the future of the family car for 1986 through 1995. After that, things went…well, okay, they went to hell in a flaming handbasket that, just like the third-generation Taurus, was probably oval-shaped. After that it was all fleet sales, boredom and finally, two major growth spurts that did little to bring back the concept of the the nameplate as a number-one best seller platform. Effectively, Ford shot themselves in the foot with a shotgun and didn’t recover.

Why did the third and fourth-gen Taurus fail? The third gen introduced an “oval-everything” styling design that was horrible any way you looked at it, and when Ford took the opportunity to ease back on the styling cues for 2000, they kept most of the shape but somehow made it about as boring as you can get. They aren’t a bad car, they just aren’t anything anyone cares about. They’re solid, but yawn-inducing.

Except for this one. We’ve known of a Coyote-swapped Taurus for a few years now, but this one has been RWD converted using a Toyota 1JZ inline-six for a noisemaker. Effectively, this is a Toyota Aristo/Lexus GS that is wearing a Ford body. That might be a simplification, but no Taurus should dance and scream like this one does!

Random Car Review: The Chrysler Kit Car Program - The Original Saturday Night Special BangShift Question Of The Day: Is There Really A Justification For The V8?