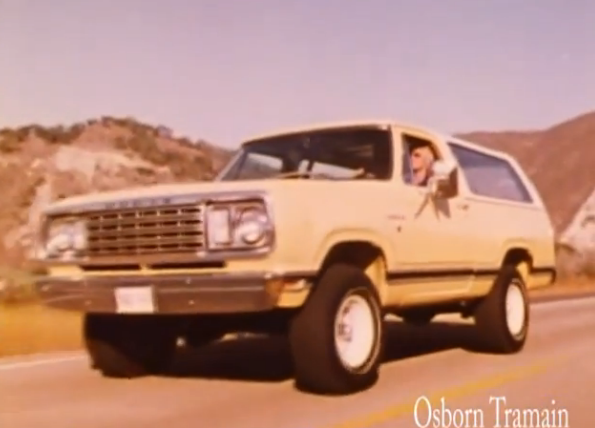 For probably the last 10 years I have dreamed about building a late 1970s style 4×4 truck, complete with the chrome nerf bar in the bed, white steel wagon wheels, maybe some Ground Hawg tires, multiple shock absorbers on each corner, just old school stuff. Kind of early in the era that peaked with the Fall Guy truck. This was before the monster truck thing really went nuts and everyone’s definition of a big truck was something that had a few inches of lift and maybe a set of steps on the side. I love that look and I love the styling of the era. As much as the Chevys were squarish and cool and the Fords were full on mean looking, I think that the Dodges were the most handsome. Like everything else involving Chryslers, you really don’t see them with the frequency of the other brands and they are normally more expensive. The fact is that the styling of the Dodges didn’t change a heck of a lot from the early to the late 1970s. We’re not complaining, they were a clean and crisp design that worked.

Anyway, this video is a promotional film for the 1977 Ramcharger model, one of the great SUVs before people came up with that whole name. In this video you’ll see the engines, the color combos, and all of the features available to buyers in ’77 who wanted to rule the road in a Ramcharger. The fact that they offered optional slot mags or wagon wheels and the fact that these trucks look so damned good made me post this. Look at an “SUV” today and look at this Ramcharger. You can drive a modern one out of a mall parking lot in a snowstorm without plowing through junk with your air dam. In this, you could plow through the snow, the mall itself, and still have enough truck left to grab a case of Pabst for the ride home. Try to ford a river with a modern SUV. It’ll look like someone threw a toaster in a bathtub. On the ’77 Ramcharger there were just enough electronics, mainly the lights and the ignition. Done.

Think your new weinermobile SUV is cool because it has an eco mode? Pfft. The Ramcharger had a light that came on telling you when you were using too much fuel for the power level needed and if that was actually true that light would have never gone off. Yeah, we know that these trucks were underpowered ad piggish in lots of ways, but a cheaply built 360 or stroker 400 would be the kill bolted into a factory looking late 1970s Ramcharger.

The video shows the trucks being cruised, sloshing through water, and doing other fun stuff. The music is low and the announcer is pretty funny sounding. If the aliens landed today and wanted our complete history year by year, I’d hand them this tape of the Ramcharger to personify what ’77 was all about.

Press play below to see a great 1977 promotional film for the Dodge Ramcharger!

The Humbler: Five Buddies Built This Cheap Turbo Jeep To Go 12s And Destroy On The Autocross Short Shift: A Weekend Road Trip In The 2014 Mazda 3 Grand Touring Edition Will Make You Want To Kill Your Small SUV