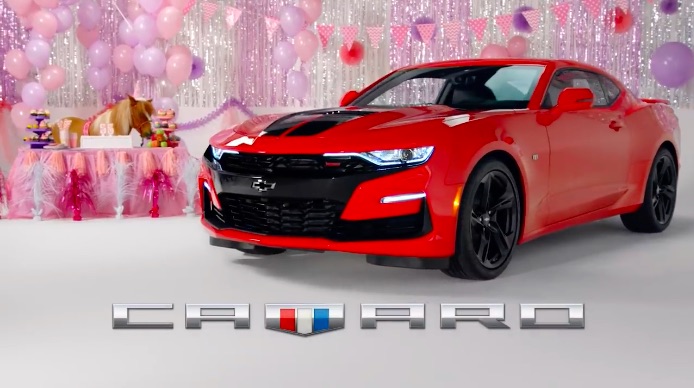 Automakers tend to be rather tame when it comes to advertising of the last twenty years or so. Instead of a hungry Pontiac Trans Am, we get a minivan that is trying to talk itself into your driveway. Instead of action shots, we get the perfect upper-middle class neighborhood shot with a highly detailed car in the driveway, doing little more than sitting, being a yard ornament. Worse still is when a brand starts pandering to the masses in an attempt to regain some kind of visibility. “That’s not a Buick?!” No, Ethyl, it’s not a Buick, it’s an Opel with the badge changed, with the hope you’d never notice. Or maybe it’s Chinese. Whatever.

The point is, that while certain markets certainly don’t need a bit of rivalry, certain markets do, especially when it comes to the kinds of cars that BangShifters prefer. Not only does a little bit of humor make it seem like there might be one or two people in the meeting room with a sense of humor and possibly a soul, but it also stirs the pot a bit and of course, a little bit of controversy doesn’t hurt either. Rivalry and good-natured ribbing are positive things for automakers to use when it comes to marketing. A fully-sterile family scene where the dad looks about five seconds away from having a Clark Griswold nuclear meltdown moment isn’t positive. Besides, in half of those commercials it looks like Mom is ready to finally make the move from Mr. Tan Slacks to her gym coach anyways, and that isn’t a good time to buy a new car, now is it?

What does rivalry and a bit of a friendly punch look like? Take this commercial that Chevrolet’s Arabian division recently put out for the Ford Mustang’s 55th birthday celebration. Camaro and Mustang has been a title-card fight ever since 1967, no matter how good or bad the years were. At this point in time, the cars’ lore are intertwined. It did feel weird when the Camaro disappeared in 2002…now what was the Mustang going to play with on the streets? Well, GM managed to bring the car back a few years later, picking up right where they left off, and showing off a real-life pretty princess pony at a cupcake-filled celebration says some things. Any guesses on what Ford might say back?

2 thoughts on “Unhinged: Keep The Rivalries Alive And Good-Natured!”