Watch This Car With Four Wheel Steering Strut Its Stuff On A Michigan Bridge In 1931 – Freak! 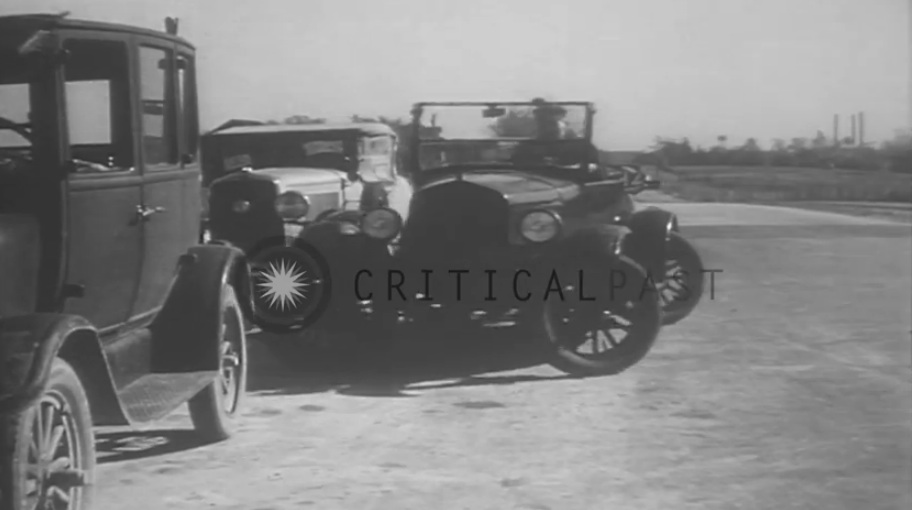 Yes, that old car is driving completely sideways. This film taken in 1931 shows a guy in Pontiac, Michigan driving a car that he specially modified to have four wheel steering. Think monster truck steering, but 1931 style done with chains and other effective but basic components. It also seems that the car is four wheel drive because if you look at the front axle, it appears to have a center section that would contain a ring gear and in 1931, there were not all that many front wheel drive cars for sale. In fact, we think that the Cord may have been the only one at that time.

Anyway, we’re not 100% sure of the make of car that this old man started with, but he sure ended up with a neat system. We see him make some tight circles, crab walk the thing across a bridge a few times, slide ‘er in parallel parking style, and enjoy the limelight a little. The whole thing seems to work pretty well and he cruises off into the sunset at the end. Presumably there would be a way to lock the rear steering when you are driving normally because if you were to crank the wheel at “speed” and the car started doing what it does on the bridge, you’d be dead…like lickety split dead.

We’d looked high and low for more information on this creation but have come up empty handed so far. Does anyone out there know anything else? There has to be a cool story behind the thing and the intentions of the builder. We bet that the guy thought he was sitting on a gold mine with this concept. While four wheel steering has appeared several times over the years on high performance cars, those machines were limited to just a couple degrees of articulation. Chevy trucks had it for a short time and that too flamed out. There was a experimental Camaro built back in the third-gen days that had four wheel steering but none of the cars or trucks had the dexterity of pure freak nature of this unit out of 1931. So…who can enlighten us? What type of car is it and who is this guy?!

That's The Spirit: 1979 American Motors Spirit GT That's Ready To Rip Ride In A Screaming 289 Powered GT40 As It Tears Around Spa And Makes An Insanely Tight Pass