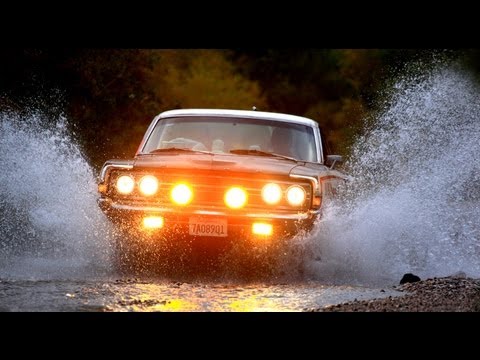 Remember the one about the two guys who left for Alaska and ended up at the Grand Canyon by way of Utah and Colorado? Those two guys were David Freiburger and Mike Finnegan of Hot Rod Magazine and that whole adventure was filmed for an episode of Roadkill, the web tv show that both guys headline. This trip began as a race against time to take a Ford Ranchero that the pair had thrashed on and built in about two weeks up to Alaska to go ice racing.

As you will see in the video, things got rolling about a day late and it all kind of went downhill from there. To be honest, it makes for fun watching, but it had to have been hell to live through. With the near constant failure of freeze plugs, a shattered window, a short stint flat towing a ’55 Chevy that made us pucker up watching from the couch, and as much sleep in a week and most people get in a night, this may as well be a torture video.

For better or worse, the guys do not give up, even as their objective changes a couple of times. Ultimately, they ended up having a great time, they acquired some awesome stories, and they are left with one Ranchero that may never come totally clean again. We know both of these guys and literally cannot imagine what that little cab smelled like after they virtually lived inside of it for a couple of days! EGADS!

Press play below to watch a road trip go completely haywire and two guys who had to battle through it!