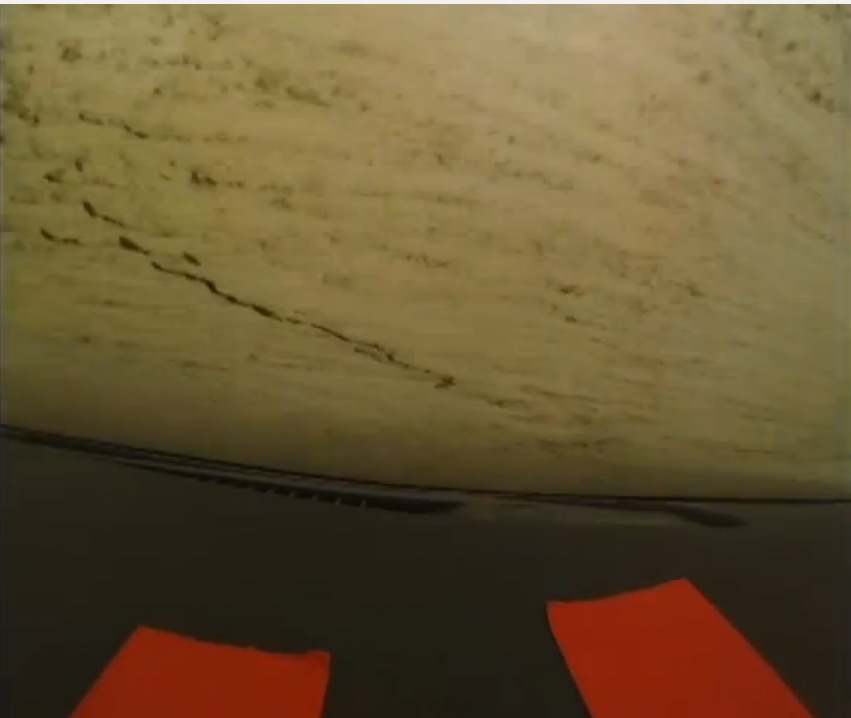 Land speed racing is one of the more imposing forms of motorsports in the known universe because you are literally fighting an invisible enemy…air. That pesky stuff that you can’t see will really ruin your day at ever higher speeds. It is the reason why the Bloodhound SSC team is using turbines, rockets, eel farts, and whatever else that they can conjure to go 1,000mph. There’s another enemy at some of the best known LSR joints, too. That’s the very surface on which the car is driving. Bonneville’s salt can be loose, hard, wet, or something in the middle while El Mirage’s silt like dirt has an attitude all of its own as the driver of this very fast Nissan GTR discovered at the last meet of the SCTA season in November.

While on a charge that looked to be tickling the 200mph mark at the finish, the car hooked a rut at 187mph and spun. Like at Bonneville the lack of surface friction and what we can assume was an increased race weight for traction, along with the aero of the car itself kept it tied to the ground. You will see the thing charging along with the turbocharged six banger wailing away and then all of a sudden the mountains are off to the side and then out the side window and then….ruh ro! Thankfully the car comes to a stop on its wheels and all was OK but it had to be a “rather disconcerting” feeling when that baby was headed in a different direction while screaming towards 200mph!

Here’s the language from the video description:

PRESS PLAY BELOW TO SEE A GTR LOSE ITS GRIP ON THE DIRT AT 190MPH – HANG ON!

BangShift Holiday Shopping Guide: Furniture From Vintage Aircraft Parts And Official Pictures, By Boeing! This 1960 Chevy Wagon Has An Exhaust Stack, A Cummins Diesel Engine, And Not A Lick Of Paint - We Love It