Watch Sammy Miller Try To Run Over 300mph In The Eighth At Under Two Seconds….On A Road Course In The Netherlands 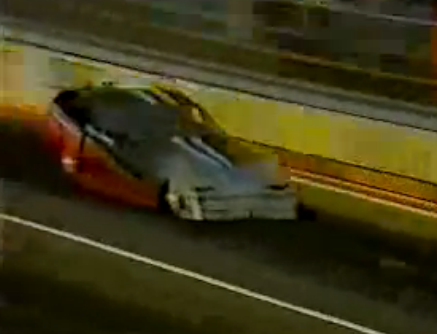 Sammy Miller’s exploits have been often written, raved, and ranted about here on BangShift. The guy was known and loved all over the world as the king of the rocket powered drag races deep into the 1980s. In this video he’s at a race track in Zandvoort, Netherlands running at an event. What makes this video super cool is the quick interview with Sammy before he runs where he states pretty dead pan that he is going to try and cover the eighth mile course in less than two seconds and have a terminal speed of more than 300mph. If you didn’t know, rocket racers were (and still are) mind-numbingly fast. Did he actually run that quick and fast? We’re not sure, but those numbers sure sound bad ass when you tell them to a TV reporter, so there may have some theater in ’em. The guy was a showman.

One little wrinkle about the Zandvoort track. It was a road course! They ran drag races there on the front straight like they do at Hockenheim, Germany and other places. You’ll see Sammy in the car, being pushed to the line by a crewman. Once pushed into the stage beans, the crowd started the famous countdown and when they got to 0 it was BLAST OFF time. Because the cars are largely silent before the driver hits the button to launch the peroxide over the silver screen in the rocket motor, Sammy could hear the screaming crowd as plain as day and he hit the button right when they reached the magic number. The car makes a typically fast run and then you see the ‘chutes come out….and after a second or three you see Miller negotiating a left hand turn on the road course! It cracked up us but it didn’t seem to bother him at all. In the event of a ‘chute failure, though, we can see this ending badly.

We love classic rocket car video and this is some of that. Revel in the bad assery of Slammin’ Sammy Miller once more. The dude earned it and the fans loved him!

Thanks to Vince for the tip!

5 thoughts on “Watch Sammy Miller Try To Run Over 300mph In The Eighth At Under Two Seconds….On A Road Course In The Netherlands”