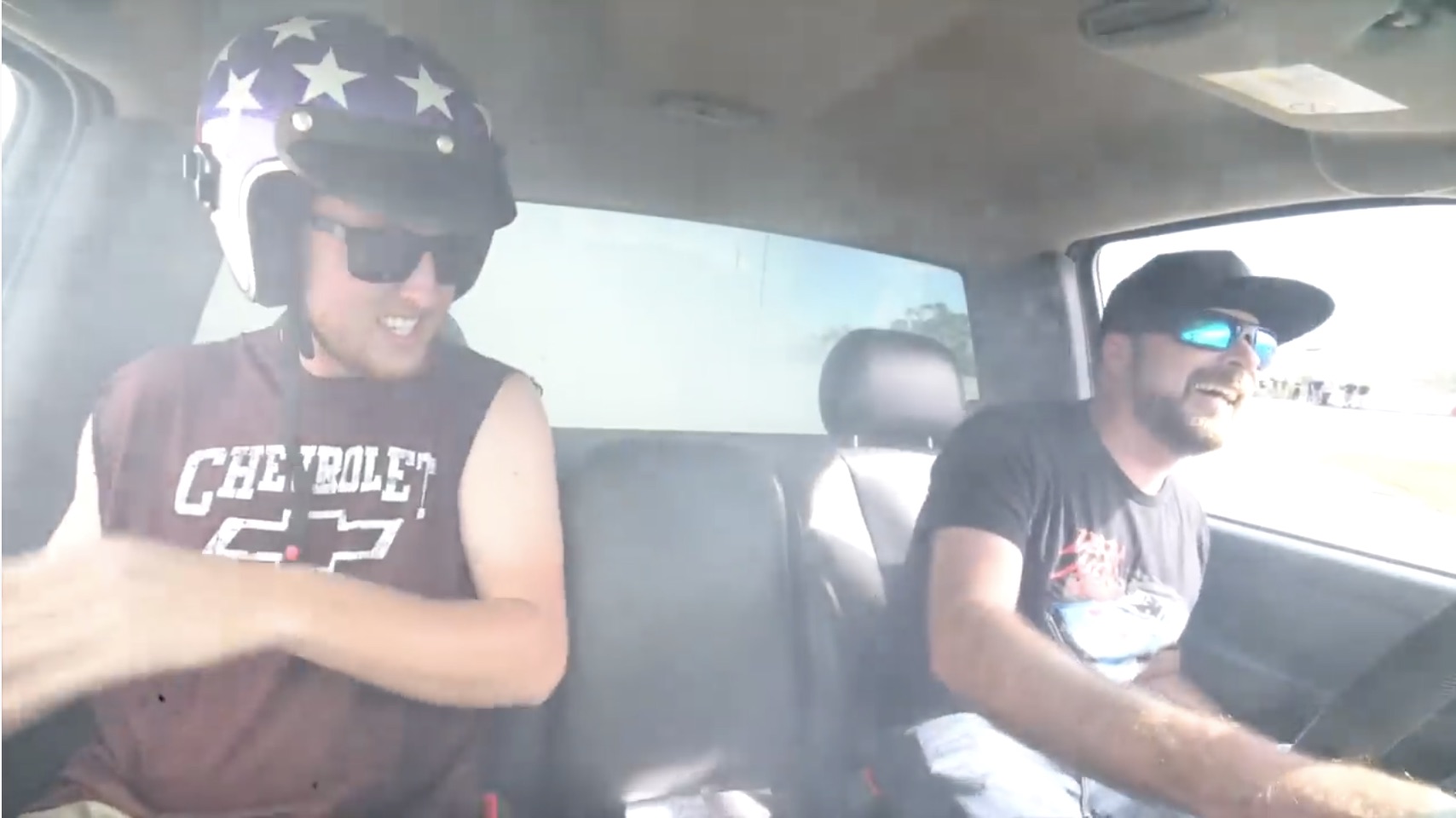 One of the biggest deals of 2020 that doesn’t have the word “pandemic” attached to it came right at the beginning of the year, when Garrett Mitchell (read: Cleetus McFarland) purchased the former DeSoto Speedway and renamed it the Freedom Factory. Over the last few months, Coronavirus be damned, he’s put in a ton of work to get the facility up to his standard and he even managed to host a race of nothing but nitrous-equipped Crown Victorias before the state of Florida locked down. And keep in mind, he’s only in his mid-twenties and he’s done all of this. The dude really is living the dream, alter-ego or not.

When the deal was made and it was time to actually announce the Freedom Factory to the world, he did it big-time. He roped in friends and family, and he put a call in to his kind-of rival, Mike Finnegan, to come down and properly break-in the overgrown asphalt, and they had a riot of a time that included more tire smoke than the track had probably seen in the ten years prior. We’ve seen Cleetus’s footage but this is from Mike’s perspective, including a small oopsie that left James’s GMC burnout machine down for the count. Check it out!

Unhinged: Does It Feel Like Project Rush? It Does To Me! Laying Down Laps: Daddy Dave Working Through Pro Street At The Throwdown In T-Town