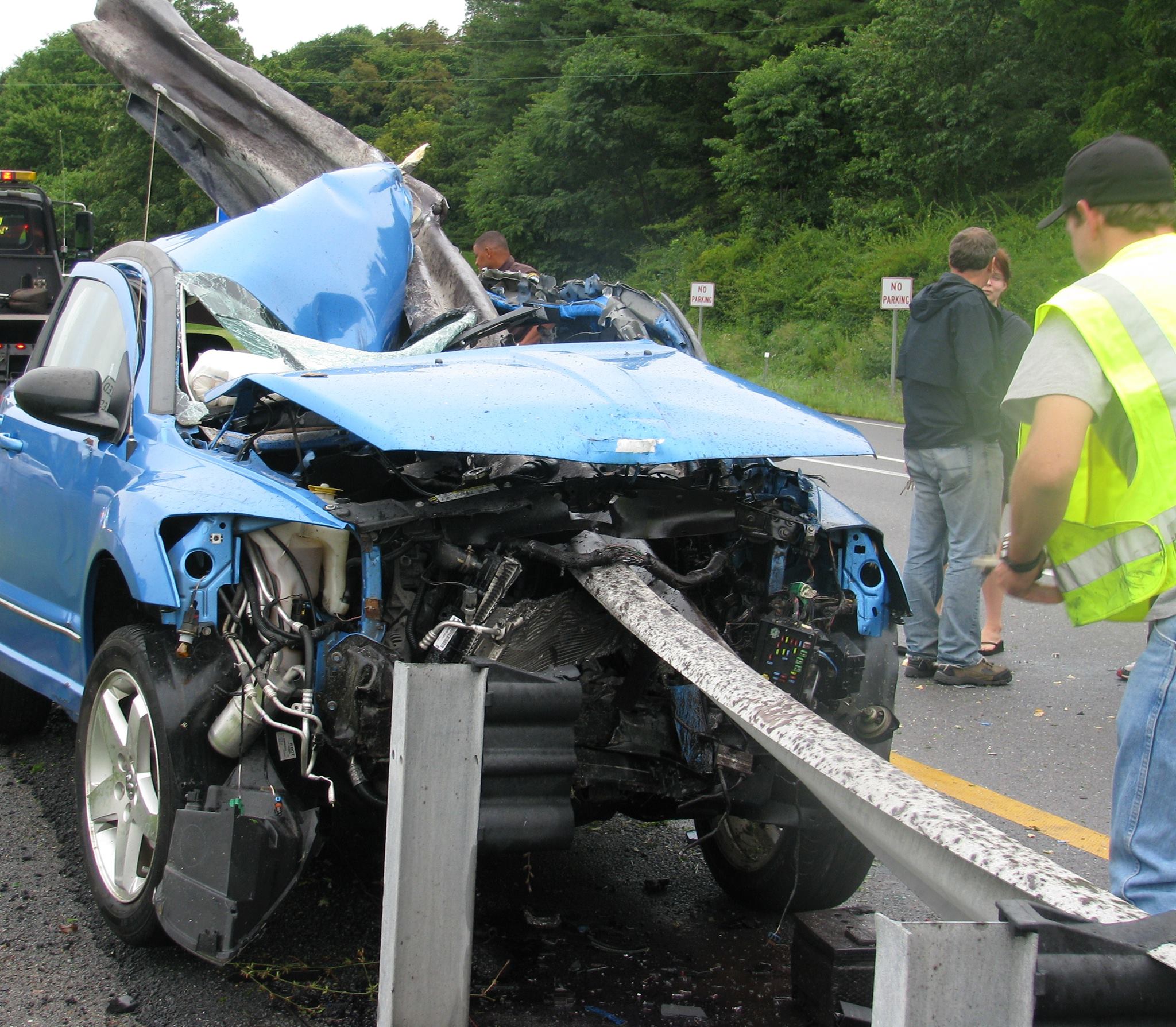 (Photos by VA State Police) – We’ve all had an automotive close call in our driving lives. Maybe it was when you were horsing around with buddies and you lost the handle on the car, narrowly avoiding a wreck. Maybe it was when you were fixing a pal’s car and a tire fell off when you were test driving it because you forgot the lug nuts, or maybe those were only things that happened to me. Either way, Virginian Jacob Henley will have a story for the rest of his life that trumps anything you and I could dream up because he lived through the disaster you see above and from multiple angles below. Henley’s car was completely skewered by the guardrail and he lived. Not only did he live, he managed to walk away unhurt and you’ll be floored when you hear how.

The guy hit a tractor trailer on one side of the highway and the car careened across the median and caught the end of the guardrail on the other side perfectly square. Luckily for Henley, he was thrown to the passenger side of the car before the impact with the guardrail. We say luckily because fire fighters and response people on the scene said that the head rest was cleaned off by the steel spear as it passed through the car. He would have been quite literally headless had he been in that seat.

Physically, he was unscathed but according to WTCB.com, police were going to charge him with reckless driving, lack of insurance, driving on a revoked license, expired plates and here’s the kicker…not wearing a seatbelt. If he had the belt on, he’d be dead but it would probably have been cheaper than the fines he has coming. (For the record we’re not in the “seatbelts are dangerous” crowd….but this is one of those million to one cases where they sure as heck would have been!) 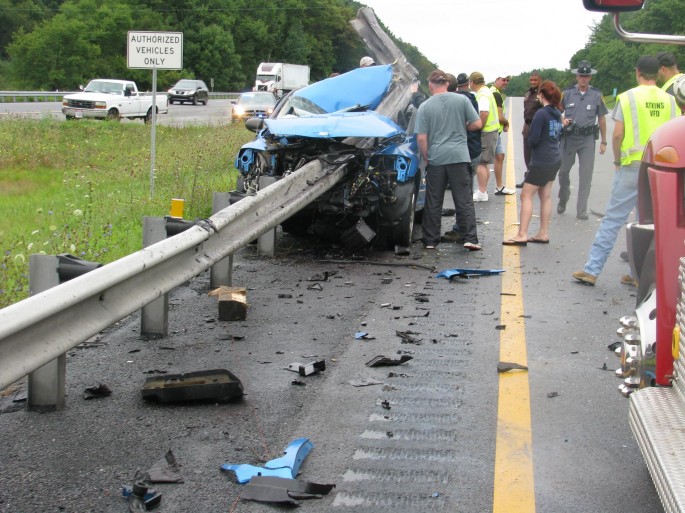 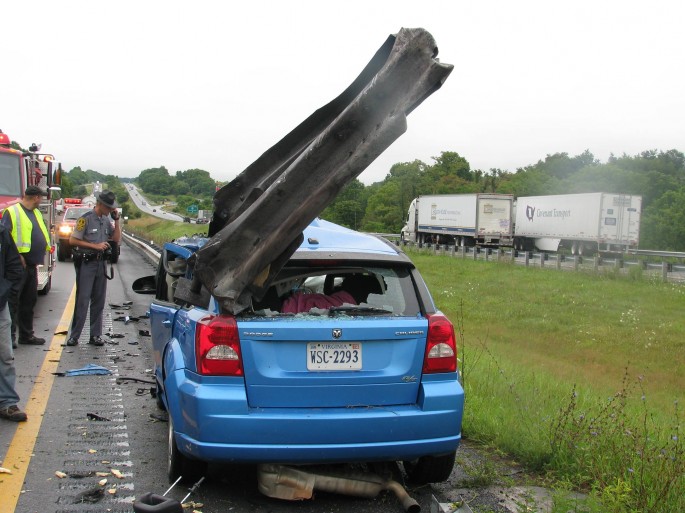 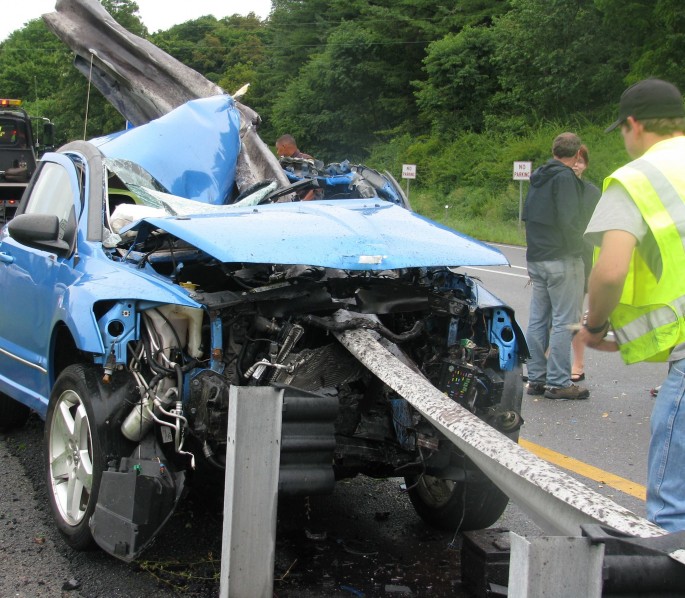 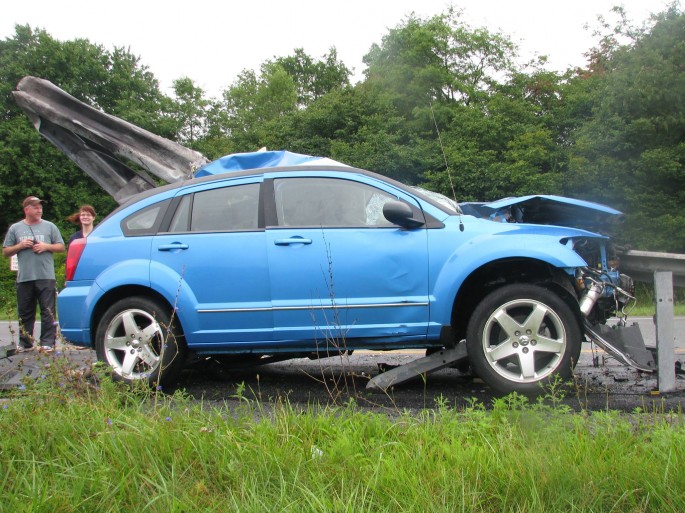