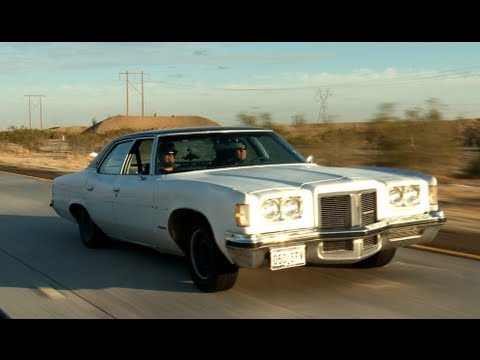 By now we’re sure you’ve heard that David Freiburger and Mike Finnegan of Hot Rod Magazine are going to have a monthly web tv show called Roadkill. The first episode went live today and you can watch it below. We already took a sneak peek and found it to be pretty entertaining! Each month the guys are going to go on some sort of road trip adventure. In this episode they have $1500 cash, a dart, a map, and a mission to buy a car and get it all the way back to LA with their $1500. We’re not going to give away the ending but we’ll just say that they make their pennies bleed pretty good during the trip.

While this was a cool way to kick off the series, we’re really looking forward to the next episode, which will document the pair’s adventure that started as a trip to Alaska but ended on the floor of the Grand Canyon, with lots of crazy stuff happening in the middle. Also, we’ve heard that the F-Bomb will be the focal point of another episode in the future.

Stay tuned, this should be fun!

8 thoughts on “Watch the First Episode of Roadkill – Freiburger and Finnegan’s New Show!”