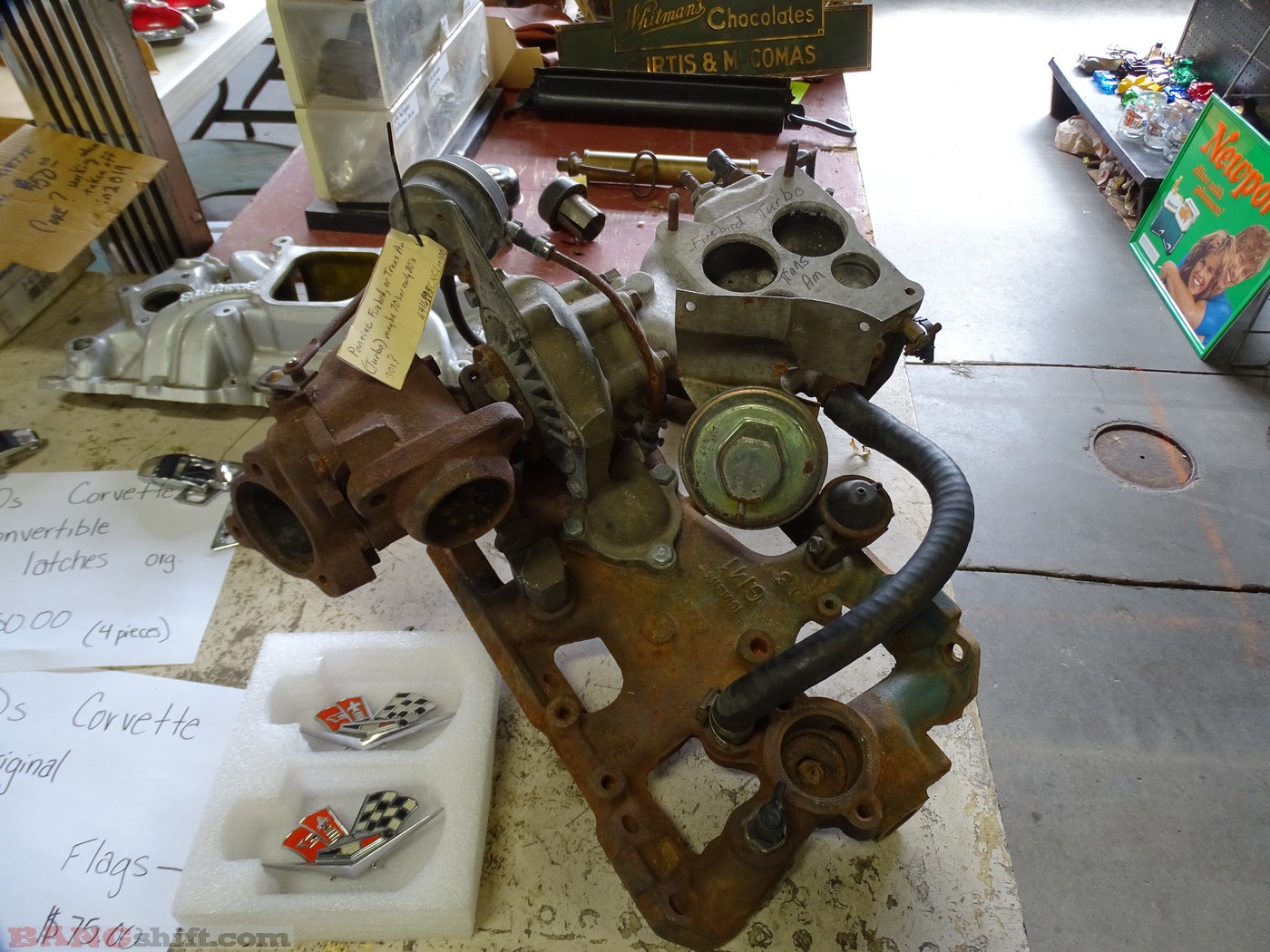 (Words and photos by Doug Gregory) – We like swap meets.  We like looking at things we either don’t need or can’t afford.  When we stumble upon stuff we really want, think we need, and can sorta afford the cash disappears swiftly.  Usually we are safe because there isn’t much to spend…  Many of you know how that goes.

So we find ourselves at the KYANA swap meet at the Kentucky Exposition Center in Louisville.  Lots of things we liked.  Few things we could afford.  Even fewer we brought home.  We don’t need a set of old drive-in theater speakers, but we found several sets of nice ones.  A $750 Stingray with the slick and gearshift is out of our price range, but we left some drool on it anyway.  Lots of manual transmissions we scoped out, but we’re not ready to convert our Chevy II just yet.  The little 8.2” differential likely won’t live long with a stick.  Who all needs a Pontiac 301ci turbo setup…?  We saw two.  There were at least 3 old manual tire-changing setups there.  Was very temped to get one.

One thing we hadn’t expected to see was the cabin portion of a light aircraft.  Perhaps might make a good platform for a LeMons car.  A pristine-looking Cadillac coupe was just waiting for someone to get their ‘huggy bear’ fix.  Plenty of toys caught our eyes.  The white fox-body hatch was fairly clean and unmolested.  Ultimately one of my sons bought a friend of his a quadrajet and he bought me the tachometer pictured last.  I found a couple good deals on some old HotRod magazines for my library (mostly 1970s).  That was our haul this time.  Magazines are heavy when you get them in bulk.

The World's Fastest: This Bonneville Documentary Project Looks As Though It Could Be Incredible This Museum Restored 1962 Chevy 4x4 Pickup Is One Of The Most Stunning Trucks We've Seen