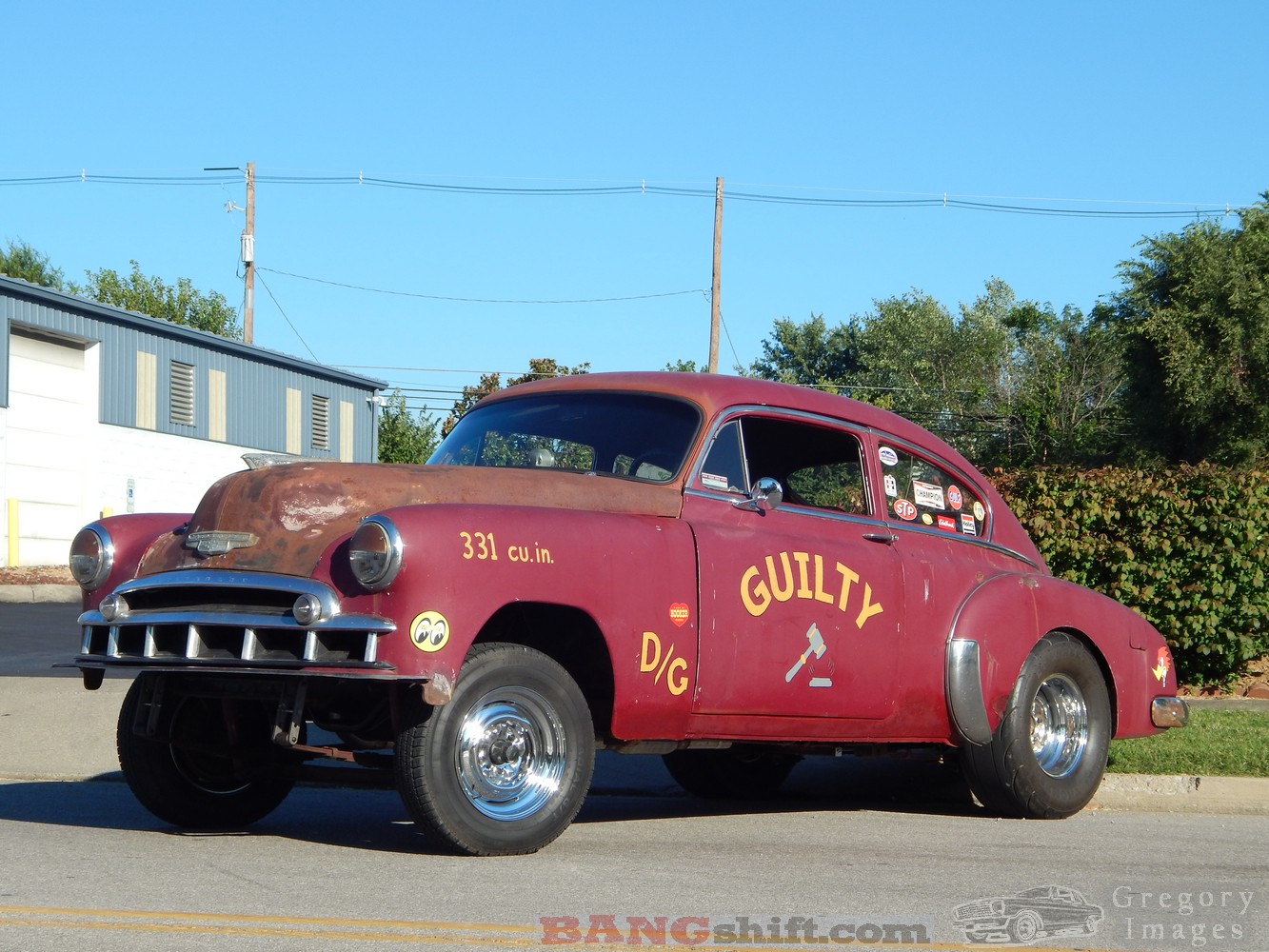 (Words and photos by Doug Gregory) – Last collection of photos from the 2016 Hullabaloo.  This isn’t a group of ‘the rest’ as sometimes is the case.  In here we’ve got some serious hardware.  I’ll start things off with Joe Hall’s red ’67 Chevelle.  We’d seen this car at Mountain Park Dragway and knew it ran 9s and was a legit street car.  On this day we shot enough photos for a feature so we’ll be bringing that to you at a later date.  Another car racking up space on our memory card was Dwayne Rader’s ‘Rebel Rouser’.  This car was an effort between a few guys back in the 60s that included his dad.  It was found again a handful of years ago and brought back to running and racing piece you see here.  More to come later on this one as well.

Lastly we can’t not mention Dave Huber’s dragmaster.  This was originally a Mickey Thompson owned car.  It’s been cared for by Dave for many years.  Coming into the event he took a push and drove it to this spot.  For the cackle shot the model in the car actually got to hit the throttle a few times.  I have video.  The first time she seemed a little unsure, but after that you could tell by the smile she was digging it.  This ride gets around and Dave hauls it to places using a variety of old school rides including his ’32 Ford sedan.  How’s that for keeping it real…?

Best of 2016: Incredible Photos Of The Astro Spiral Jump During Testing With Video! This 1976 Ford (With a 1979 Nose Clip) Has Big Block Power, A Clutch Pedal, And Plenty Of Altitude