SEMA 2016: Here’s A Gallery Of Engines and Only Engines From The SEMA Show

Nov 05, 2016Brian LohnesBangShift Galleries, Gallery, Trade ShowsComments Off on SEMA 2016: Here’s A Gallery Of Engines and Only Engines From The SEMA Show 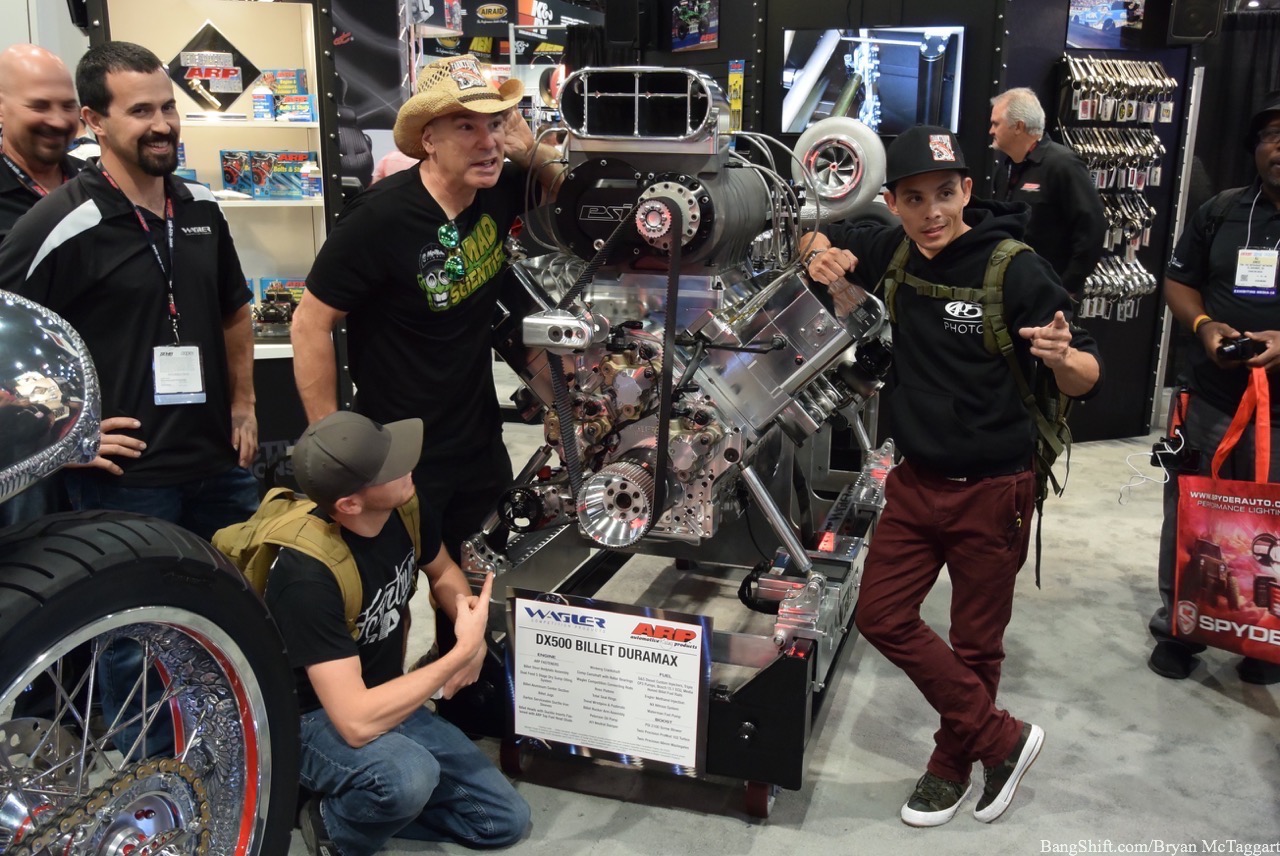 While bling items like wheels get lots of attention at the SEMA show, we’re engine guys around here and we made sure to blast lots of photos of engines to show you. Yes, the LS motor was as present as you’d imagine it would be, filling the bays of hundreds and hundreds of cars and trucks both inside and outside the Las Vegas Convention Center.

From small cubic inch four bangers, to rotaries, massive diesels, big and small block gassers, and even a faux turbine, we saw plenty of power plants. Our favorites? Our favorites were stuff like the 368 Lincoln in the beautiful 1951 Ford we have been drooling over, the massive Wagler Duramax at the ARP booth, and the beautiful Mercedes engine inhabiting the front of the 1920s Mercedes hot rod that was on display.

Manufacturers had tons of their engines on display both in and out of cases and horsepower was literally dripping from the walls of the building. The SEMA show may be over, but our coverage is not. Stay tuned!

Click the images below to expand them and then see all of the engines!