The Small Shop With The Big Secrets: We Return To Short Street Rod Shop For A New Look-Around! 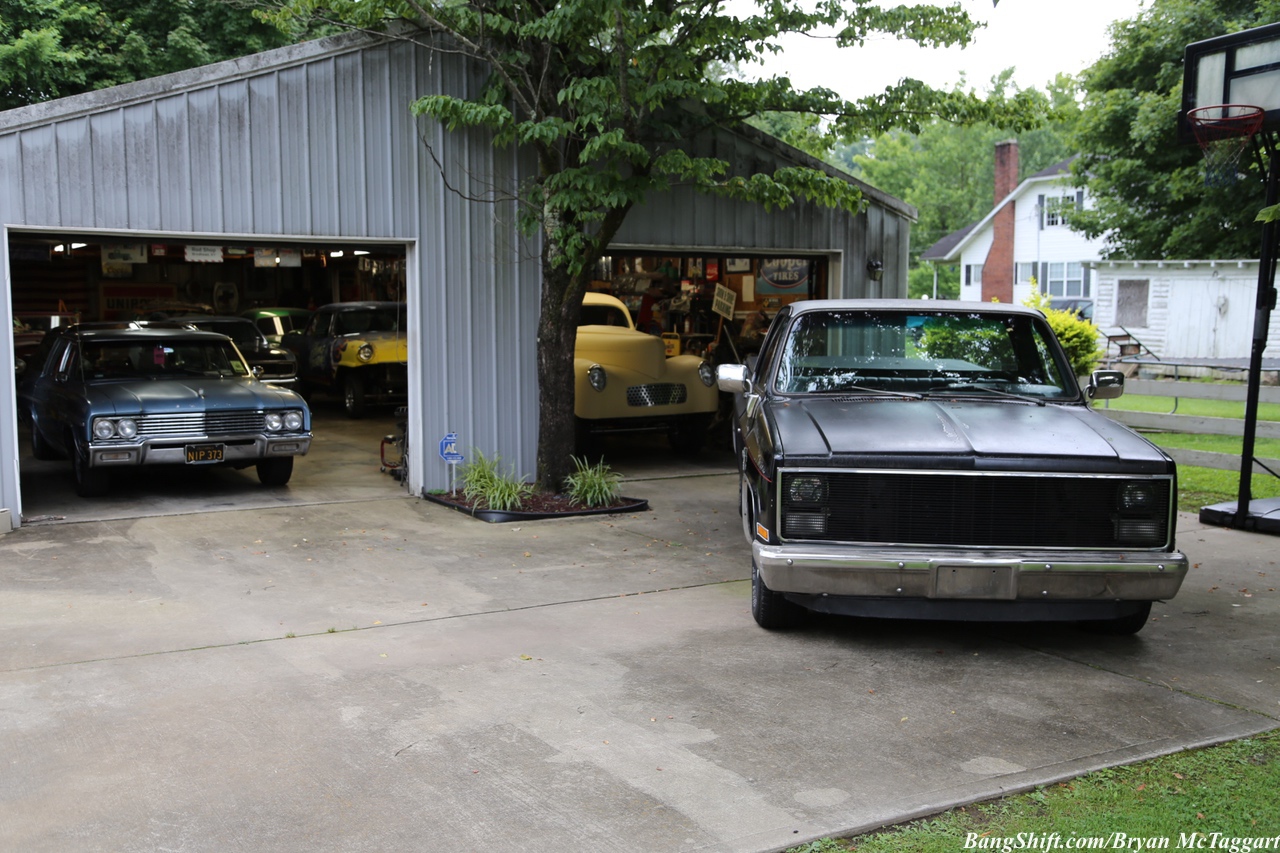 Four years ago, after I shot a feature on a 1964 Rambler that had been converted to a straight-axle car, I was invited out to a small garage in the middle of Kentucky. I was told that there were a couple of cars to check out and that it would be worth the driving time. What I found when I arrived was a shop full of machinery, memorabilia and parts galore, and an entire basement dedicated to toys, magazines and more. Effectively, it was exactly how many of us would live if we had the money and means to. In a tiny town of maybe 1,500 people sits a neat little secret called the Short Street Rod Shop. Good luck trying to get Google Maps to locate it for you…it’s not listed and even if you received the address personally, chances are good that your GPS system will give you the wrong street name. It’s located just off of the quietest main drag you could hope to find. You’d half-expect to see an old Ford black-and-white with Mayberry written on the doors to cruise past just to see what is going on. And that’s the way Jensen Masters likes it. 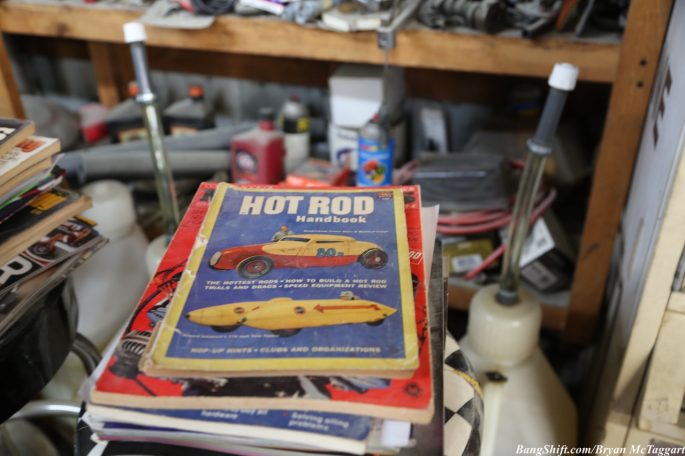 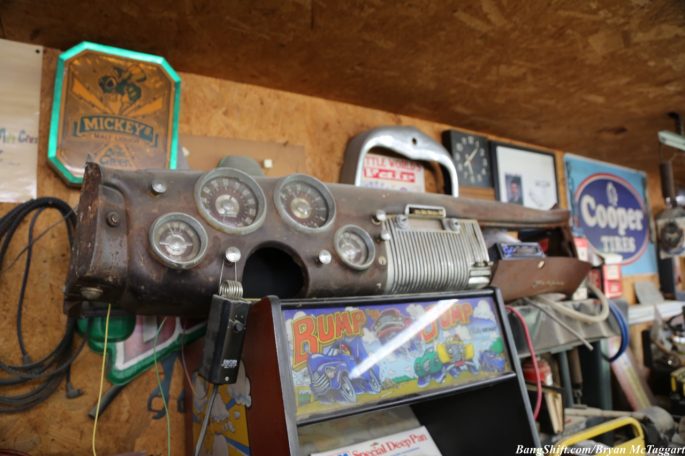 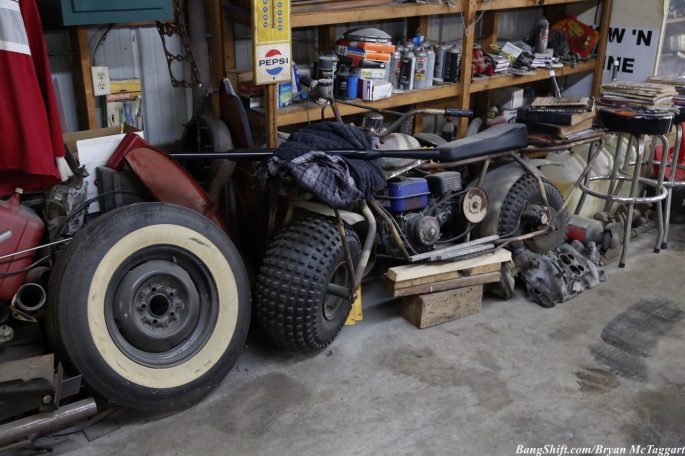 Masters has been a friend of BangShift ever since I first wrote up his Rambler, which he still has. I see him often, at events around Kentucky, and every time it’s a handshake, a hello, an offer of water, and some conversation about what’s new in the shop, which always sees project vehicles coming and going. I’ve meant to get back for a couple of years now, but one reason or another kept me away. This time around, I found the time and made the trek eastward to see what was sitting in the garage just off of his house. As usual, I’m both impressed and not surprised in the least. Masters has a taste for a certain era or style of car, and his son Jett, who last time I was there was restoring older bicycles, has gotten into the act as well. In fact, what better place to start than with Jett’s project? 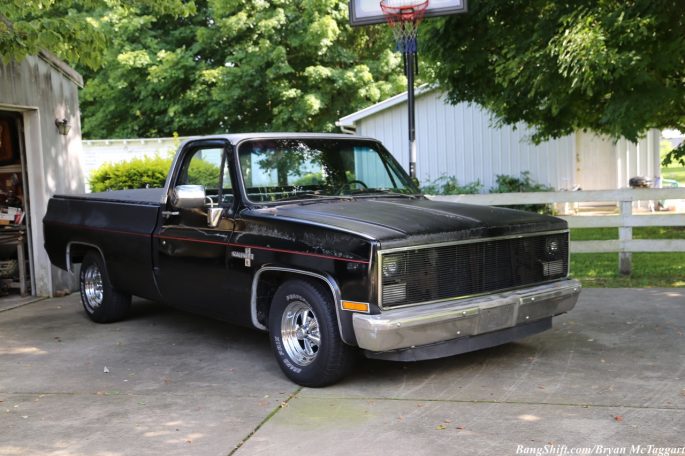 You like squarebodies? Of course you do, and we do too. This 1983 Scottsdale was supposed to be Jett’s first project and driver, but that isn’t going to be the case, it seems…the lady of the house has laid down the law regarding young Jett learning to drive in anything that does not have an airbag in the steering wheel, so for the time being the project plan is looking more like “shop truck” than anything else. It’s been lowered three inches in the rear, two inches in the front and has some visual tricks and a healthy combination of headers and Pypes exhaust for the small-block under the hood. It’s a nice, mild unit that anyone would be proud to take on and we hope that Mom will back down a bit and let Jett cruise in what he’s worked on. 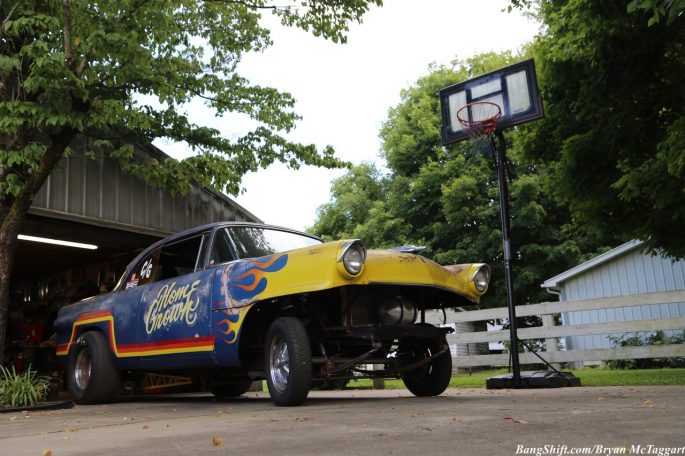 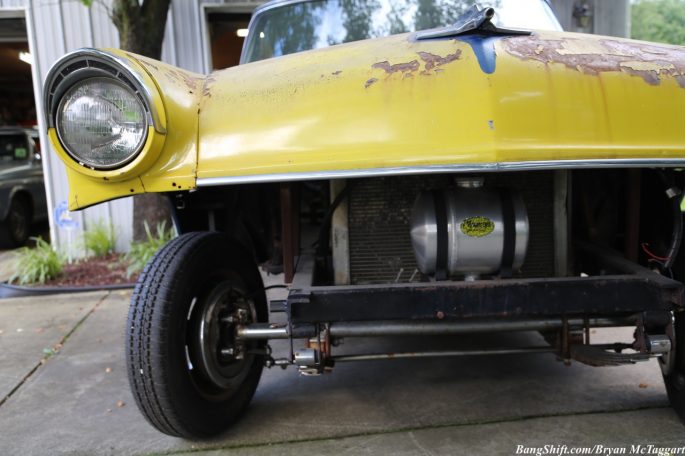 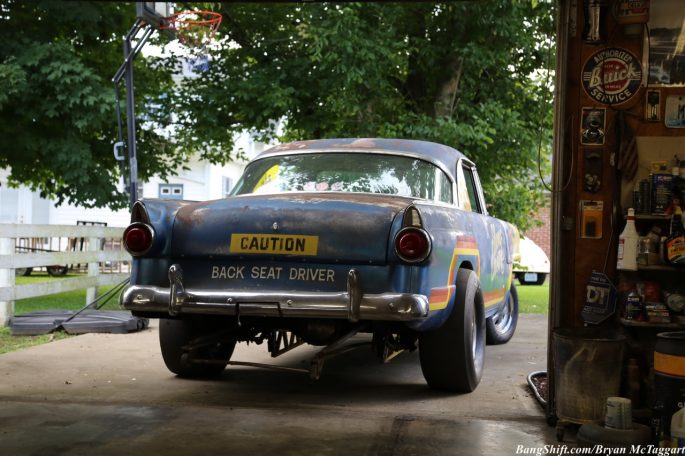 The last time I was out at the shop, this 1955 Ford Fairlane was the highlight of the trip. You can read up the feature I wrote back in 2015 by CLICKING HERE, but work has happened since the last time you or I saw it. The car had been sold, but a few months ago it returned to the shop. It now runs, with the “mystery” small-block Chevrolet and a TH400 automatic that was in the car last time. The only other update on this car is that Masters was able to get pictures from when “Home Grown” was located in a junkyard near Mason City, Iowa, it’s former haunt: 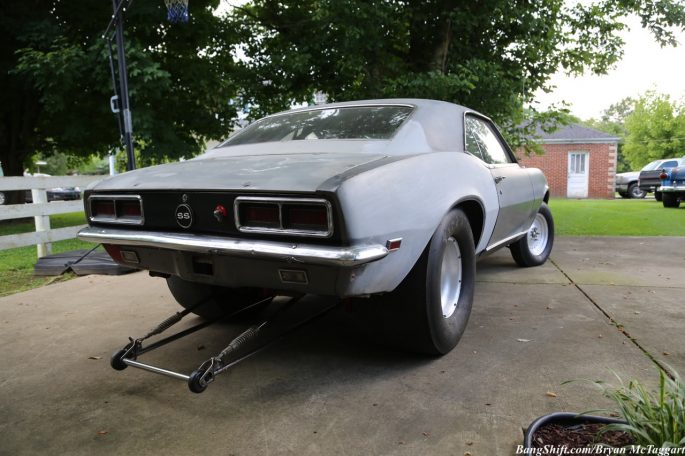 This Camaro hasn’t seen the street since the mid-1980s, when it was converted to this cool Pro Street beast. The car used to race around the Kentuckiana area for years before winding up as Craigslist fodder.  Originally a big-block automatic setup, the Camaro is currently a roller but Masters is working on a new powertrain. Somewhere, Chad is having heart palpitations looking at the shape of this car right now. The 1941 Willys looks like one of those old Tootsietoy cars that I used to play with as a kid, gigantic Cragars and all…I love this thing. It is a fiberglass body on a tube frame deal that was built by Bob Stephens out of St. Louis. He raced the car for about a year before Masters purchased it. The engine is a 460ci Chevrolet (.030 over 454) running oval port heads, a .292 camshaft, and 8.0:1 compression on E85 fuel. In it’s current state the Willys is good for about [email protected] MPH in the quarter-mile. It’s caged, street-legal, and needs to see something like Rocky Mountain Race Week in a hurry.

There are other cars in the shop, like the Mazda mini-truck, the Rambler and all of the neat artifacts that Masters has collected. There is the 1929 Ford Model A four-door turned pickup truck that comes out every now and then, the 1965 Buick Skylark station wagon that is a neat cruiser, and I’m pretty sure that the “Mr. Jynx” Henry J was sitting in the back corner, still as mysterious as it was when I first started asking questions about it.

If you were to meet Masters in public at a show, you’d never know he was hiding a stash like this and you could drive by his house a thousand times and as long as he doesn’t have one of these machines in plain sight or running, you would never guess what is hiding in the rolling hills. It’s why I love the place and look forward to every update on what’s left and what’s arrived. 7 thoughts on “The Small Shop With The Big Secrets: We Return To Short Street Rod Shop For A New Look-Around!”