Roadtrippin’: This Abandoned Car Lot In Nebraska Has Some Fun Finds That Deserve A Better Resting Place 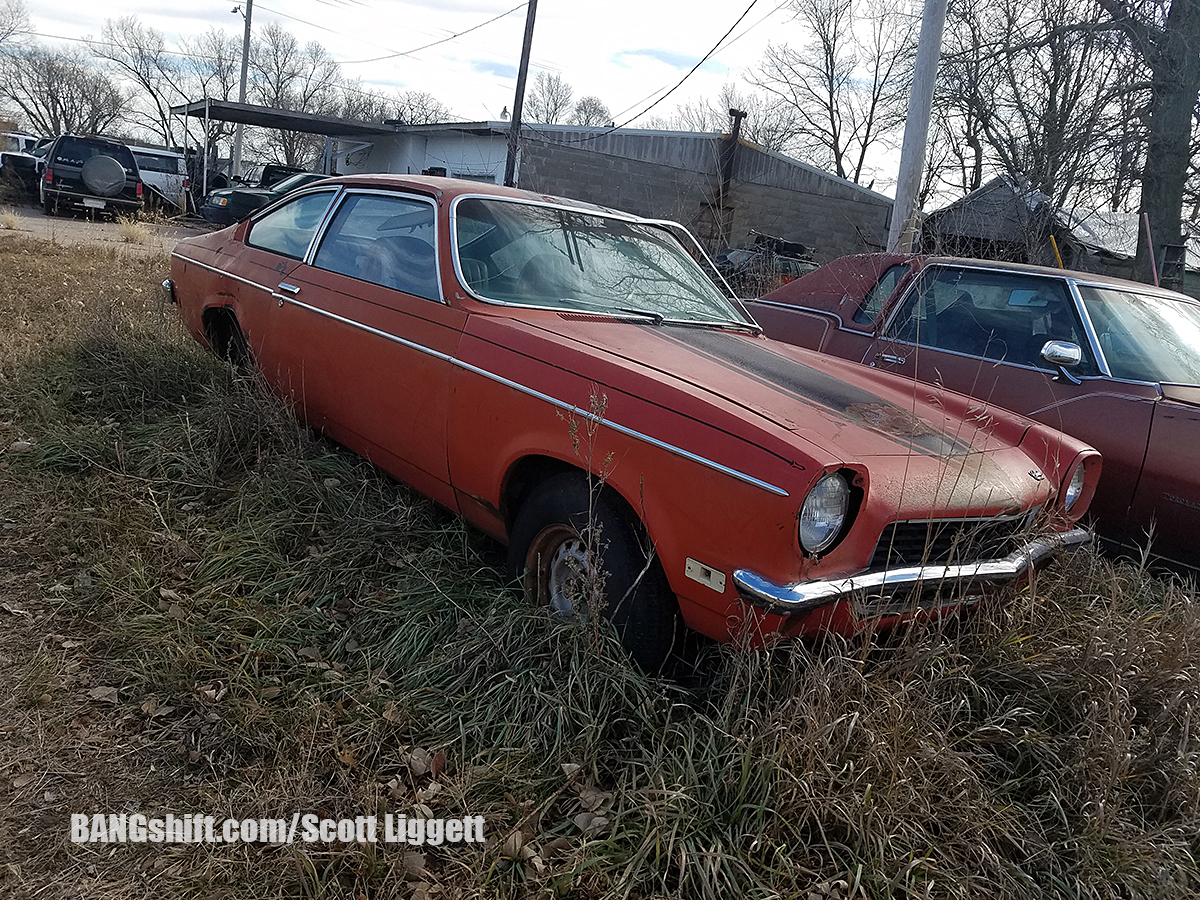 (Words and Photos by Scott Liggett) After checking out a closed up wrecking yard the week before, my buddy John McHarness asks me if I am up to check out another collection of rusty gold. I say sure, of course, because I didn’t want to work on my truck today anyways. So, I dropped my tools and hopped in John’s car to check out another small town not far away and a lot full of rusty, but bitchin, old cars.

I am beginning to think every small town in Nebraska has lots like this. The owner of this property was once a used car dealer, so it is not surprising he had some extra autos stashed away. We found tons and tons of 80’s and 90’s econo-crap boxes, but tucked away, hidden in the trees, were some very interesting finds. The kind we BangShifters like.
A pair of 71 Vegas, one was the rare notchback. A gaggle of H body Monzas, Olds Starfires, and Buick Skyhawks. Our favorite was half buried in pine needles was a 75 Monza notchback. We also found a pair of Colonade era Chevelles, including a 74 coupe with small block 400 power, a 1950 Chevy school bus converted to a motorhome and a 68 Chevy C20 with the rare long stepside bed. Another C10 had trees growing out of the bed and the fender. We also came across an AMC Matador coupe with factory bucket seats. A rather rare Pontiac Lemans T-37 and a super nice International Travelall.
We may be going back to talk about those Vegas or that Monza notchback when the snow melts.

Here's Your Chance To Own A Hot Rod Based Business Where You Get To Drive One ALL THE TIME! The Other Side Of The Coin: Day Of Destruction At Beech Ridge

9 thoughts on “Roadtrippin’: This Abandoned Car Lot In Nebraska Has Some Fun Finds That Deserve A Better Resting Place”