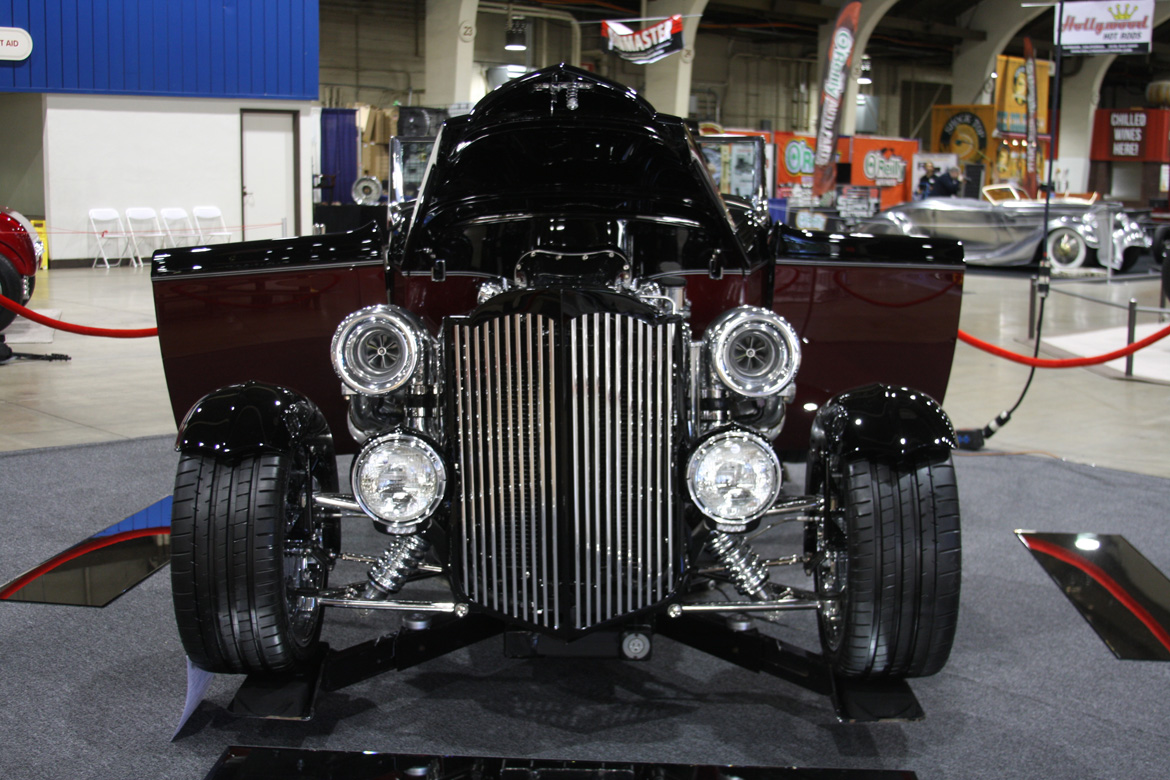 If the 2015 AMBR award were going to be given off the basis of horsepower alone, Mike Gordon’s Psycho 1932 Ford would be the clear winner. The car is powered by a twin turbocharged 428ci Windsor Ford engine that was built by Tom Nelson at Nelson Racing Engines and produces a claimed 1,500hp. Augmenting the massive horsepower are the looks of the car which are akin to a guy in a tailored suit who added robotic arms and machine guns to it. This thing is straight up nasty in all the right ways! From a head on perspective, the placement of the turbos above the headlights is a real attention grabber. Tom Nelson’s symmetrical turbos make the look possible and we really like it. It is wild not in a way that detracts from the overall theme of the car which was executed at JT Enterprise.

The car is based off of a Roadster Shop chassis and has a body that was modified by Jason Bryant. Mark Cerquone is the designer that brought Gordon’s desires to paper and ink before the metal men and mechanics got their mitts dirty. The well known Ron Mangus was responsible for the interior duties, and EVOD Industries did the wheels along with fabricating some of the billet parts and pieces on the car. Some may find that front grill a little on the jarring side but we dig it. That thing has a presence and attitude that the car needs. With everything that is happening up front in this car, that grill either needed to match the intensity of be lost. Clearly it isn’t lost!

If you like loads of horsepower with your coachbuilt hot rod, Psycho is the one for you! 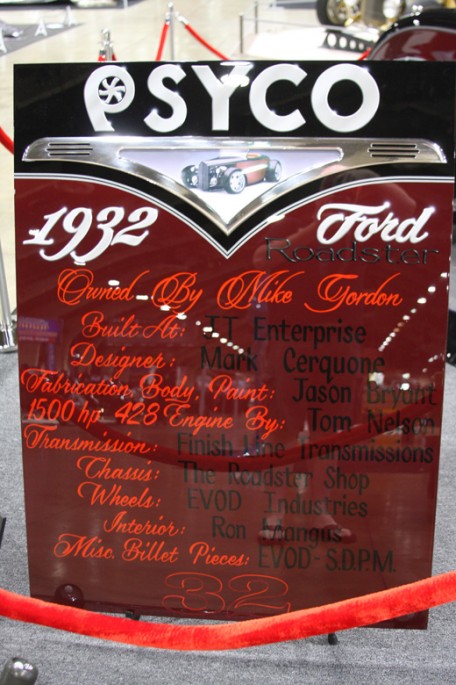 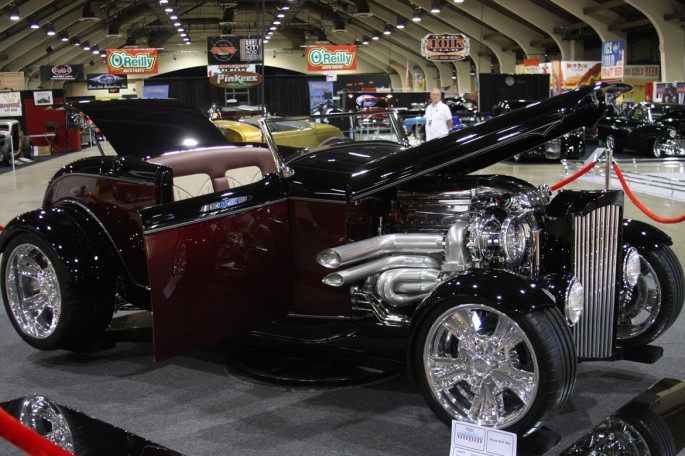 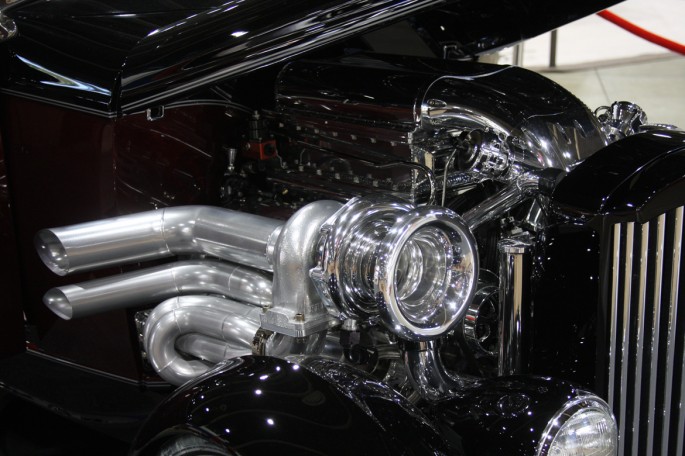 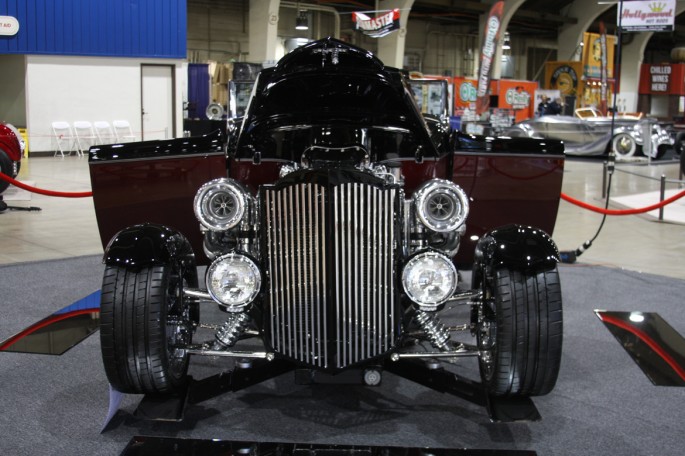 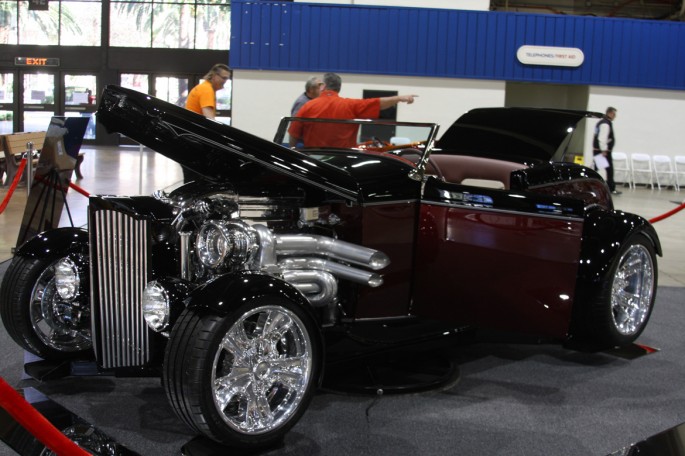 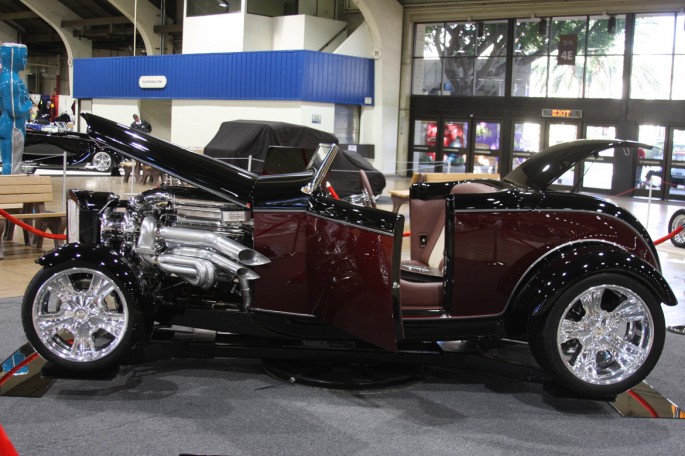