2019 Holley Hot Rod Reunion: Winding Down Before The Fires Start 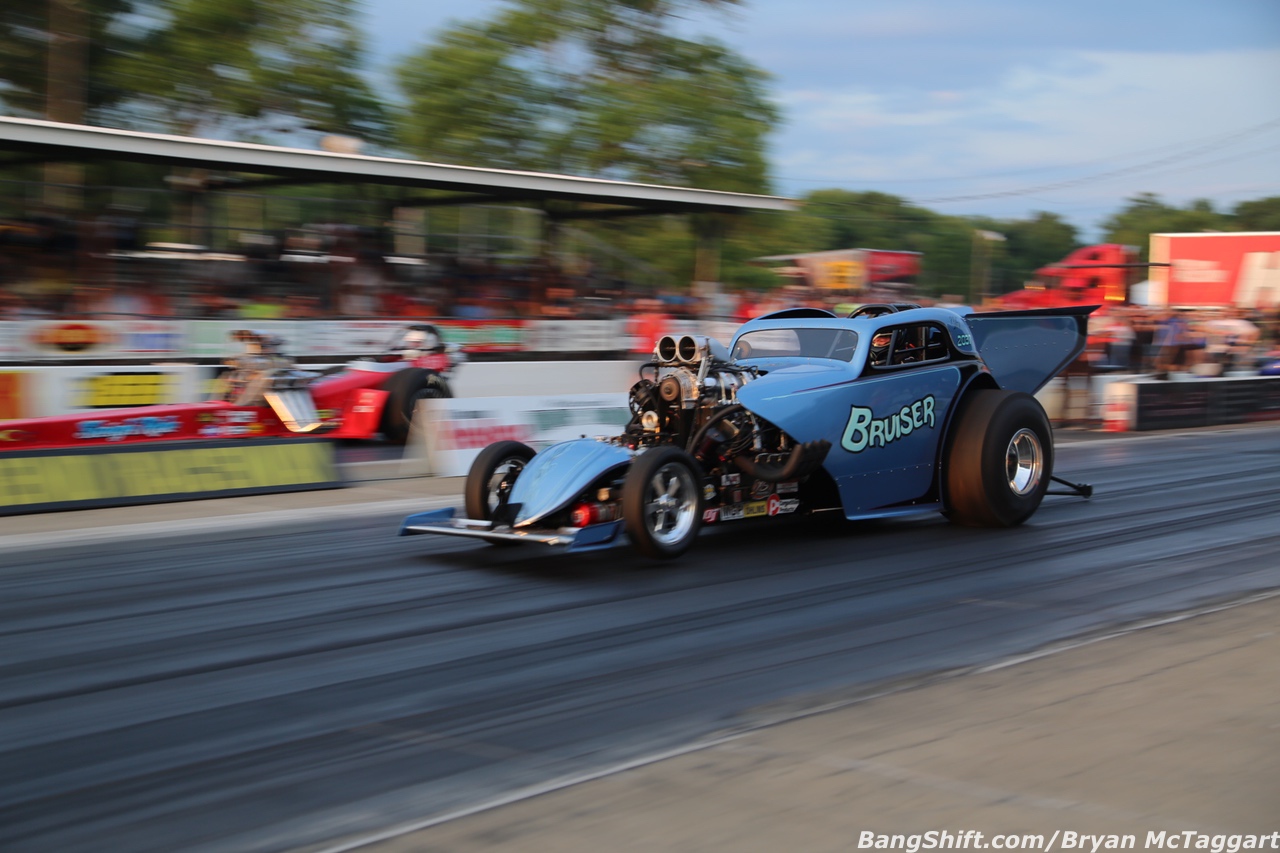 The weather might not have been it’s usual sauna-like self at Beech Bend Raceway for the action on Saturday, but the Holley Hot Rod Reunion was getting progressively hotter and hotter, and that didn’t just mean the action. The mercury was climbing, the sweat was starting to pour, and I was really starting to feel the effects of the heat. Or maybe it was a snout full of nitro one time too many over the course of the day. Or walking miles around the property to look at the machines…I’m not 100% sure. But the skies were clearing up and while some of the show cars that didn’t get picked were starting to roll out of the gate for the trip back to wherever they came from, the stands started to fill up and the parking down along the further edges of the fences that line the dragstrip started to fill up. The last few cars were getting ready to run, and after that, the spectacle that is the Cacklefest was set to begin.

One by one, the final rounds went down until Top Fuel was left. As Mendy Fry took out Jim Young in the setting sun, you could feel something stirring all around. It’s strange…each year I’ve done the Hot Rod Reunion, after the last final is run, the entire atmosphere of the place changes. The best way I can describe it is that the event goes feral: the scheduled, organized racing is over. That’s done with…as the glowing ball disappears behind the trees and hills, it’s time to unleash. It’s time to go all-out. The fans know what’s coming. The journalists and photographers, the camera-holders and anyone with a phone that’s charged up knows what is coming. It starts with a stirring from the Larsen Motorsports camp and it’s not going to end until there’s a strong haze of nitro in the air and the fans rush the dragstrip to get close to the racers and machines of legend and lore. The racing itself ends here, but the party is just beginning. What’s after the racing? Cacklefest. 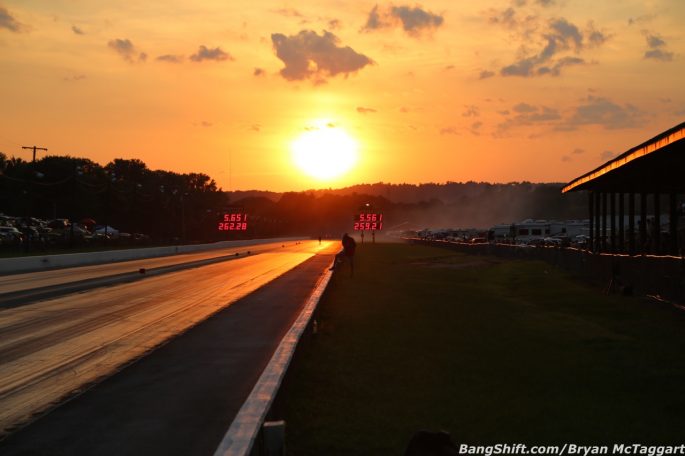 Click on a photo below to check out more coverage from the Hot Rod Reunion! We’ve got one more gallery to bring you, so stay tuned for the Cacklefest photos!

CLICK HERE to check out our last gallery, if you missed it!

CLICK HERE to check out the race results from the Holley Hot Rod Reunion!

The Other Cousin: How Does A Car Like The 1970 Mercury Cyclone Spoiler Get Forgotten? Rocky Mountain Race Week 2019: Riding Through The Storms Into Nebraska!

One thought on “2019 Holley Hot Rod Reunion: Winding Down Before The Fires Start”