2020 NHRA Winternationals Pro Stock Action Photos: The 50th Season Of Pro Stock Got Off To A Flying Start 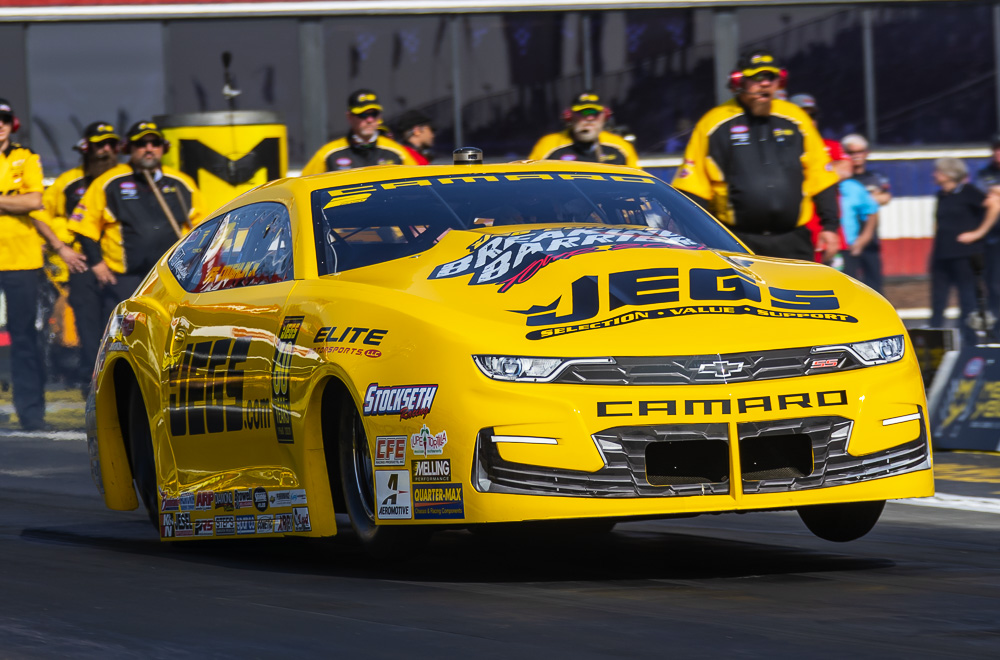 (Photos by Wes Allison) – Yesterday we showed you the last of our nitro powered photos from the 2020 NHRA Winternationals so today we’re showing you the last of the gasoline burning images we blasted on a chilly weekend in Southern California. The 2020 Winternationals represented the kick-off of a year long celebration of 50 years of NHRA pro stock history. The class started at the 1970 running of the Winternationals where Grumpy Jenkins beat Ronnie Sox on a hole shot in the finals. The aluminum big block Chevy in his Camaro powering him down just ahead of Sox’s drag strip chomping hemi!

Major news at the event in pro stock included neat stuff like the pro debut of Marty Robertson who has come over from the small tire/radial drag racing world, the announced post-season retirement of Jeg Coughlin from the seat, Jason Line kicking off his last tour as a driver, the upcoming debuts of Kenny Koretsky’s son as well as the son of Chris McGaha in the next few weeks, and the fact that we started the season with 20 pro stock cars on the grounds of Pomona and will follow it up with 19 this weekend. That’s good stuff!

Check out the images below!

2 thoughts on “2020 NHRA Winternationals Pro Stock Action Photos: The 50th Season Of Pro Stock Got Off To A Flying Start”