Just Awesome: This 6.0L LS Engine Is Destroked With A 4.8 Crank and Uses An 8 To 1 Header To Feed The Turbo! 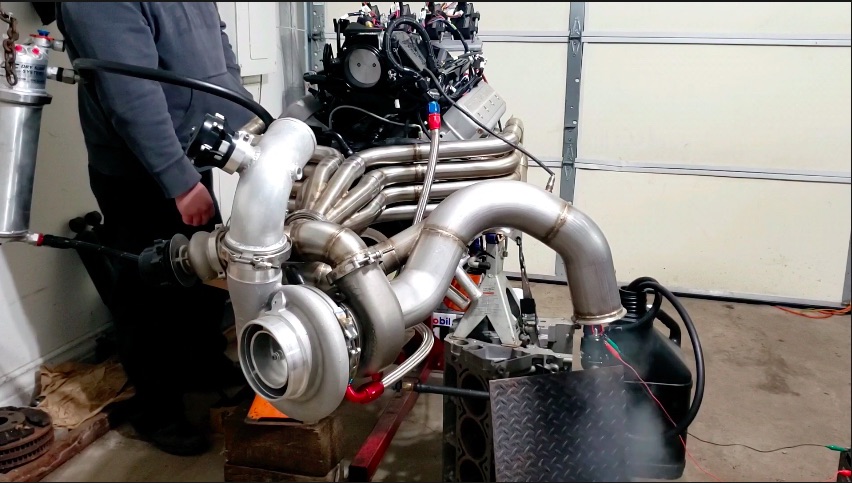 If you are among the people that think all LS engine builds are the same, by all means keep right on walking. If you think no one can do anything interesting with one of these venerable mills your myopia is about to rob you of a pretty cool video. Why? You are looking at a 6.0L version of the LS that, using a Callies crank with a 4.8L short 3.268″ stroke now displaces 328ci. Using heads from a C5R Corvette race car and a Forced Inductions S491 turbocharger the thing is super cool. Now add in the fact that the builder decided to create a wild 8-into-1 header to feed that turbo and we’ve really got a head turner.

You are going to see the engine fired up in his garage and then you are going to see it make multiple pulls on the dyno. The first is naturally aspirated and the next couple involve the turbo with increasing amounts of boost. The 8-1 setup is interesting in that it spools the turbo quickly but according to the owner left some power on the table. The builder said that if he does something similar in the future he will use larger primaries and a larger collector to make more power.

Remember, 328ci when you see the power this sucker makes. It is not small, especially when compared to the displacement! Boost is awesome and so aren’t guys who try different stuff. So neat!

Own Some Piston Pumping History: We Found A Freshly Rebuilt Allison V-1710 Engine On eBay! Awesome Video: This Profile of Early Land Speed Record Pioneers Is Wild and Amazing