Ford Performance Talks About Its Raft Of Support For The 7.3L Godzilla Engine – Announces Creation Of Megazilla Crate Engine 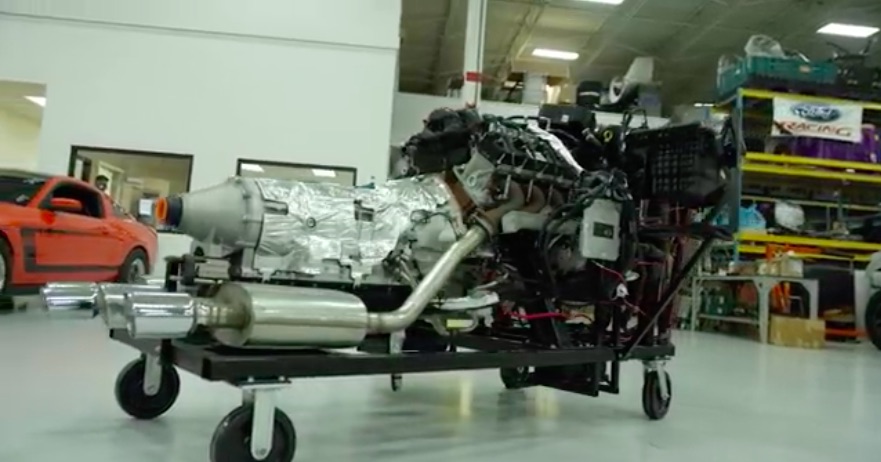 This video from PRI is great on a couple of levels but for starters the biggest one is the fact that Ford Performance is going to fully support the 7.3L Godzilla platform engine. For whatever reason, there was virtually no support for the 6.2L truck engine that came before the more traditional cam in block 7.3 but seeing what the company has cooking up is what makes this video shine. From the control pack they are developing for swaps, the fact that there will be blocks, heads, and other hard parts sold separately for builds, and loads of support parts made by the company, it seems that the 7.3 engine will be around for a while and the company sees the benefits of helping to get them into the hands of hot rodders that love their blue ovals.

The biggest tid-bit in this video is the announcement of a super secret crate engine program called “MegaZilla”. While no details are given here it stands to reason that this will be a boosted (likely supercharged) version of the 7.3L engine. With the way that Chrysler changed the crate engine game with the Hellephant we’re not expecting four digit horsepower but we are thinking 800 or so and sold in higher volume.

The long story short here is that Ford Performance being involved with the 7.3 engine is good for everyone. Their engineering will open paths and opportunities for hot rodders to take it even a step beyond what the factory engineers are going to do. This will be awesome.

2 thoughts on “Ford Performance Talks About Its Raft Of Support For The 7.3L Godzilla Engine – Announces Creation Of Megazilla Crate Engine”