The internal combustion engine is on the ropes here in the United States, at least with regards to new car sales, if you believe the 2035 EV-only offerings deadline that most of the big automotive manufacturers are spouting. With that has come a huge push for other alternatives outside of the electric box as people scramble trying to find ways to keep our beloved internal combustion engines alive, and I commend some of them for it. Mike Copeland at Arrington Performance is one of them who believes we can save the 90 million internal combustion vehicles currently registered in the United States, or at least the cool ones anyway! Can his ideas, and a lot of cool technology, be the savior for hot rodding, racing, and the internal combustion engine as we know it? Before I get into the specifics of the Zero project at Arrington, let’s talk a little bit about alternative fuels in general.

Alternative fuels are nothing new. In fact, the current E-10 fuel that we run in vehicles today contains 10% ethanol and was invented in the 1940s in Nebraska. It was first widely used in the 1970s because of the oil crisis we were experiencing in the United States, as it stretched our supply of gasoline by that 10%. In many states, including California where I grew up, you could get emissions exemptions by configuring your car to run on alternative fuel like methanol or ethanol because the emissions from those fuels were lower and considered biofuel. But until the advent and commercialization of E85 there weren’t easily accessible options to consumers, which has been the issue for any alternative fuel to gasoline and diesel since they became the most common fuels in the world. Regardless of how good a fuel is for an engine, the environment, or consumers, accessibility matters depending on the application. E85 for example is a widely known, understood, and in some cases beloved fuel that has experienced serious hurdles in getting mass distribution across the country.

Combine this with misinformation about how E85 works, how its made, how it should be made, and what it does to your engine and you end up with a fuel that has a large deck stacked against it from the start. So how are new technologies going to survive? What is going to have to happen to keep our internal combustion engines running, AND off the chopping block from the EPA? Are carbon-neutral electrofuels the answer? You’ve probably never even heard of them. They are fuels manufactured from the unburned hydrocarbons in the air, aka the air pollution from our vehicles, and not only clean the air while being made but also do so with green energy. It’s rocket science sounding stuff, but it’s being done.

And if you have a 2018 Camaro and you are worried that gasoline won’t always be around to fuel it, have no fear you can convert it too. Virtually every internal combustion engine on earth could be converted to hydrogen with the right technology and controls. This is where Mike Copeland and Arrington Performance come in.

Arrington has been in the performance game for a long time, building bad ass Hemi powerplants, and Mike Copeland has been a staple in GM’s Performance Division for decades, along with time spent running Lingenfelter Performance, and his own custom shop where engine swaps are the norm. Mike’s goal has always been big power, but also longevity of the hot rodding, racing, and performance world as well. He wants this industry and hobby we all know and love to continue on long after we’re all dead and gone, and at the same time he believes like all of us that clean air and water are good things. Who doesn’t?

To show the potential of hydrogen as a fuel for internal combustion engines, Arrington has gone all-in on technology with partners like Bosch and Red Line Oil who want to see this succeed. They want to help build the technology, and bolster the hydrogen distribution network. It’s the technology that has allowed this to become a reality in 2022. New engine management technology, engine testing, engine data, and a better understanding of what makes an engine happy on hydrogen have led to this bad ass test bed that was built at Arrington and Diversified Creations, Copeland’ss custom shop. But it’s going to take more than a cool truck and a lot of technology to make this a reality for all of us, and that’s where green hydrogen, and support from big oil come in. Both are a reality, which sounds weird, but since big oil have traditionally been the biggest roadblock to any new fuel technology, this could be the big win needed to make our loved engines survive for generations.

This 1948 Chevy pickup has all the right hot rod and street rod style components, including a TCI chassis, American Powertrain TKX 5 speed, Centerforce Clutch, Baer Brakes, Classic Instruments, Forgeline Wheels, Vintage Air, Kicker Stereo, and the list goes on. In fact the only things on it that are “different” than you would normally see are the injectors, the camshaft, and the carbon wrapped fuel tank. Otherwise it’s all normal stuff!

You can check out the truck below, including the video on its build, as well as specs on Arrington’s hydrogen plans.

There is a lot more to discuss and dive into with regards to this, and any other alternative fuel, so we’re going to save most of that for tonight’s discussion and then you can expect a follow-up next week as well. This is exciting stuff and could be the difference between decades of hot rodding left and lifetimes. 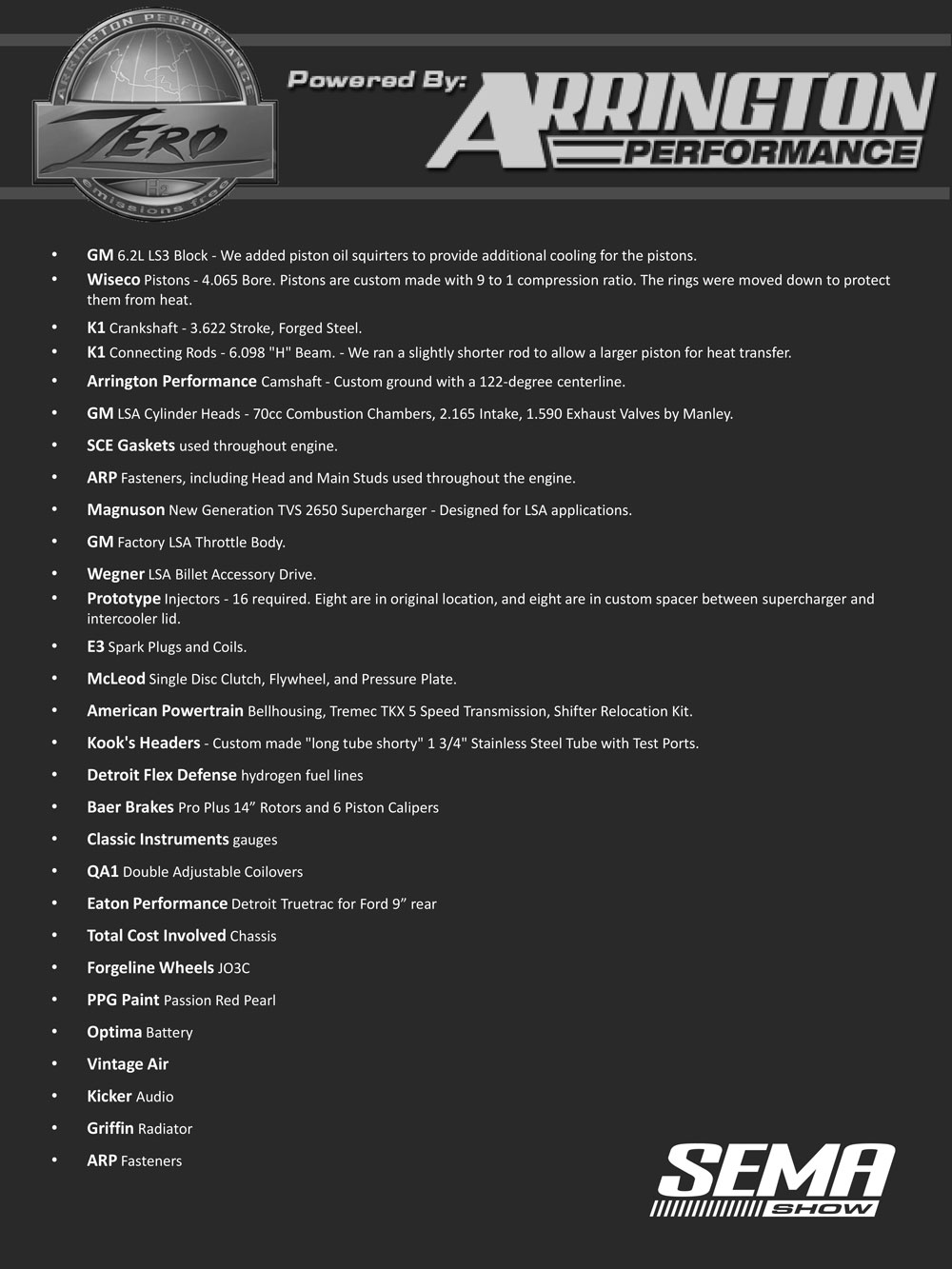 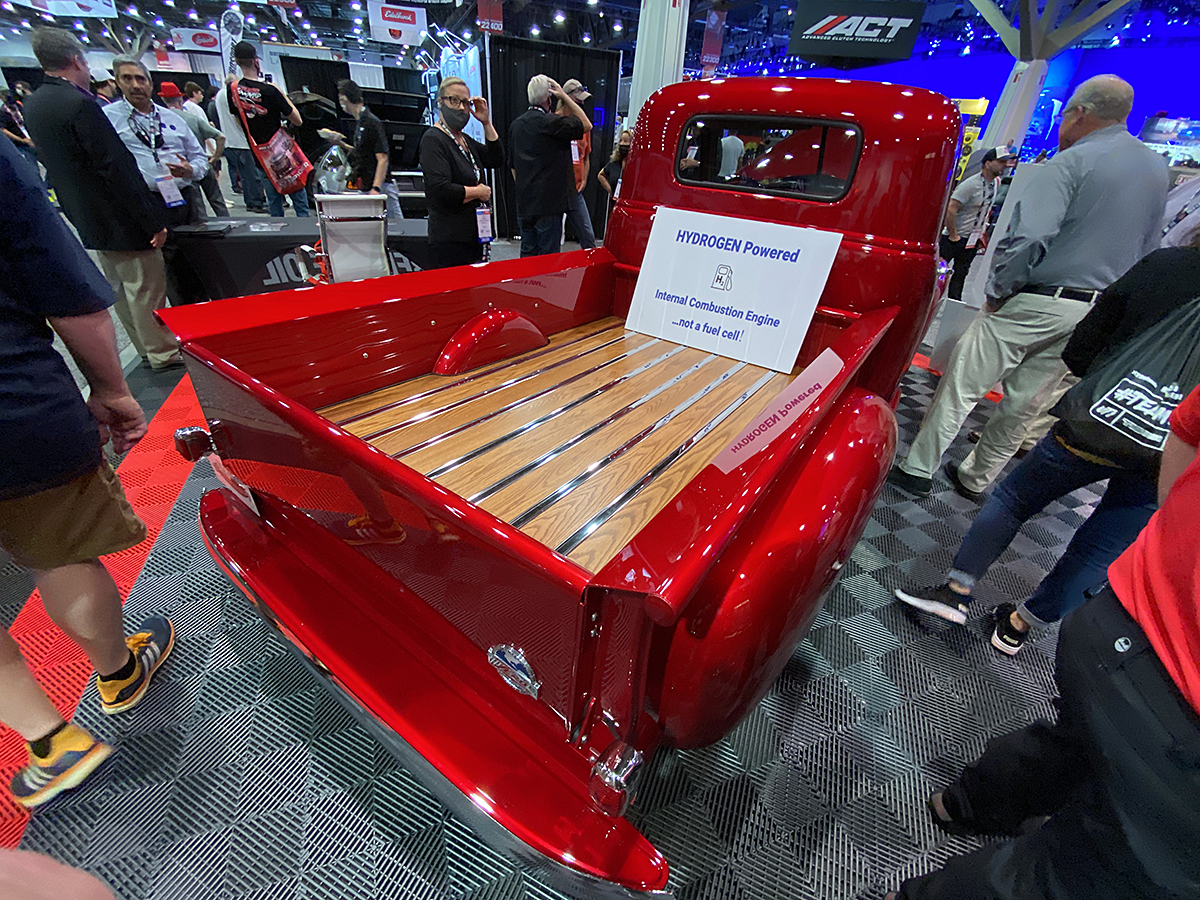 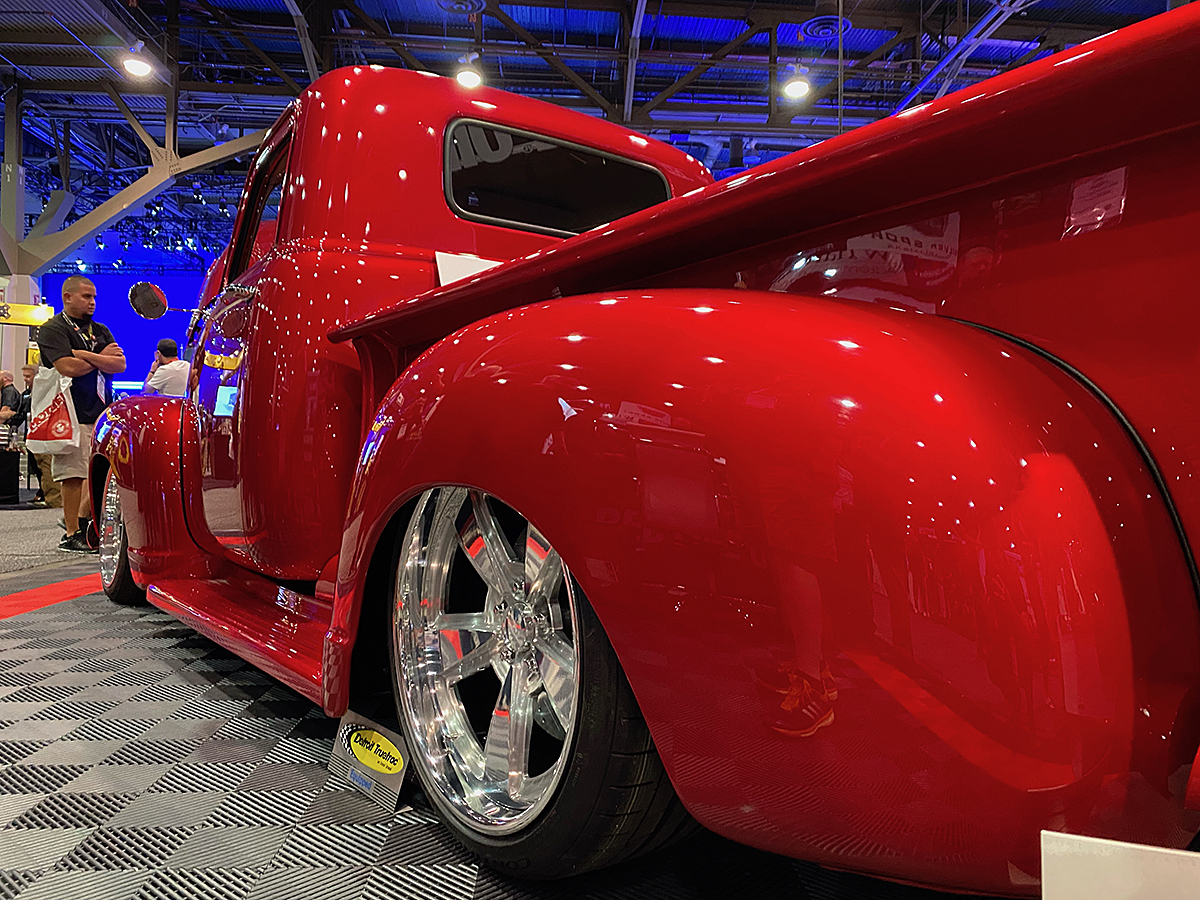 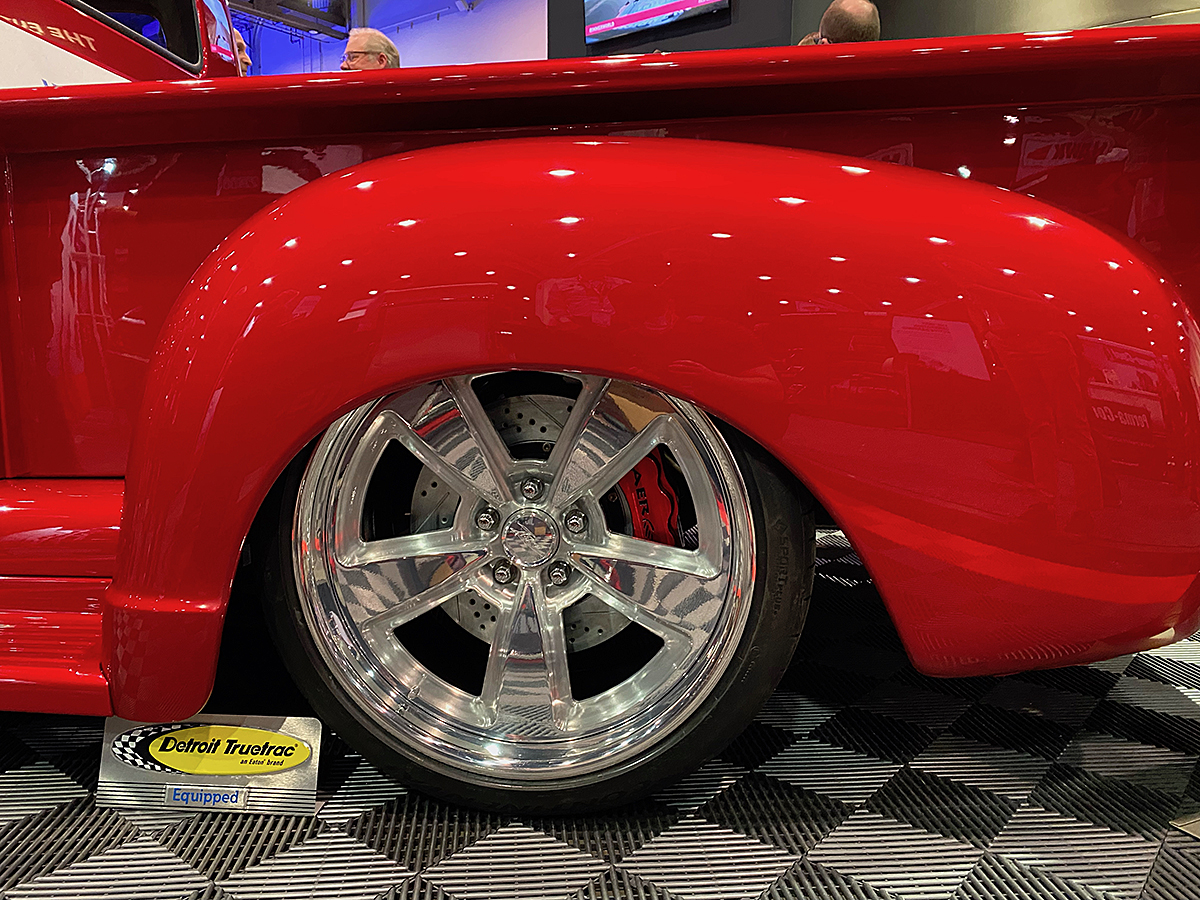 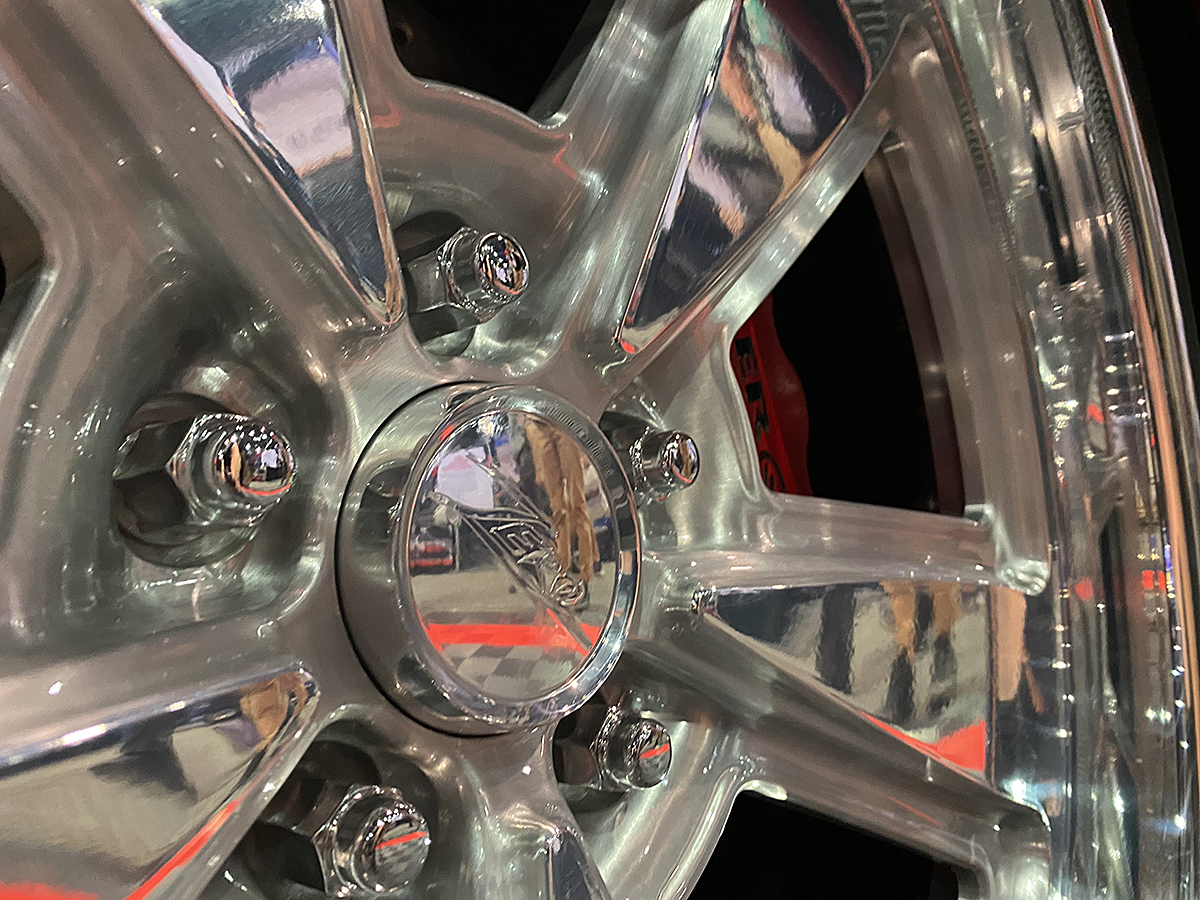 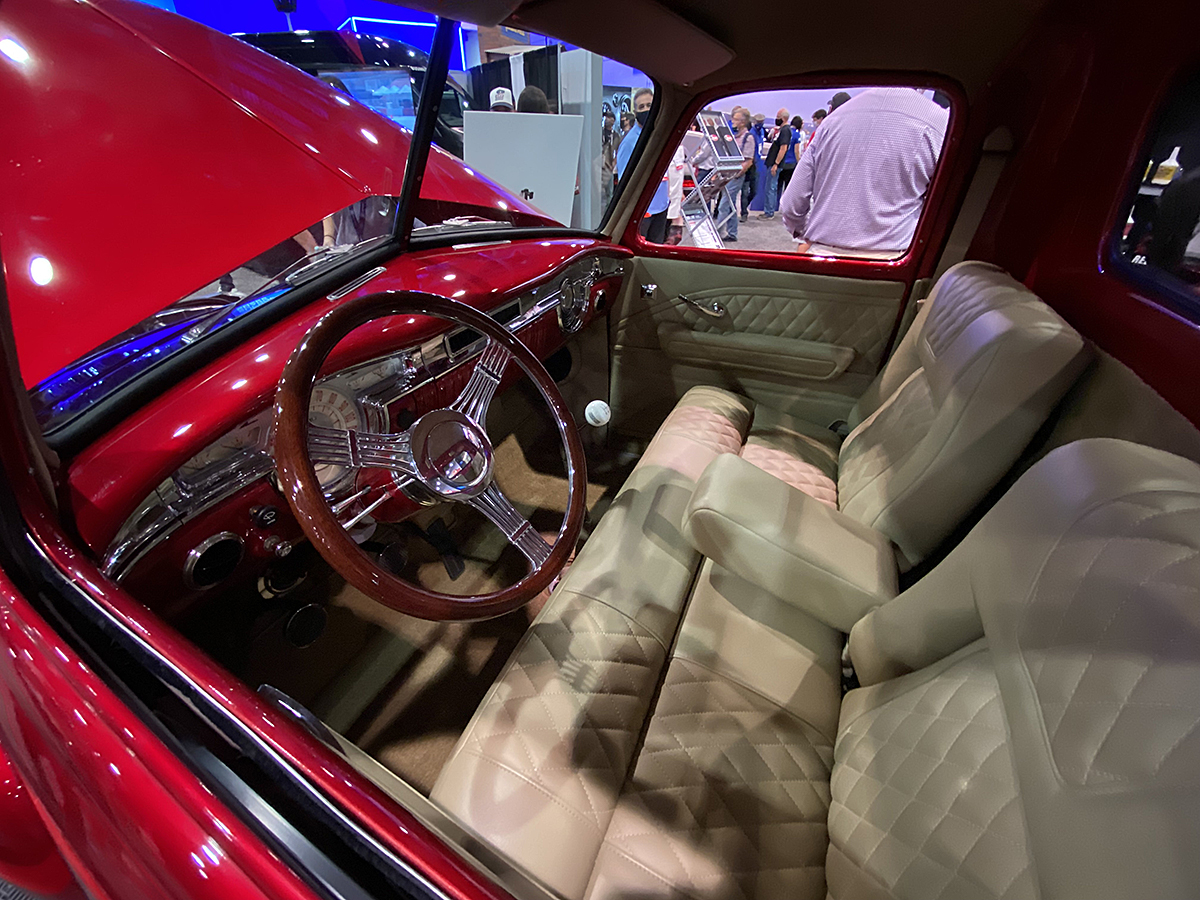 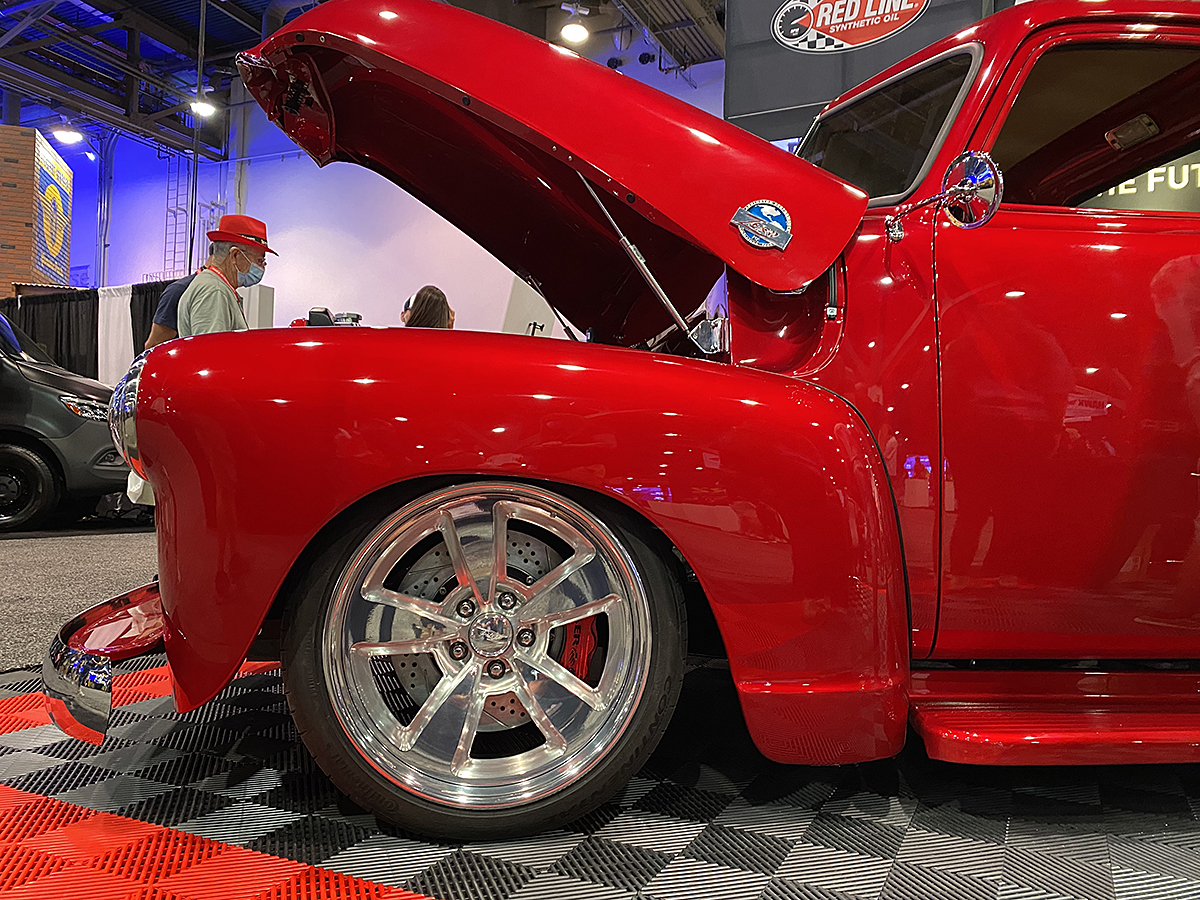 LIVE On PowerShift Tonight! Is Hydrogen The Answer? Saving The Internal Combustion Engine Through Alternative Fuel! The Race Car That Wasn't But Is Now! The Story Of The McKee-Chevrolet Mahyra Is Funny And Awesome

One thought on “Alternative Fuels: Will Hydrogen Save Hot Rodding? Internal Combustion Engines For The Win!”