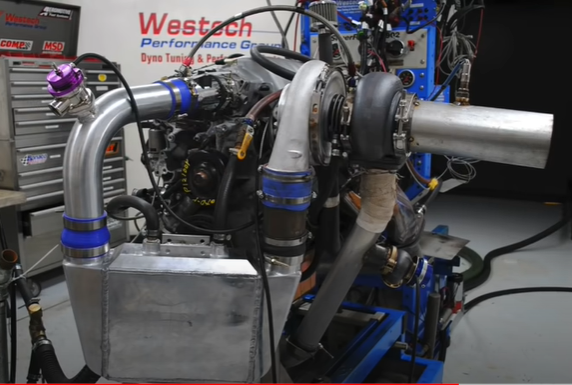 Our boy Richard Holdener is back at it, and this time he’s making big power with late model Gen 3 HEMIs. In recent years, with the development of the Hellcat platforms, Mopar has made horsepower their number one priority. Thankfully, all that work has made it possible to make similar power using any Gen 3 HEMI as a base engine platform. In this video you’ll see two different combos, one that makes Hellcat power, and one that makes well over Hellcat power. We’re talking 700 and 1,000 respectively, which is power that will move any late model Mopar, and really make an early model hot rod fly.

As usual, you can expect Richard to show you the combo, the parts, the tests, and the results so you know that the results are real and easily repeatable if you follow the simple recipe. In fact, that’s the thing we love most about Richard’s testing. Because he’s always testing, and is only in pursuit of data and results, he’s always willing to share what he’s learned, what he’s used, and how he did it. There is no secrecy, which means you can absolutely copy the combination and know what power you’ll end up with. Given the proper tune that is. Since I’ve done plenty of testing with Richard, I can tell you that he’s not one to tune something to the extremes and all of his numbers are realized with conservative, smart, tuning.

Ever Seen A New Roots Blower Go Together? This How It's Made Videos Shows You Step By Step Watch This Massive 1947 Cadillac Sleeper Run 11s At Atco - She's Ugly But Boy Does She Move!