Ever Seen A New Roots Blower Go Together? This How It’s Made Videos Shows You Step By Step 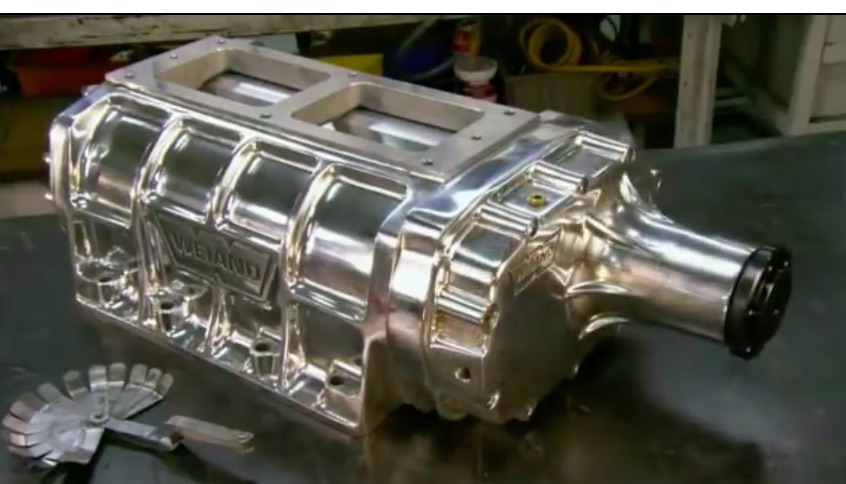 If we were to rank the age of hot rodding power adders, the Roots blower is the granddaddy of them all. Originally developed as a pump for moving air into mines and blast furnaces by a pair of brothers in the 1800s, it would rise to become a signature piece of horsepower making history. The most popular application of the Roots blower was on 2-stroke Detroit Diesel engines starting in the 1930s. Hot rodders saw these devices, which did not make boost on a two stroke as something of a marvel on their four stroke engines. The early adaptations of these things took loads of work to get right but over time, the junkyard became the less preferred place to score a blower and the aftermarket owned the business.

Weiand has been around for a long, long time and their supercharger line has always been a signature part of the brand. In this “How It’s Made” video we see a dude assemble a brandy new 6-71 blower on his workbench. If you have never seen the guts of a supercharger work or understand what’s actually happening in the case, now is your chance.

Roots blowers are cool and they are also misunderstood. Firstly the rotors carry the air around the outside of the case, not straight down through the middle. Secondly there is no pressure in the blower case itself. The intake manifold is where boost is referenced on an engine with this type of power adder.

In our opinion there is no more iconic look for a hot rod to have than a “belt-driven intake manifold” on top of whatever engine you can dream up, the weirder the better. From drag racing to street cruising, the whine and the look of an old fashioned Roots blower is beyond all else. Right?

The Psychotic Doorstop: Take A Ride In A 1982 Lancia 037 Stradale! BangShift Question Of The Day: Do You Miss Model Diversity In Auto Racing?

One thought on “Ever Seen A New Roots Blower Go Together? This How It’s Made Videos Shows You Step By Step”