Heavy Duty Teardown: Go Behind The Scenes With Hagerty As They Blast Apart The World’s Nastiest 401 Buick 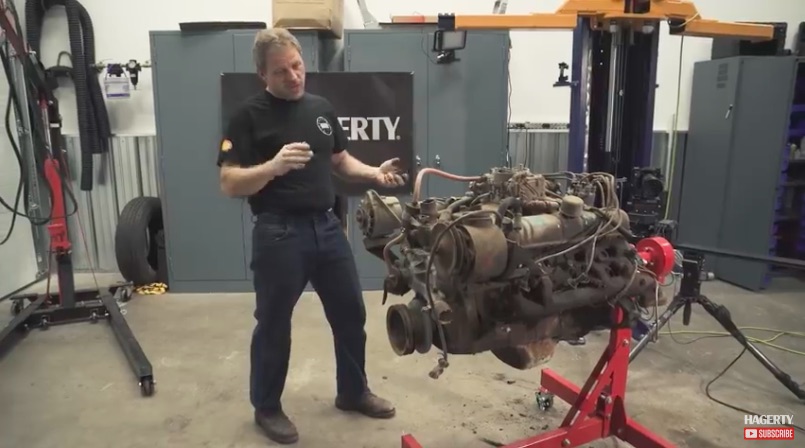 Well, this is handy! We found a cool series on the Hagerty YouTube Channel that documents the behind the scenes process for the next “Redline Rebuild” video that the company will release. These are the time lapse style films that show an engine getting completely rebuilt, machined, assembled, and loved on in over the span of a couple of minutes. Thankfully, the next engine is a Buick 401 and considering the date, we decided to catch you up to speed with what life is like behind the scenes of these videos. Long story short, it is work!

In this case, the Buick engine in question is exceedingly nasty. Not beyond what many BangShifters would find in a wrecking yard (especially one in the Northern climates) and certainly not beyond what some of you have worked with out there before. The thing is covered in crud, has issues like the fact that’s it bound up tight, won’t give up any of the eight pistons, and generally seems to require biohazard stickers to warn anyone within 25 yards that they may be in big trouble for touching it.

If there’s one thing we really love about these behind the scenes videos it is that they don’t really pull any punches of hide anything. There are times when the only option to getting something like this apart is a heavy hammer and a drift. The results of the third video are not exactly shocking, but they are violent and ugly. Not that these pistons were going to get reused anyway, but when you have to break out a pneumatic chisel to get the thing apart you know that you’re in the deep end of the crud pool!

Oh, and the second video? We have never seen ugliness like what lurks beneath the heads on this engine. Seriously, it is right out of the movies.

2 thoughts on “Heavy Duty Teardown: Go Behind The Scenes With Hagerty As They Blast Apart The World’s Nastiest 401 Buick”