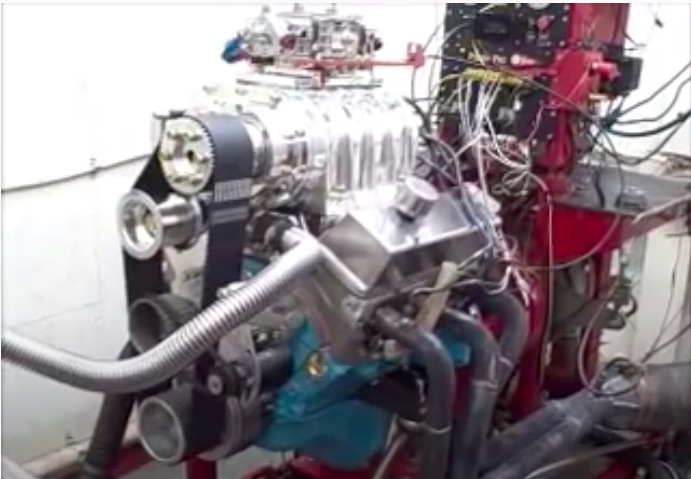 Today I am definitely feeling the alternative engine family flow. From the little sleeper Pinto earlier to this killer V6, there are so many fun ways to make horsepower it’s almost overwhelming. This little engine is a bad ass. A worked GM 4.3L mill, it has a 4-71 blower, a single carb, Lil’ Brodie heads by Brodix, and 8 psi of boost heading into its guts. The result? 454hp at a usable 6,500 RPM and and 406 lb-ft of torque at 5,100 RPM.

Sticking this engine in a ’32 Ford or other little roadster would be awesome and it would totally freak people out. The 4.3L engine being the three-quarter 350 that it is would catch people’s eye especially once they heard it and only saw three exhaust pipes coming off of each head, right? The sound of this V6 is even pretty good. It is not all warbly and screamy. It sounds strong when making the pull we hear and the numbers that is spits out are no joke.

The script on the video says that the engine would have no issues making 500hp with a smaller pulley and more carb. These engines were used in all kinds of stuff including stock cars and open wheel cars as well in different forms.

This engine is cool!

Historical Footage: Introducing The 1957 Chrysler Corporation Forward Look Fleet! Unhinged: The "Bronco II Incident", Or How I Managed To Not Land A Truck On A Friend