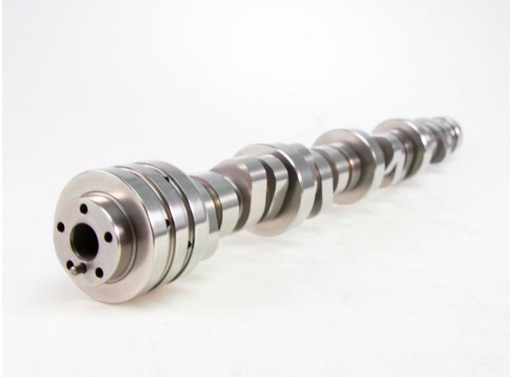 You may be wondering the same thing we are. When do these COMP Cams guys sleep?! A torrent of new parts and components have been introduced this year and that is a trend that shows no signs of abating. Seriously, the crew at COMP has been killing it and they continue to do so with their new HRT series cams for Gen III/IV Chrysler hemi engines.

Available in stages, you can go very mild with a Stage 1 cam the will allow you to keep the factory valve springs but still get you more horsepower. Beyond that, COMP can supply the cam and the necessary valve train parts to make it all work perfectly.

The late model hemi is getting more and more love from the aftermarket and with millions of them on the road and in wrecking yards, it will only be a matter of time before they truly explode as a very popular performance engine. Bingo!

The Gen III/IV Hemi market is rapidly expanding, and the HRT Camshaft Series uses the newest and most advanced lobe designs from COMP Cams® in order to produce some of the highest average power and torque camshafts available for these engines. The “Low Shock Technology” features lobe profiles designed to maximize horsepower while improving stability at higher RPM. These profiles are also easier on the valve springs, enhancing durability and reducing load loss. The new HRT Camshafts receive the Micro Surface Enhancement™ (MSE) finishing process as a standard feature, which increases strength and performance by reducing surface peak roughness and provides a 250% improvement in the effective load bearing area, allowing for much higher loads.

Organized into stages, these new options range from mild to wild! All HRT Stage 1 Camshafts are No Springs Required, which keeps cost down while still providing awesome horsepower increases over stock. Stages 2 and 3 for both Gen III and Gen IV applications work with COMP Cams® Beehive™ and Conical Valve Springs, but COMP Cams® is also introducing new HEMI Valve Spring Kits, engineered to produce the most power and RPM of any current options.