Fun At The Strip: A Cummins Powered Ram Takes On A Lamborghini Huracan For Grudge Racing Fun 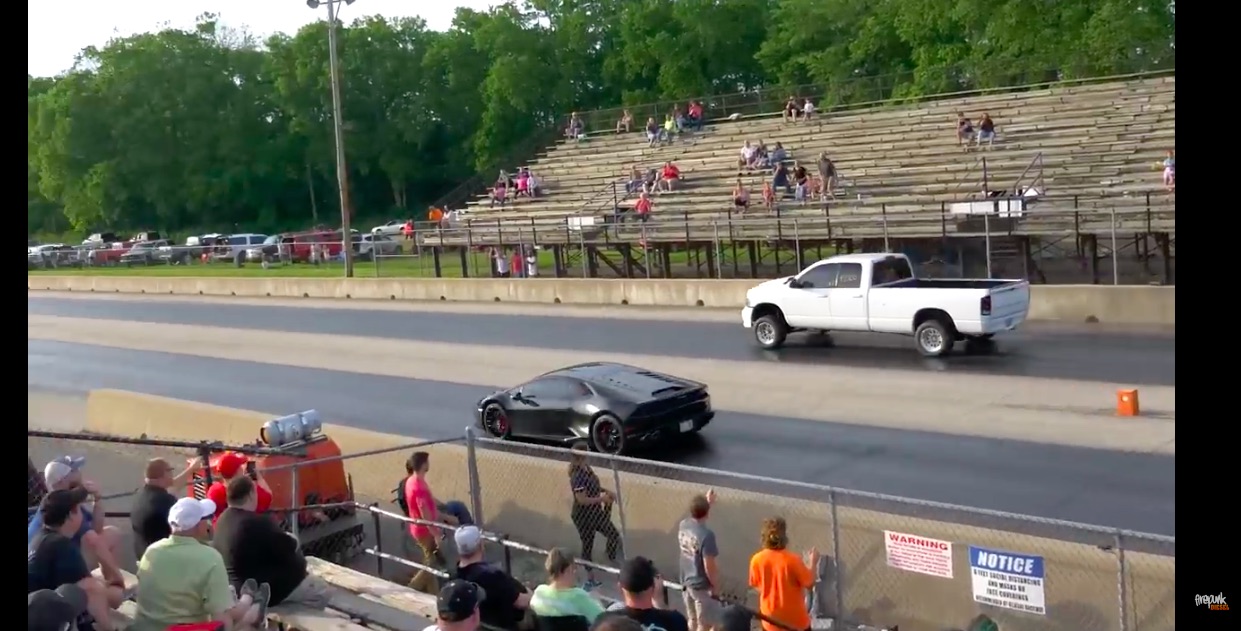 Now this is drag racing fun as it should be! You are going to see a Cummins powered Ram taking on a Lamborghini Huracan for grudge racing fun at Kil-Kare Raceway in Ohio. Lavon Miller of Firepunk Diesel brought out his street truck to have a great night at the strip with one of his buddies who happens to own a Lamborghini Huracan. This isn’t a video made to humiliate the Lambo, it’s really just a great illustration of what a night at the local drag strip should be…especially with two awesome hunks of performance iron.

The Ram is packing a Cummins inline six which has been worked up (those Firepunk guys cannot leave anything alone) and the Huracan is obviously packing all the horsepower Lamborghini can wring out of a 5.2L V10. Both have “all wheel drive” and the truck outweighs the Lambo by a big margin. The video does have an interesting tech twist as Miller is trying out a prototype version of a staging boost limiter that Miller and his company are developing. It literally installs with a plug and one bolt. Oh…and it works.

The pals race a few times and even manage to get a seat swap in for the last round of their fun. What does the truck run? What does the Lambo run? Just watch the video to find out. One thing we will say is that Lavon Miller is not a guy who ever shows up to the strip without a weapon…for fun or not!

Press play to see this fun grudge racing night between a Lambo and a Dodge!

Silent Scorcher: The Rimac Nevera Is An Electric HyperCar Packing Nearly 2,000hp Holding Up? These Guys Stick A 180,000 Mile 1989 Shelby CSX On The Dyno To Check Its Power Levels

2 thoughts on “Fun At The Strip: A Cummins Powered Ram Takes On A Lamborghini Huracan For Grudge Racing Fun”