Drag Strip Time Machine: This Footage From Pomona In 1962 Is Absolutely Amazing 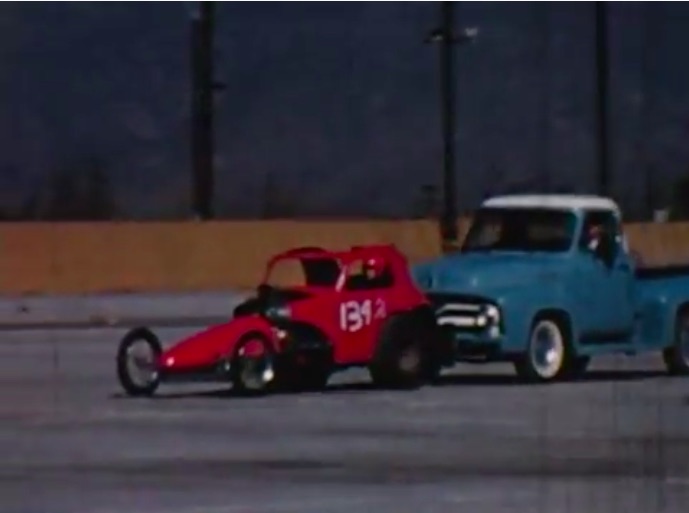 There’s understanding classic drag racing history and then there is SEEING classic drag racing footage. In the terms of this video we get to watch, almost like a fly on the wall, a drag racing being held at Pomona, California back in 1962, or that’s the year the video claims. The cars are all of the correct period so we do think that the date is accurate. You’ll see stockers, coupes, altereds, dragsters, and more in competition making rips down the quarter mile course.

This is old 8mm film so there is no sound. While that may seem like a large bummer, it isn’t. The lack of sound lets you really key in on the cars and pay attention to just how amazing they are. There’s even an interlude in the middle here that shows a coupe in mid-construction in front of someone’s garage, which probably belonged to the kid’s folks.

This was the era before the cars made enough power to smoke the tires all the way down. An era where the NHRA had their nitromethane hiatus, and an era when gasoline was about a gnarly as it got for fuels out there. You’ll see cars like the Dragmaster Dart and other notables of the era out here competing as well.

One of the funnier moments is the capture of the woman’s portable restroom that was being employed on the grounds. 57 years later, how is this still the primary relief method at so many tracks? Judging by the line, there was far few woman’s facilities available for this event.

A great look back at the SoCal roots of the drag racing sport. One that even in silence is powerful.

Press play below to see this incredible 1962 Pomona footage –

Shocker: We Have Discvered A Hot Rodded Fiero That Is Actually Really Cool! Let's Go Drag Racing In 1978! This Footage From An NHRA Points Race In Edmonton Rules!

2 thoughts on “Drag Strip Time Machine: This Footage From Pomona In 1962 Is Absolutely Amazing”