Out With The Old: The Hagerty Buick Straight Eight Build Get Swapped Ford A 1957 Caddy 365! 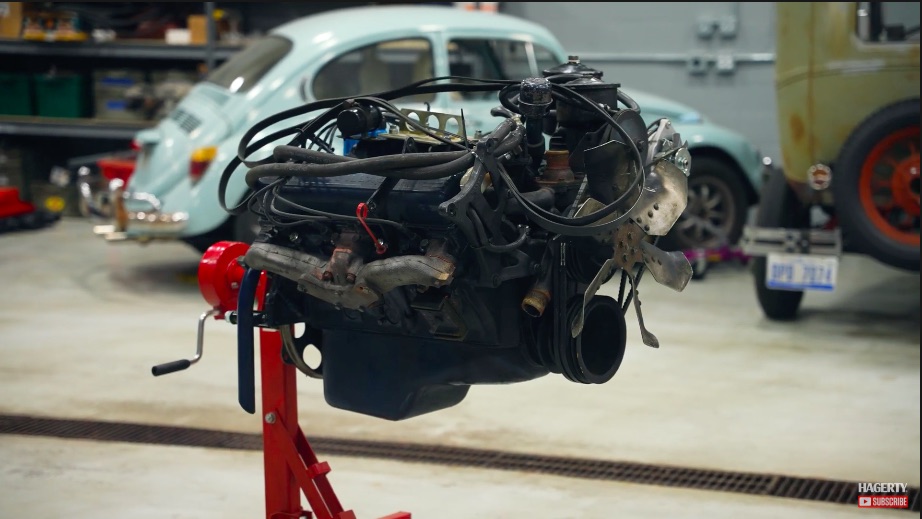 All good things must come to an end and while we’ve really loved watching the Hagerty Buick straight eight redline rebuild, this next one seems pretty radical as well. In this video you are going to see Davin take the Buick to the shop where it will be swapped into the amazing 1950 model year convertible it will live in and he picks up the next engine which is a 1957 Cadillac 365ci V8 that will be getting the full treatment soon. The Cadillac is more traditional in the sense that it’s a V style engine but we’ve never seen the guts of one before.

The 365ci Cadillac V8 was revealed in 1956 and is effectively identical to the ground breaking 331ci OHV engine that the company rolled out and changed the American auto industry with in 1949. The 331 lasted in its original form until 1955 and then in 1956 the bore was expanded to 4.00 inches and the stroke was kept at 3.625. The engine was made in this way until 1958 and it was a pretty stout player for its day, making 310hp. The hottest version of the engine actually wore three carbs in in 1958 and made an eyebrow raising 335hp at the time.

This Cadillac will be less a hot rodding project and more a restoration. We’re just interested in seeing what kind of shape the thing is in internally as it looks pretty nice from the outside!

Press play below to see the Buick Straight Eight Project engine get swapped for a Caddy!

2 thoughts on “Out With The Old: The Hagerty Buick Straight Eight Build Get Swapped Ford A 1957 Caddy 365!”