Back On The Buick: Here’s A Lost Episode Of The Hagerty Straight Eight Redline Rebuild Series 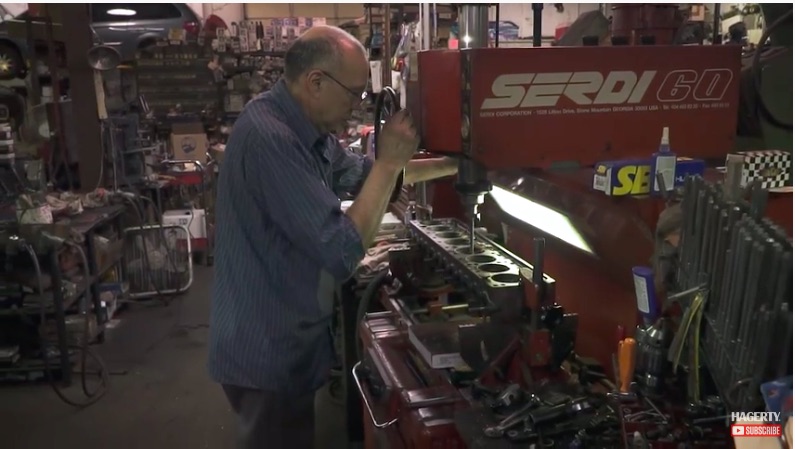 We’ve been jonesing for an update on the Hagerty Buick Straight Eight Redline Rebuild project from Hagerty of late. With the whole social distancing and other junk it’s stopped a lot of these projects in their tracks. Thankfully there was some footage that had been overlooked and has not been found. This episode takes us back to the machine shop and shows a few interesting things regarding the cylinder head  that is going back on the engine.

Between the CC work that is done, the porting and polishing, and other touching that’s handled on the head, the different in volume is interesting. There’s actually some CC volume to be made back with a fresh set of modern valves as the factory ones have a huge dish in them and actually add a fairly large amount of volume to the chamber.

This is neat stuff as we have never messed with an inline eight. Having not been down this road before we get the feeling that we learn something from every one of the series videos. This engine has been a toughie since the start of the project but the progress, while slow, is being made.

The head looks at lot better at the end than at the start. Sporty!

FREE LIVE STREAMING VIDEO!!! We're Bringing You Rocky Mountain Race Week LIVE Starting Next Week! Are Volvo and Koenigsegg Teaming Up On A Car? It Actually Looks That Way!