Here’s What It Looks Like When A 12-Second Truck Takes On A 7-Second Top Sportsman Car – Handicapped Start! 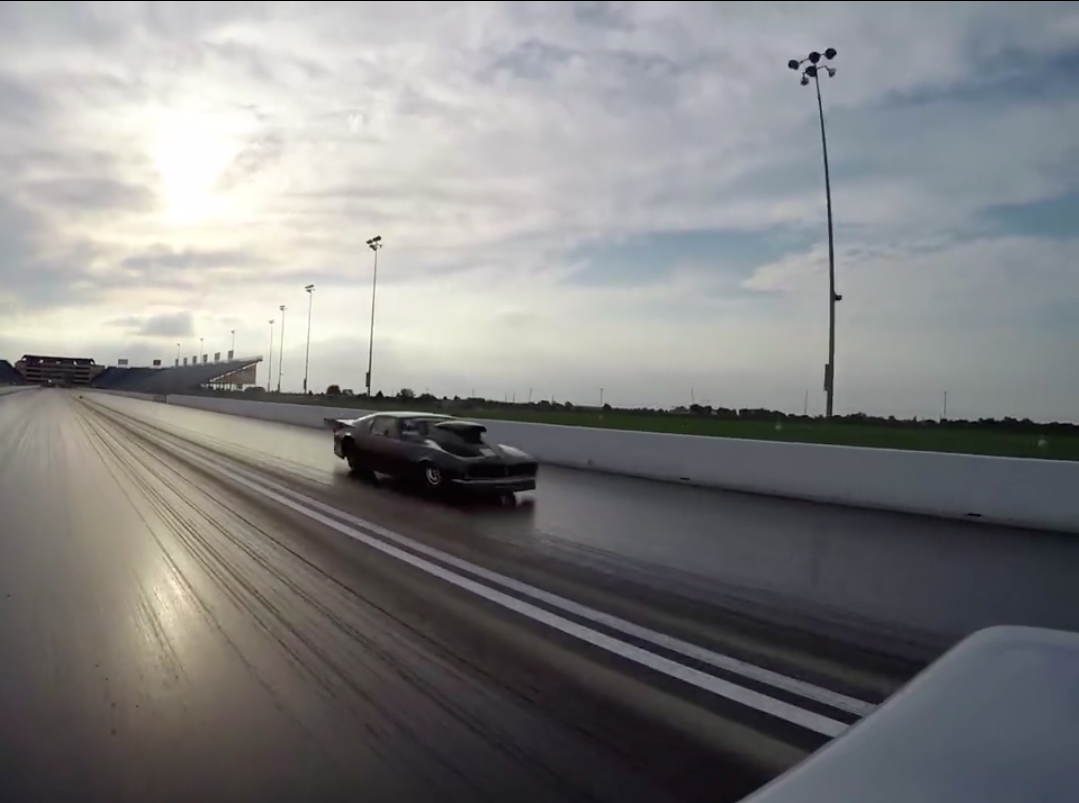 After three tough days of racing at the Nitto NMRA/NMCA Super Bowl of Street Legal Drag Racing, the real fun begins. Class champions from the NMRA and the NMCA clash in one of drag racing’s most unique exhibitions known as the Super Bowl Shootout. Some classes run heads up and some run with a handicapped, no breakout format. While the majority of the classes are fairly close in elapsed time, there was one really glaring exception and it was when the winner of the NMRA’s Detroit Locker Truck and Lightning Class Jim Roberts squared off against the winner of the NMCA Top Sportsman class Eddie Banderowicz. We’re talking about a 12-second truck taking on a middle 7-second Camaro with a monster Rehr and Morrison engine in it.

The beauty of this situation is that both guys were running flat-out. The only object was to get to the end of the race track first. There’s no such thing as a breakout in this scenario so it was simply about getting to the stripe first. In a stroke of genius, the guys at Promedia strapped some cameras to the truck and got great video. They posted the rearward facing video because it is the most dramatic look at the run.

You will see Roberts’ truck launch and start to make some pretty good steam down track and just about the time that Eddie’s Camaro is out of sight you can hear the huge motor roar to life and the distance between the two cars begins to shrink and shrink rapidly. How close was it at the stripe? How about .0064 favoring…..the Camaro.

Watch one of the wildest drag racing videos you will see all day right here!

5 thoughts on “Here’s What It Looks Like When A 12-Second Truck Takes On A 7-Second Top Sportsman Car – Handicapped Start!”