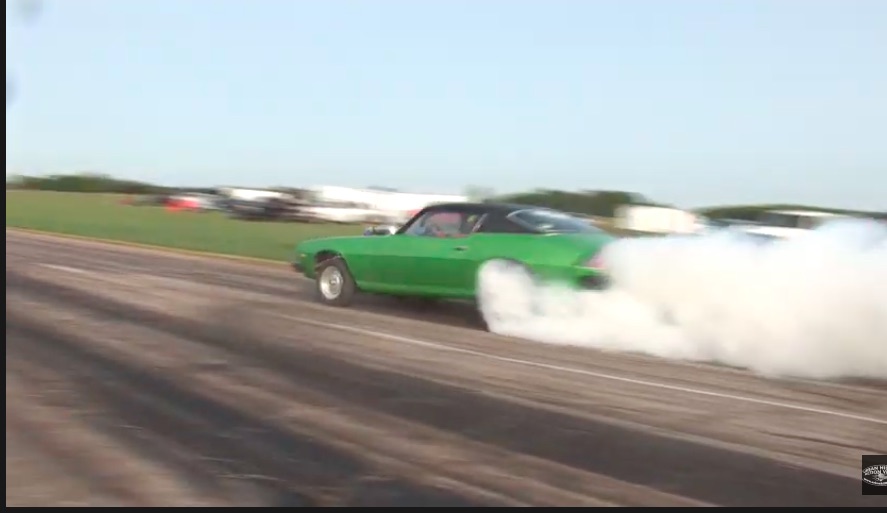 2020 is a complicated year. Locally, globally, internally, externally, just straight up complicated. That’s why this video from Kansas is such a refreshing thing to see and it’s not the first time we have shown you this spot. Urban Hillbilly first showed off this amazing little grudge racing haven earlier this year and they released another video from the busted little air strip recently and we just love every second of it. Why? Because this is the “drag racing was better when I was a kid
crowd” refuses to acknowledge exists today. Not only this this the same type of stuff that was going on 50 years ago, it’s happening with cars that make like five times the power.

Yes, this is reckless. Yes, this is “unsanctioned” but the bottom line is that as much as we want to believe so much of drag racing takes place with a rule book in one hand and a safety crew in the other, it doesn’t. It’s actually heartwarming to see this happening because it shows the spirit and gumption of hot rodders, drag racers, and horsepower lovers is virtually unstoppable.

We love drag racing from top to bottom around here and we’re not sure where you’d rank this on the scale but for us, seeing the beautiful simplicity of some people having fun on a patch of asphalt most of the world either forgot or never knew existed is pretty awesome.

In a year of complication this is simply fantastic.

Nitro Time Machine: That Time John Force Saw Elvis At 1,000ft - Never Before Seen Memphis 1992 Wreck Footage What If They Threw A Race And The Wrong Racers Came - That Happened In England In 1972 - The Rothmans 50,000

One thought on “Simple, Awesome, and Fun: Watch These Hot Rods Hammer Down An Old Kansas Air Strip”