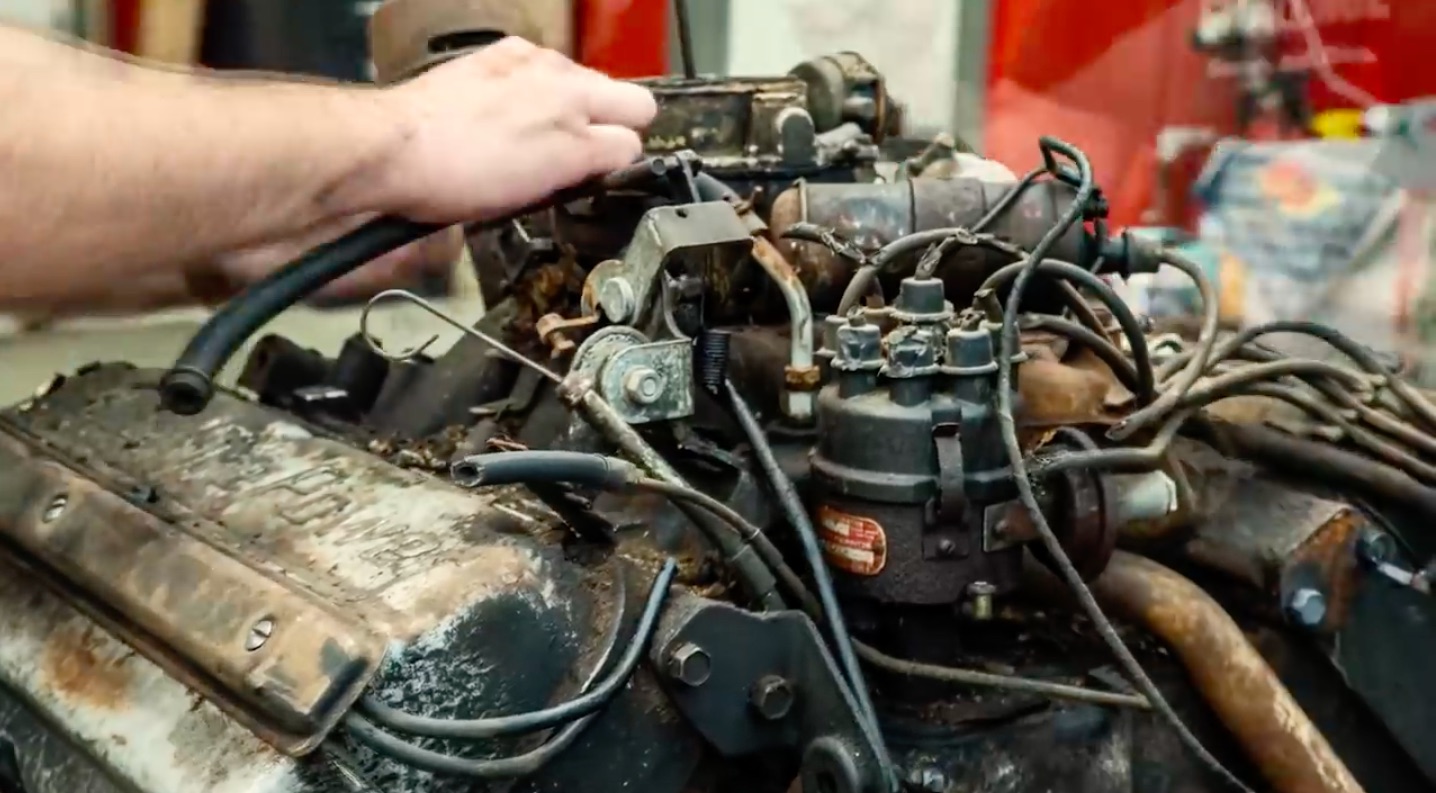 The first generation Chrysler Firepower Hemi came straight out of the company’s experience building engines for various military applications. Transitioning into the post war world of automotive production, engineers knew that they had a proven, power making commodity on their hands and in 1951 they rolled out the engine line that would run until 1958 and see a second life (in a completely different form) in the middle 1960s and on. The Chrysler Firepower hemi displaced 331, 354, and 392ci through the seven years it was in production and while we’re not sure what displacement this engine is, we know it is a Gen 1 mill.

The vast majority of BangShifters know this but for those that do not, the easiest way to spot a Gen 1 hemi is the fact that the distributor is at the rear of the engine, not jabbed into the side like the later Gen 2 models. Also know that while the Chrysler Firepower, Dodge Red Ram, and DeSoto Firedome were all hemi engines they really did not share any parts. Weird, right?

The guys and girls at Hagerty collector car insurance put this video together as a follow up from their last effort that saw a vintage flathead Ford get the rebuilt treatment as well. The coolest thing about this video, like that older one is the fact that we see EVERY step of the process from the moment the coffee pot gets turned on to the teardown, cleaning, machining of the block, and the reassembly. Some 40,000 images were taken to make this video according to the description and that’s a herculean thing.

Whether you are a Chrysler fan or not, there’s just something neat about one of these old engines getting a new lease on life. Kill your Prius!

Hand Built Miniature Kenworth, Drives, Has Airbrakes, and Makes Us Smile - Unreal! Unhinged: The Right And Wrong Way To Sell The 1982 Ford Mustang

One thought on “Hustlin’ Hemi Video: Watch A Gen 1 Chrysler Firepower Hemi Get Torn Down, Machined, and Rebuilt In 5 Minutes!”