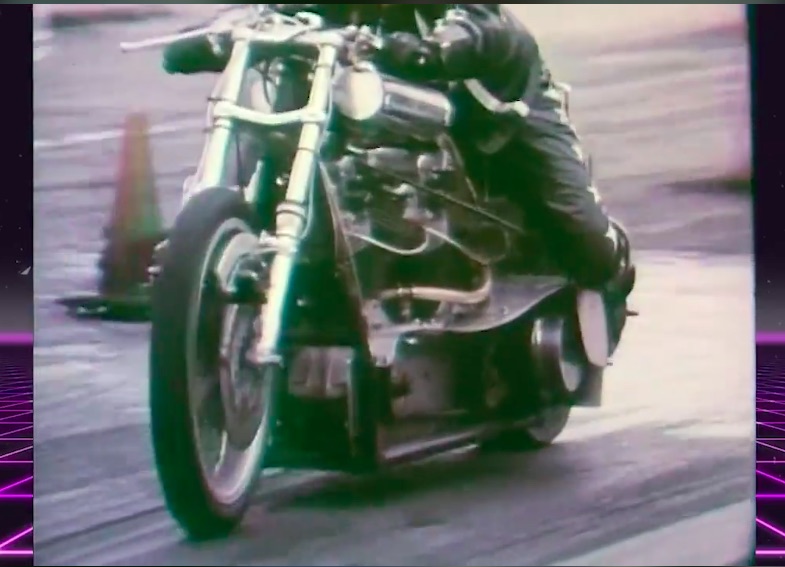 When a sport like drag racing grows and evolves, things change and sometimes they simply go away. In today’s world of NHRA drag racing we have the Mickey Thompson top fuel Harley-Davidson category but back in 1974 the NHRA had a class simply known as “fuel bike”.  These were awesome machines that were multiple engine, tiny slick wearing, nitromethane burning monsters that ran single digit elapsed times and had a host of characters that rode them. “Grandpa” Joe Smith was one of those guys and while his age may have got him some jabs from competitors, his skills and horsepower allowed him to answer those jabs with jaw shattering blows. Take this video for example.

Smith wins the 1974 US Nationals here and it was a feat he accomplished three times in his NHRA career. Outside of the NHRA, where the class only ran intermittently, Smith had a motorcycle shop that funded his career and life.

If you listen really closely it definitely sounds like these things are spinning those tiny little slicks down track and when you watch the drivers manhandling the motorcycles, that all seems to be confirmed. Wild stuff by any definition! It’s hilarious to listen to the announcer who is way, way out of his depth here. Pay close attention to the end up to the finals and what he calls the motorcycles. Good thing for him they edited this later because if it were live, those guys would have burned the tower down with him in it!

1990s Pro Street Find: This 1995 Pontiac Firebird Has A 712ci Engine, A License Plate, and The Most '90s Paint Ever Raptor Rivals: The New F-150 Will Bring A New Version Of Ford's Off-Roader, But Who Else is Showing Up?