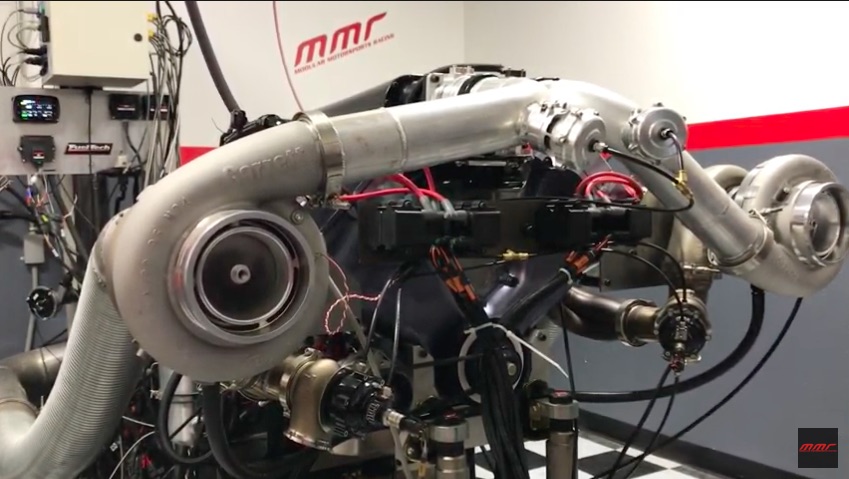 When it comes to drag racing, there is one element of the sport that doesn’t get enough credit. That’s the fact that drag racers have long had the tradition of taking a factory style architecture engine and turning it into some sort of truly roaring beast. Of course the Chrysler hemi is the prime example of this, but the same can be said of the big block Chevy with stuff like the 481X, the shotgun Ford hemi in the mountain motor pro stock world, the billet LS engines we’re starting to see, and of course the Ford Coyote engine. Yes, the little Coyote engine has been made into a drag strip terror with companies like MMR leading the way. What makes this impressive?

How about an engine right around 350ci that turns 10,000 rpm, has two 94mm turbochargers hanging off of it and is capable of making upwards of 4,000hp assuming that the conditions are present to do it. No, there’s not Ford parts inside or outside this engine but it uses the factory bore spacing and other elements that make a Coyote motor a Coyote motor.

Having seen MMR race cars on the track, having witnessed their seemingly impossible giant killing capabilities, and having lusted after the sound of their five digit RPM capability, this video really has me smiling big. We live in an era that door slammers on alcohol have twice as much power as a top fuel dragster did about 30 years ago. Insane!