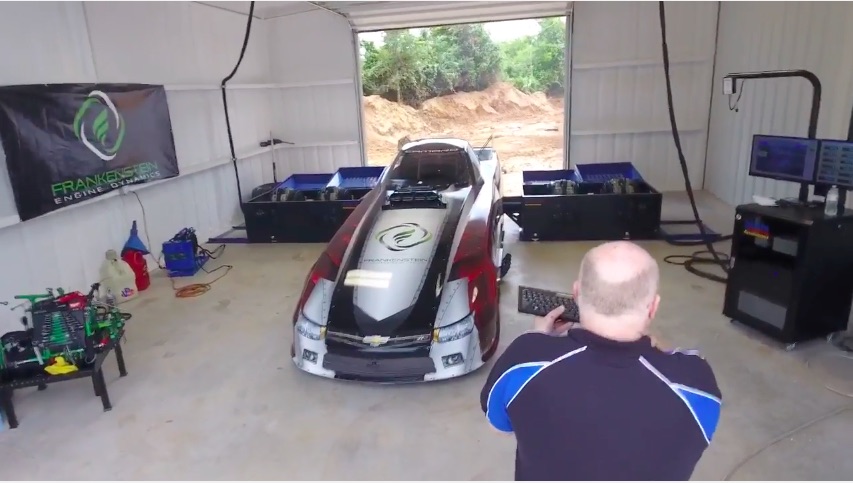 I love alcohol funny cars. As we have told you a million and a half times here over the years, they are among the most difficult cars to drive in the sport, they are fast as the dickens and they are largely operated by close knit family teams that live and bleed for the sport. The class is ultra-competitive and there are cars spread far and wide across the country. Texas is a hot bed of alcohol racing and guys like Jeff Jones are part of it his Imperial Construction NHRA Alcohol Funny Car is on full display in this video.

Up until this point in history if you wanted to learn stuff about your funny car you went testing. That meant that you dragged your car, your rig, and all your guys to the track, made as many runs as you could so long as the rain did not come in and you took what you learned, trying to make it better by making tune up changes between the runs. It’s not easy and it’s pretty expensive.

With the proliferation of hub style dynos over the last couple of years, cars with ever more power can be attached to them and run. We’re not talking about just street cars, we’re talking pro mods, funny cars, etc. In fact that’s exactly what you are going to see here. The Imperial Construction NHRA Alcohol Funny Car making a rip on the Frankenstein Engine Dynamics hub dyno. It is brutal!

We do not see any numbers but we’re interesting in knowing what they are. These cars make around 3,000hp and knowing how much of that makes it all the way to the rear slicks would be cool. Areas of loss would be clutch slippage, torque converter slippage, or the power used to spin the Lenco.