NHRA Pro Stock News: In 2018 Teams Can Use ANY Accepted Engine Combo In ANY Accepted Body – Team Requested – OEM Approved 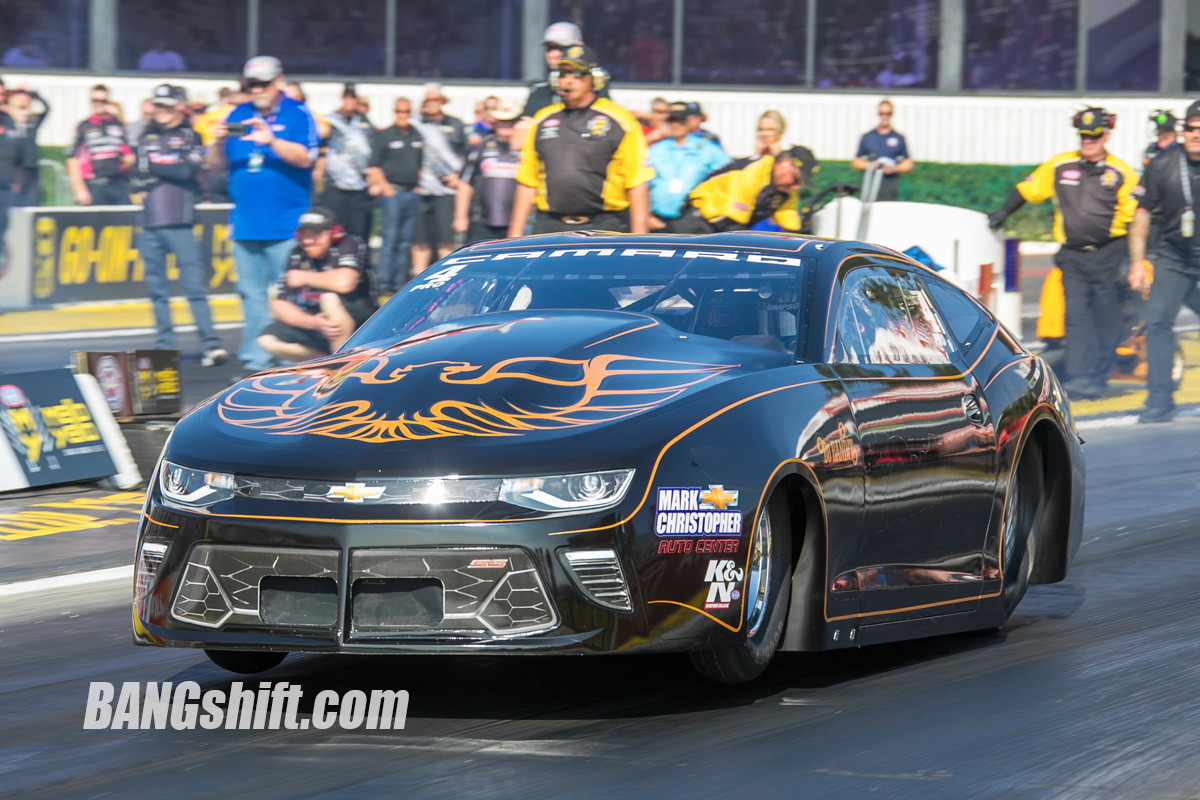 December 4th, 2017 will be a date that’ll live forever in the annals of NHRA pro stock history. Why? It is the date that the NHRA announced that pro stock teams will be able to run any accepted engine combo in the nose of any accepted body. That means you’ll see cross branded engine and car combos. That also means that you’ll see a couple of new bodies out there as well. Jerry Haas has publicly stated that he’s got a couple of Mustangs under construction right now and there are already rumors swirling about a potential import body on the horizon as well.

The decision comes at the behest of teams who were asking for it and it comes with the approval of the OEM manufacturers who are decided more concerned with how things are contested in the SAMTech.edu Factory Stock Showdown series which has expanded and will continue to showcase factory built cars with factory based engines.

You don’t have to have a degree in advanced physics or reasoning to understand what engine will be the mill of choice for many teams and it isn’t the pro stock Mopar hemi. Nope, it’ll be the “Chevy” engine that finds its way into virtually all things at this point.

The class will be contested at all 24 races next season, it will be run as 16-car fields, and it’ll be that way because pro stock team owners have guaranteed the association that there will be a minimum of 16 cars at each event. There will also be loads more collaboration behind the scenes between the larger teams and the smaller ones as has been mentioned in many stories over the last month or so but more prevalently in the last couple of weeks.

Before you flame the NHRA for the decision, remember, this is a request that came from the teams to start with.

Here’s an excerpt of the NHRA.com announcement, click the image below for the full NHRA story –

“The NHRA Technical Department worked very closely with the Pro Stock teams and the vehicle manufacturers in finalizing this rule change,” said NHRA Vice President-Technical Operations Glen Gray. “The cooperation from all of those involved in the process was very encouraging and we look forward to the 2018 Pro Stock season.”

The decision, which was announced today in a letter to Pro Stock teams, should provide fans with a wider variety of entries in the class, including more Dodge Darts and Ford Mustangs. Chevrolet Camaros have been the bodystyle of choice the last several years; Dodge pilot Allen Johnson was the last non-Chevy driver to win the world championship, in 2012.

“Even before this announcement I’ve had some interest from people wanting to run Mustangs, and I’m sure that as soon as the announcement gets out there, I’ll get more calls and interest in the Dodges, too” said Jerry Haas, who has been building Pro Stock chassis for four decades. “All three of the bodystyles – Ford, Chevy, and Dodge – are so close aerodynamically that there’s no advantage or penalty for choosing your favorite. They’re all so close its unreal.” 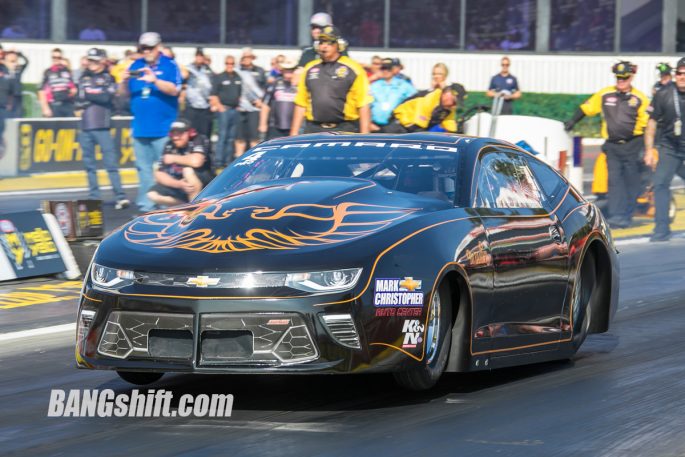 51 thoughts on “NHRA Pro Stock News: In 2018 Teams Can Use ANY Accepted Engine Combo In ANY Accepted Body – Team Requested – OEM Approved”