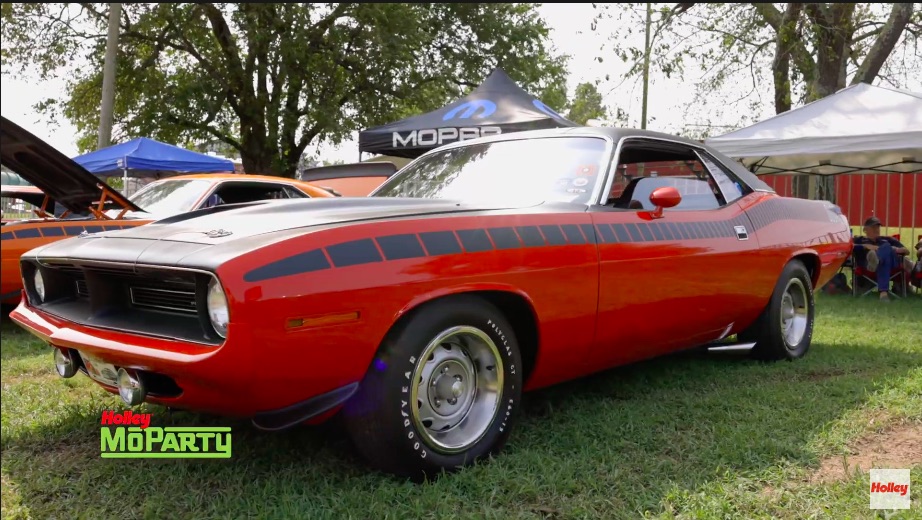 Despite all that happened in 2020, Holley crushed it at their triumvirate of events. LS Fest, the Intergalactic Ford Festival, and the Holley MoParty were all smashing successes in the rolling hills of Bowling Green, Kentucky. People have such passion and love for their cars that they just want to go have fun with them and these events provide all of that and more. In this video made by Holley at the MoParty we meet Chet Biggers and the 1970 AAR ‘Cuda that he restored. Chet has loved these cars since the moment he saw them and it was a lifelong goal to own one, especially one as nice as this. He achieved that goal by restoring the car himself, working on it each weekend for a period of about half a decade. The results are amazing and speak for themselves.

The AAR ‘Cuda was an homologation model made so that Chrysler could compete in the burgeoning Trans-Am series that pitted the nation’s coolest Pony Cars against each other. The Chevrolet Z/28 Camaro, the AMC Javelin, and the Ford Boss 302 Mustang were all there competing already and Chrysler wanted in. By building these cars and fielding a two car team with Sam Posey and Swede Savage driving, they dove headlong into the series. The street cars sold in low but good volume as 2,724 AAR ‘Cudas were built. There was a corresponding Challenger T/A as well.

The race cars never accomplished much but the street cars were quick, powerful, and ultimately cool. This video is proof of that!

A Second Electric SUV Coming From GM? Can The Bolt EUV Be The Hummer's Little Brother? Cool Old Press Photos: Here's The Introduction For The '57 Ford C-Series Cab-Over Truck - They Built These Until 1990!