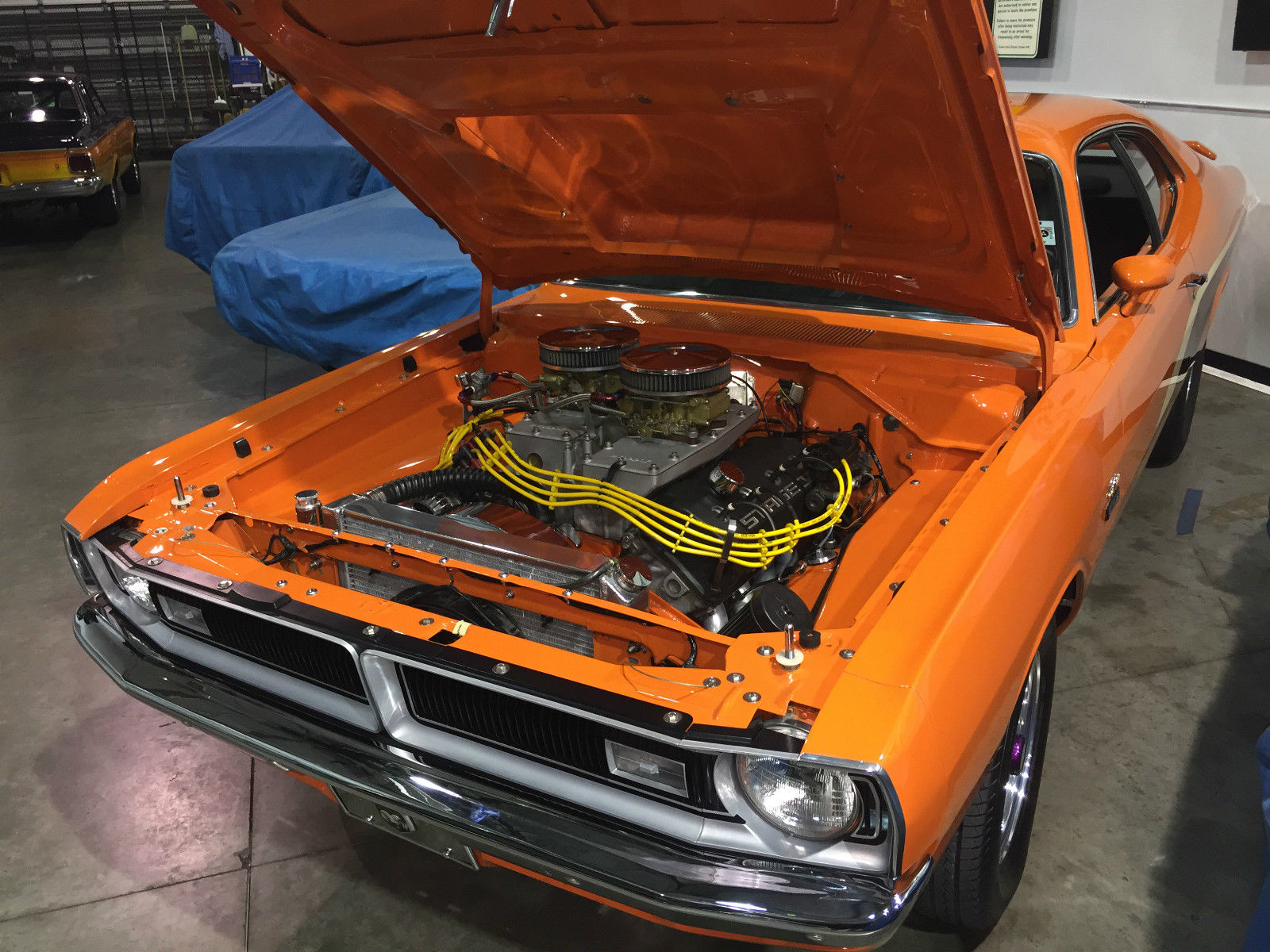 No car is every perfect, right? Even the stuff you build yourself may have some compromises in it to get the final product rolling. If you are buying something that is already built, that’s a whole different scenario because you are then accepting someone else’s tastes and preferences with the receipt of the car. That can be tough sometimes but when it comes to cars like this absolutely crazy 1972 Demon it isn’t hard at all. Why? Because 535ci hemi, that’s why!

Maybe you aren’t a huge fan of the color orange or the graphics package on the side of this thing but does any of that matter when you stand on the gas and unleash the power that this engine has? We’ve got to imagine that the thing is making 650+hp, likely more and it probably sounds armageddon through the Flowmasters when both of the four bbl carbs on the cross ram are opened up wide. The hemi is based off of an aftermarket Mopar block and has Stage V heads on it. This is hardcore stuff.

The fit and finish on the car looks amazing. There are photos of every angle and the underside looks like it has never even been passed over asphalt before! The exhaust is pristine, same as the engine compartment, interior, etc. This looks like a completely pro built machine that you would literally be stopping traffic with every time you rolled into a cruise night, cars show, or funeral. What, like you wouldn’t drive this car EVERYWHERE if you bought it? We’d need to be surgically removed from the seat if this came into our hands. We’d go bankrupt keeping fuel in it and tires on it but you get where we are going here, right?

In the event that it sells, here’s the text from the eBay ad:

Powered by the legendary Chrysler Hemi Bored and Stroked to 535 C.I. producing 700 Horsepower and a tire shredding 800 Ft.Lb. of Torque !!

To insure reliability with this kind of power, I used a Mopar Performance Mega Block….This utilizes the highly desirable “Siamese Block” which provides strengthening in all the critical areas….Rods,Bearings,Crank,Web supports etc.

The drivetrain consists of a 727 Torqueflite with manual valve body….Driveshaft is a bullet-proof oversized unit turning a 4:10 Gear in an 8 3/4 case and Detroit Locker.

Exhaust System is Aluminized 3″ from the headers back thru the Flowmaster mufflers…..Needless to say, the sound from tailpipes is pure heaven to anybody with gasoline in his veins !!!

The body panels are laser straight with no bondo and the Hemi Orange paint is Show Quality.

The car drives beautifully, doesn’t overheat on the hottest S.Florida days and is VERY reliable and streetable….The engine was built in 2010 and it probably has less than 1,000 miles on it since then…It’s always kept in a climate controlled warehouse and trailered to distant shows and only driven locally….

To sum it up, if you’ve always wondered what the Space Shuttle would feel like, and you’re not planning to become an Astronaut, here’s your chance!

I am NOT a Dealer…..This car is licensed,insured and titled in my personal name here in Florida.

The short description of this spectacular car I’ve given here doesn’t do it justice ….Call me for many more important details and to arrange an inspection,which I HIGHLY recommend. 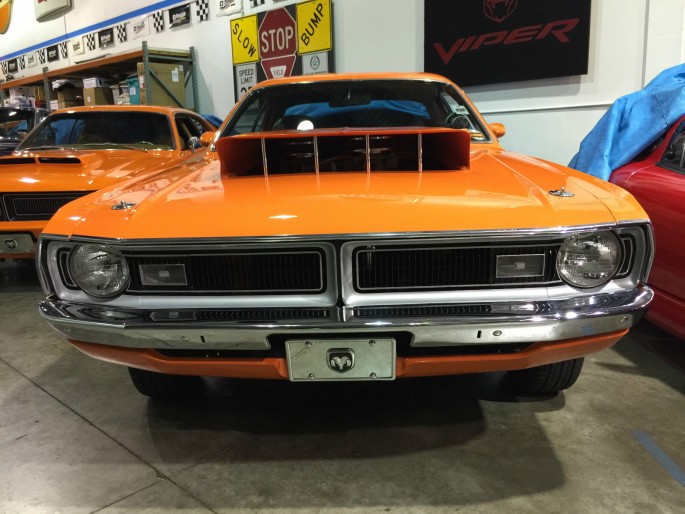 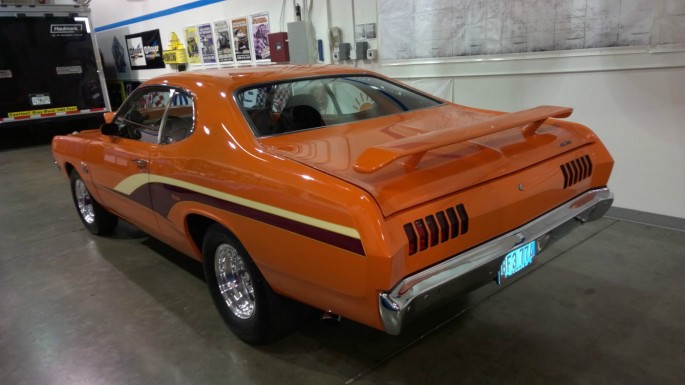 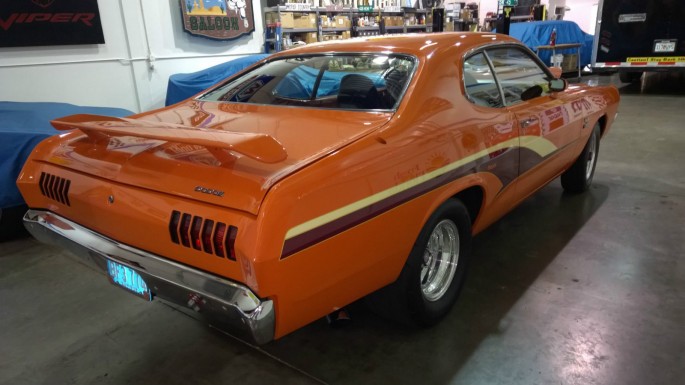 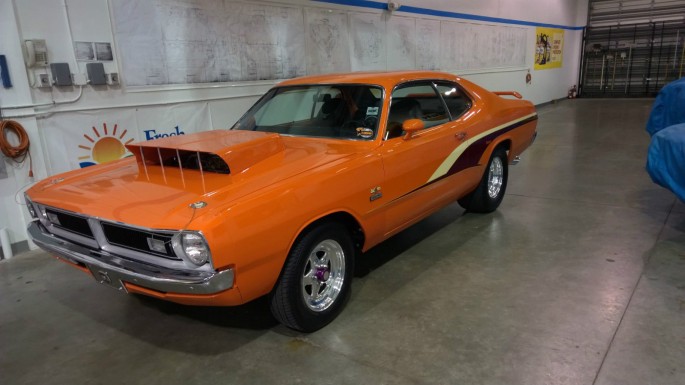 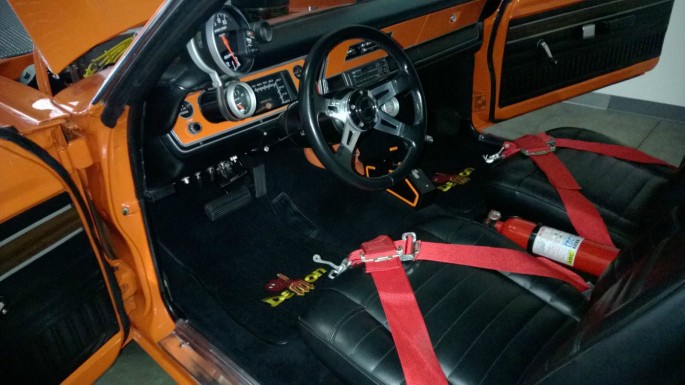 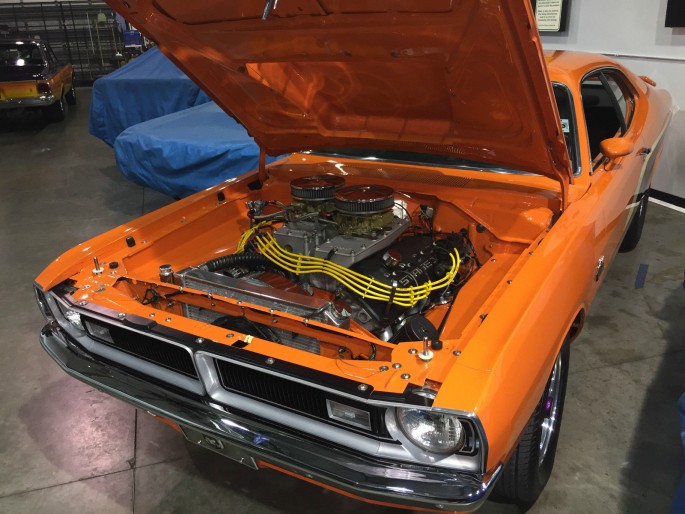 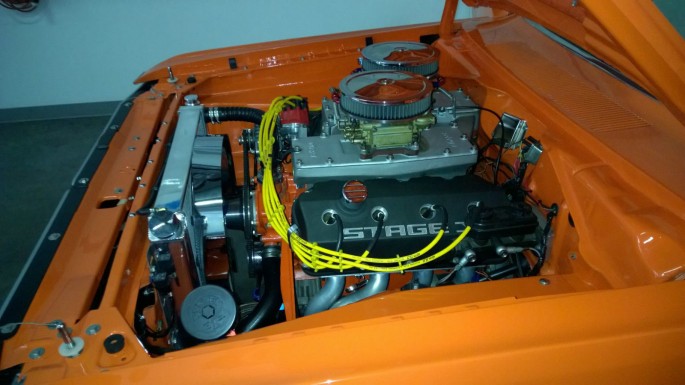 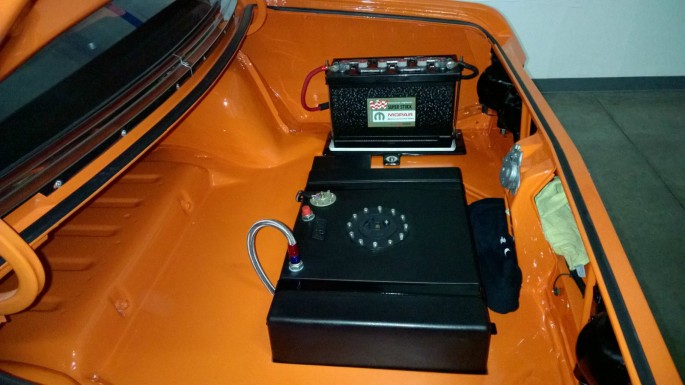 EBAY LINK: THIS DEMON HAS 535CI OF HEMI UNDER THE HOOD

7 thoughts on “Pro Street Hemi Hammer – This Demon Has 535ci Of Stage V Headed Hemi Under The Orange Hood!”