Swap Story: This Video Shows The Process Of Swapping A Coyote Into A New Edge Mustang 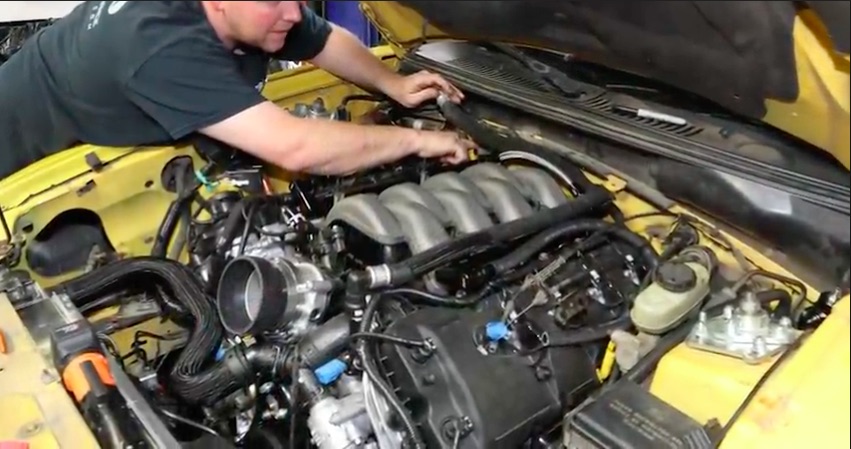 The Ford Coyote engine has now been well established as a bad ass power plant in the world of hot rodding. They rev, they make power naturally aspirated, they low swallowing boost to make the big numbers, and there’s more and more aftermarket options for swap parts to drop the overhead camshaft equipped screamers in a multitude of different platforms and packages. One of the best bang for the buck swaps currently is taking one of these engines and repowering a New Edge era Mustang with it. Why? The New Edge era cars are in their sweet spot of cheapness and as we’ll see here, they can readily accept a Coyote engine. Oh, these cars are also 500lbs lighter than their newer S197 brethren.

This is not some off-the wall deal with an engine that makes 2,000hp or anything crazy like that. This is a real world situation where things like the clutch and transmission are reused because they were fresh on the 4.6L engine that was in the car and it’s basically the way most people would make this swap. Plopping the engine in and tuning results in a car with way more the 400hp to the tire and performance that will make any gearhead’s eyes water with pride when the gas pedal is stomped.