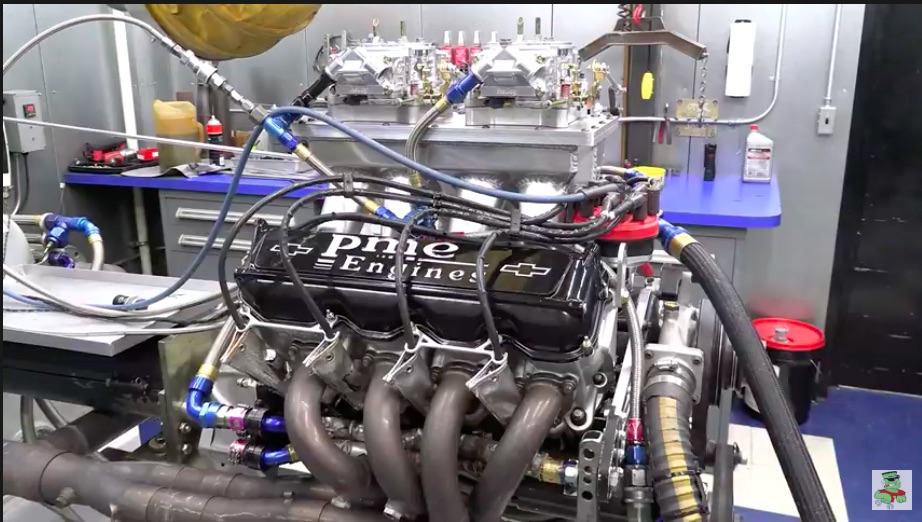 The Chevrolet R07 small block has been a NASCAR staple for years now. The engine is the winningest combo in the modern era of NASCAR racing and with the constant evolution of the sport, it’s on the last few years of being the package of choice for Chevrolet teams. When these engines are obsoleted by the organization there will be a flood of them and their associated parts on the market, that’s why noted engine builder ProMotor is beginning to explore street packages featuring this engine. You are going to watch their nastiest combo yet come together.

Measuring just shy of 400ci, this engine is filled with hardcore used NASCAR parts from the crank and pistons to the rods, the heads, and more. Designed to be a monster street/strip engine, it makes huge power in the upper RPM register and sounds amazing on the dyno. With a NASCAR pattern camshaft in it, this thing is really designed to sing and boy does it.

In typical Horsepower Monster fashion, you are going to get a full and very detailed video featuring the build of the engine and all of the parts in it. There are many awesome features built into this engine to make it a killer on the race track and those features are definitely going to help this engine really hurt some feelings on the street or the strip.

Is there anything cooler than smart people taking proven parts and tweaking them to achieve a new and gnarly combo? We’re not sure that there is.

One thought on “Street Stomper: This NASCAR R07 Based Engine Makes 900+ Hp Naturally Aspirated With Less Than 400ci – Build Video”