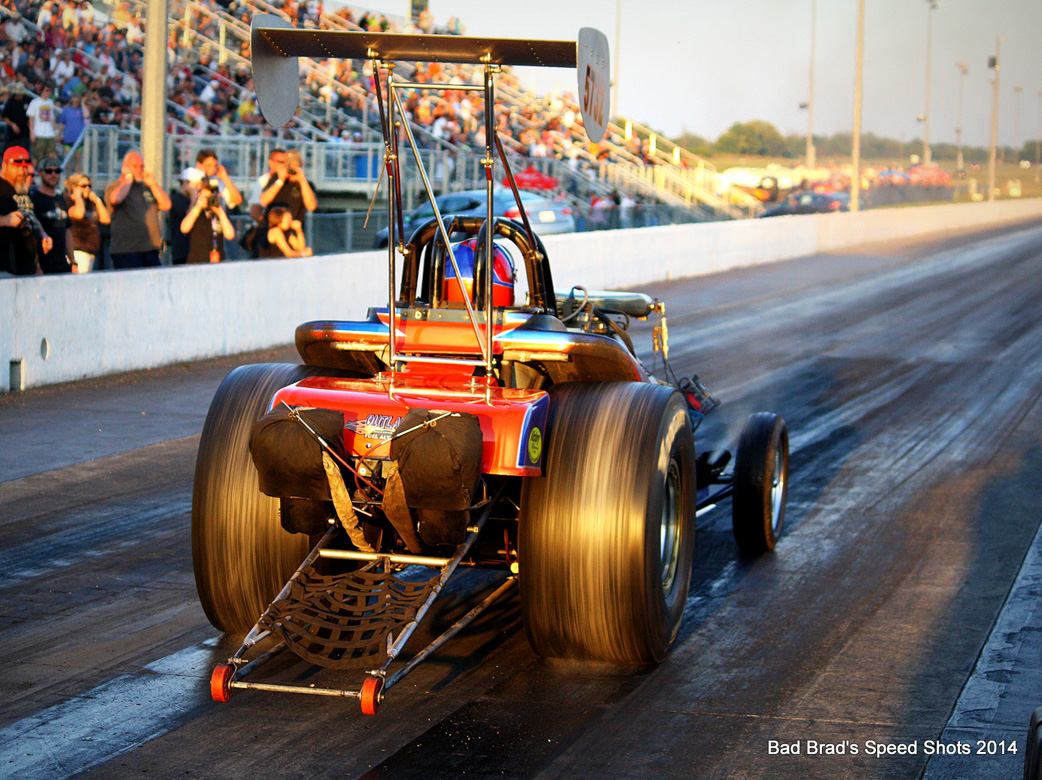 (Words and photos by Brad Klaassen) – I’m sure all you fellow Bangshifter’s are familiar with Tulsa Raceway Park’s bi-annual Throwdown in T-Town eighth mile Pro Mod Races streamed live by Bangshift each year. But, did you know TRP also pays quarter mile homage to the days gone by with their Nostalgia Nitro Nationals race each year too? Well, they do and this year’s race offered plenty of nitro belching action all the way down the 1320. We’re talking the DRO Nostalgia Nitro Funny Car Show, nitro powered fuel altereds from the Central States Super Chargers plus nitro injected front motored diggers from the Nostalgia A/Fuel Racing Association thrown in to round out the gig. There were also plenty of period correct hot rods slaying the strip for everyone’s entertainment.

Keeping with the traditional of a nostalgia race, Tulsa Raceway Park also hosts a pinup contest, hot rod car show and free concert for all those in attendance at the Nostalgia Nitro Nationals. Nostalgia Funny Car hitters at this race included, 2 time DRO Champion, Texan, John Hale, Mr. Explosive, Mark Sanders, Okie, Fred Farndon, Blue Max Racing’s Ronnie Young, Californian, Cameron Ferre wheeling the Invader, 2 time and reining DRO Champion and Michigan’s own Shawn Bowen, who laid down an 5.73 pass at almost 250 mph while he was in the Sooner state. The A/Fuel class was also well represented with cars from California, Ohio, Illinois and a couple of Okies thrown in for good measure.

Tulsa Raceway Park was also celebrating its 49th year in existence this year and the party was epic as usual. Which leaves one wondering what track co-owners Todd Martin and Keith Haney will have cooked up for the track’s 50th Anniversary in 2015. One thing for sure is you can bet the event will be one for the ages.

So there you have it drag fans. Just another epic event at TRP! Now, go check out my shots.

See you at the drags. –Bad Brad 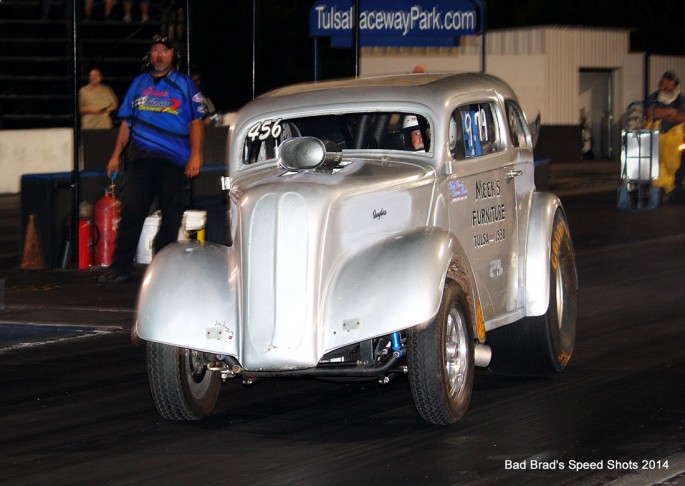 Turbine Engine Fitted To Bloodhound SSC - Quest For 1,000 MPH On Land Continues On Schedule Ride In A Cool Hot Rod For A Few Laps Down The Beach During the 2014 Oilers Car Club Race Of Gentlemen