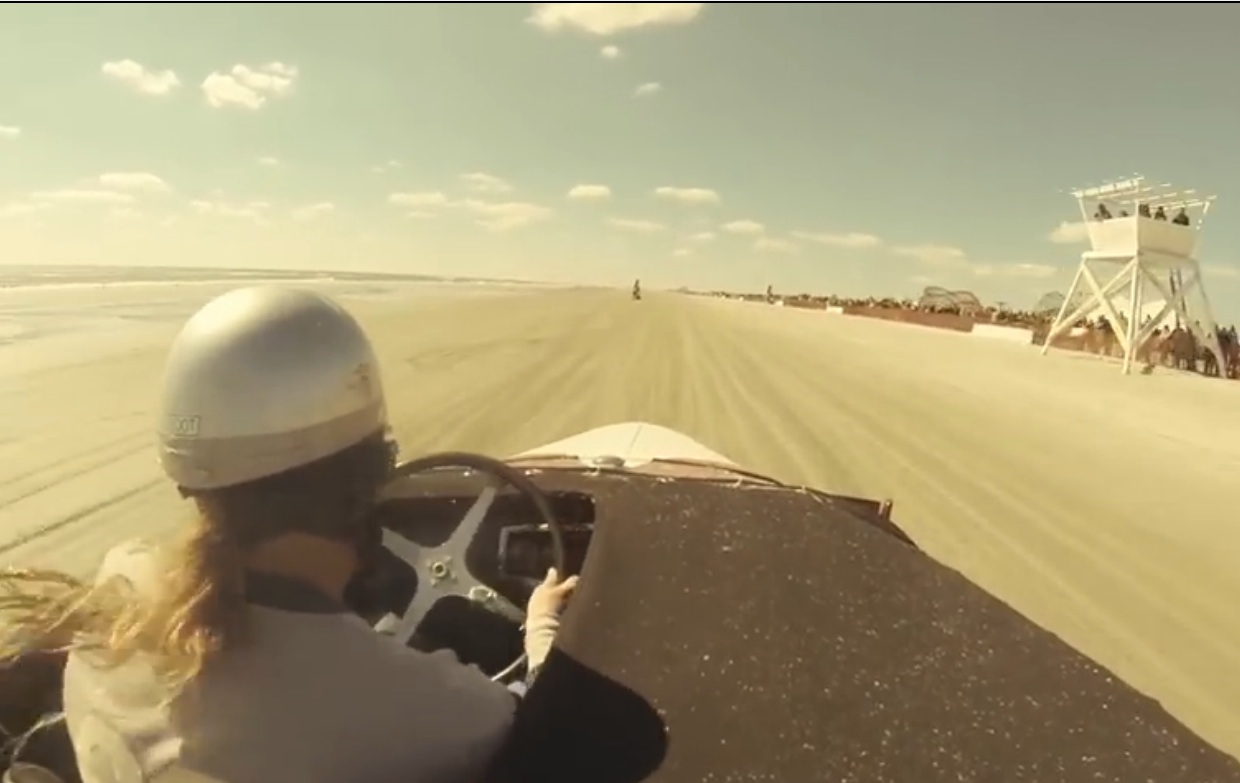 The Oilers Car Club Race Of Gentleman is officially a automotive cultural phenomenon. Three years after the initial running of the event, it is drawing cars and people from across the country to attend, there is media coverage from all corners including the NY Times, and companies like Sailor Jerry are stepping up to sponsor the event which is a neat affair that takes places on the beach in New Jersey. Using period hot rods and motorcycles, competitors sprint down an eighth mile “strip” on the sand and as you will see, they do it to the delight of A LOT of fans who line the course (at a safe distance) to take the whole thing in. As far as we know there’s not “winning” the race of gentleman. Cars run for fun, there is no timing system, and the point of the exercise is to relive the history of how things looked, felt, smelled, and sounded during the early evolution of hot rodding.

The course is an eighth mile long and marked with big checkered pylons at the start and finish. Dig the period garb that the staging guy and the starter flag chick have on. The whole thing is a great show and from what we have heard the show off the track is awesome as well with lots of traditional and period looking hot rods filling the streets of Wildwood, NJ. As you will see in the video below, the speeds are not huge but it sure looks fun to hang onto the car while is slides, fishtails, and tries to move around under the driver. Sand and narrow tires mean lots of steering input is necessary, especially when that steering is the ancient manual style from the 1920s or 1930s!

Long story short, this looks like a fantastic time and this video does a nice job of showing you the event from the racer’s perspective. Pay attention to the size of the crowd, the other cars,a dn the cool sounds coming from the bikes and old rods competing. Great stuff and 100% BangShift approved!

Race Coverage: The 2014 Nitro Nationals At Osage Tulsa Raceway Park - Funny Cars, Dragsters, Altereds, And More Shakedown At The Summit 2014: Out Last Flaming Blast Of Images From The Doorslammer Battle In Norwalk