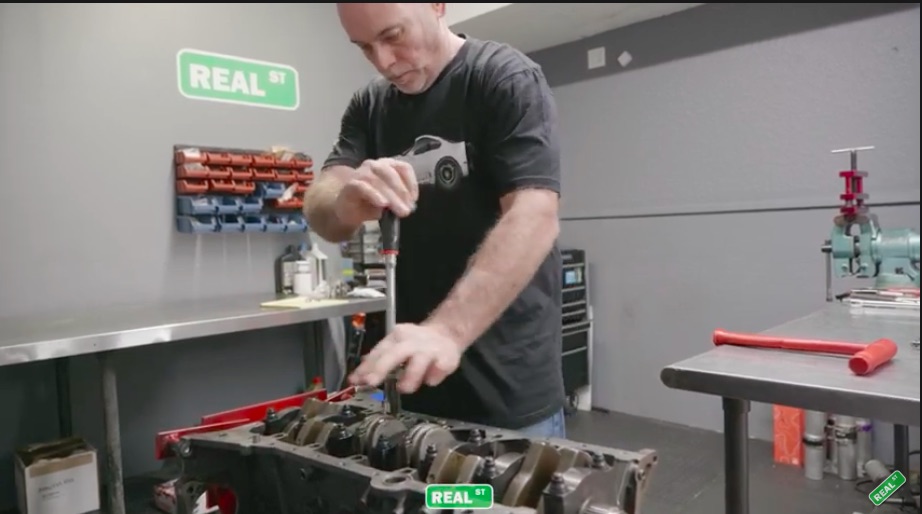 Engines tell us things when we take them apart after they’re used, right? We look to see how things are wearing, what stuff is wearing and shouldn’t and what we can do better the next time we put one together. In this case we join the crew at Real St Performance, one of the neatest and most accomplished shops in the country. These guys are wizards with a lot of stuff but the 2JZ engine platform is definitely their wheelhouse. The engine you are going to see being taken down was build to be used as a dyno mule to test a new piston design for the Toyota inline six. You’ll see what worked, what didn’t and what these guys learned from the component inspection.

What we dig most about this video is the honesty. It would have been easy to pull it down and say, “Yep, everything is awesome and we wouldn’t change a thing, we crushed it!” Well, they did crush it because the thing made 1,850hp with a stock block and crank but the parts in a few places were not the happiest. Not the stuff you may be expecting, either, and maybe not for the reasons you are expecting.

Engine forensics at their finest. Check out this gnarly 2JZs guts!