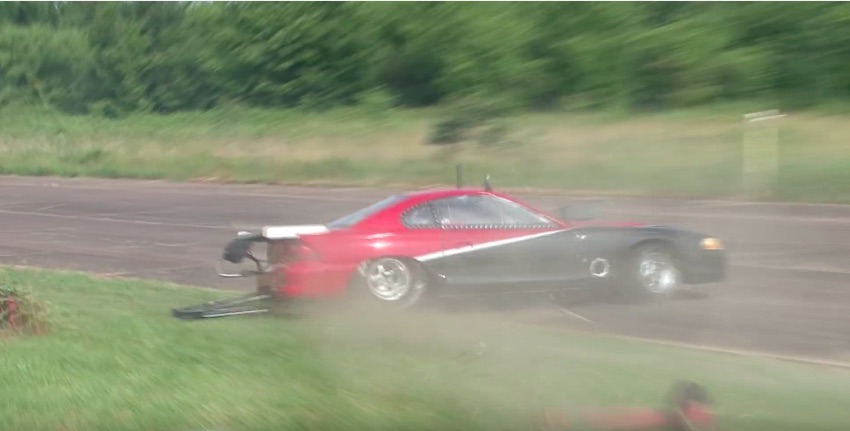 No-prep style drag racing has brought an amazing number of young people into the sport and that’s a great thing. They are attracted by the unpredictable nature of the action, the cool cars, the outspoken drivers, and the environment that the races are held in. This video is a perfect example featuring all of the above. Shot at Speedy’s Drag Strip in Arkansas and featuring Mustang Mike in the Unpredictable Mustang which has a big old nitrous motor making the power.

Long story short, the Mustang is all over the freaking place and does not hit anything outside of some cones and junk when it slid into the grass. You’ll hear from Mike at the end of the video but he says something that really stuck a nerve. He mentioned not wanting to hit the guardrail. Obviously no one wants to hit the guardrail. What he says next is the impactful part. He was not so much nervous about wrecking his car but hitting all the fans that were on the track’s wall. Thankfully for everyone involved that did not happen.

The thing we love best about the video is when he spins the car at the big end and then drives it back up the track with the people at the starting line giving him a hero’s welcome.

You can see why the young guys have really gotten into this side of the sport. You literally never know what is going happen and when it does happen, everyone’s waiting for it!

3 thoughts on “SAFE! Watch This No-Prep Racing Mustang Go Into A Top End Slide After Breaking The Tires Loose”