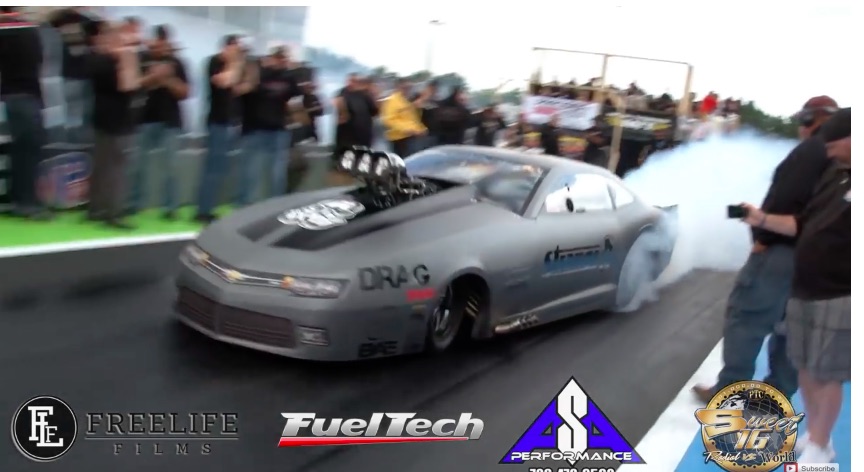 There’s nothing like being at a drag strip when all of the elements of potential performance come together. When the cars are tuned up, when mother nature provides the perfect air and temperature, and when the track itself has been prepared like some sort of traction torture chamber. This year coming into the Sweet 16 people openly wondered what the bump spot would be, how quick the number one qualifier would go, and ultimately how many people would run in the .60s. Well, as it turned out the majority of the top half of the field was in the 3.60s, the bump was a ridiculous number in the middle 3.70s, and the number one spot was a bone-chilling 3.62 which belonged to Mark Micke.

The first car into the 3.60s will forever be recorded as Dwayne Mills at 3.69 and then he came back and became the first to run those numbers twice when on the next pass he ran it into the 3.60s again! The vide below shows the 3.60s runs made by the six cars that got there. In some ways, Jamie Hancock’s 3.68 is among the most impressive because it is a nitrous car with a massive Pat Musi engine. We have no idea how they get the thing de-fanged enough to leave the starting line, let alone stay hooked through the whole run, right?

That’s not taking anything away from anyone else. It’s just that being the first nitrous car in there is pretty special because of the history nitrous has as a power adder and how it has been a defining thing in door slammer racing for so many decades.

These guys shot up the existing performance marks like they were targets on a bombing range. It was incredible and the six performances below topped them all.