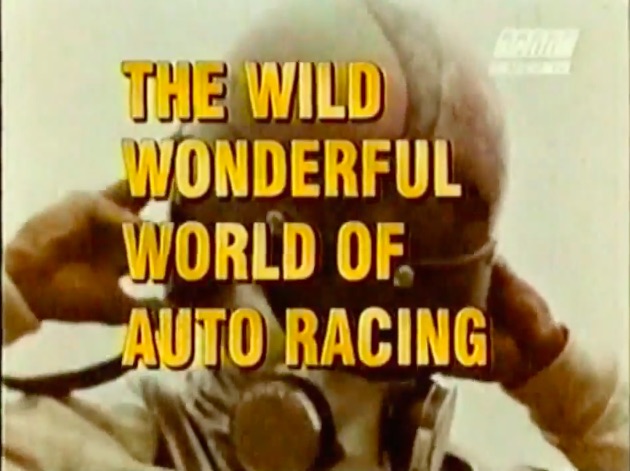 Welp, you should probably just go ahead and quit working for the next half hour because once you press play below you are going to get sucked in to a black-hole vortex of awesome known as The Wild Wonderful World Of Auto Racing. This is a 1969 film that takes a wide ranging look around the world of auto racing in America and it is pretty fantastic. It covers stock car racing, drag racing, road racing, and other stuff as well. As much as we feel like this world was the absolute and ultimate zenith of performance and competition in the world, there’s stuff that we could argue about.

There is no doubt that the late 1960s were a time of near unbridled innovation and craziness in the world of racing and today’s innovations, advancements and changes are more subtle and frankly a result of the work that these pioneers did 50 years ago. If there is one scene that looks like it was bigger now in the late 1960s than today it seems like the road racing stuff was massive with Can Am and all. Today’s road races are not exactly huge crowd draws and we’d argue that the NASCAR fellas likely draw the biggest road racing crowds at places like Road America and Sonoma.

The bottom line is that this is a killer film and something that you will totally love if you have any want to see some of the neatest race cars that ever attacked the oval, the strip, or the road course a half century ago. This was a professionally made film and we think it totally stands up to the test of time.