This 1960 Lloyd Gasser Has A Blown Small Block, No Wheelbase, and The Tiniest Steering Wheel Ever 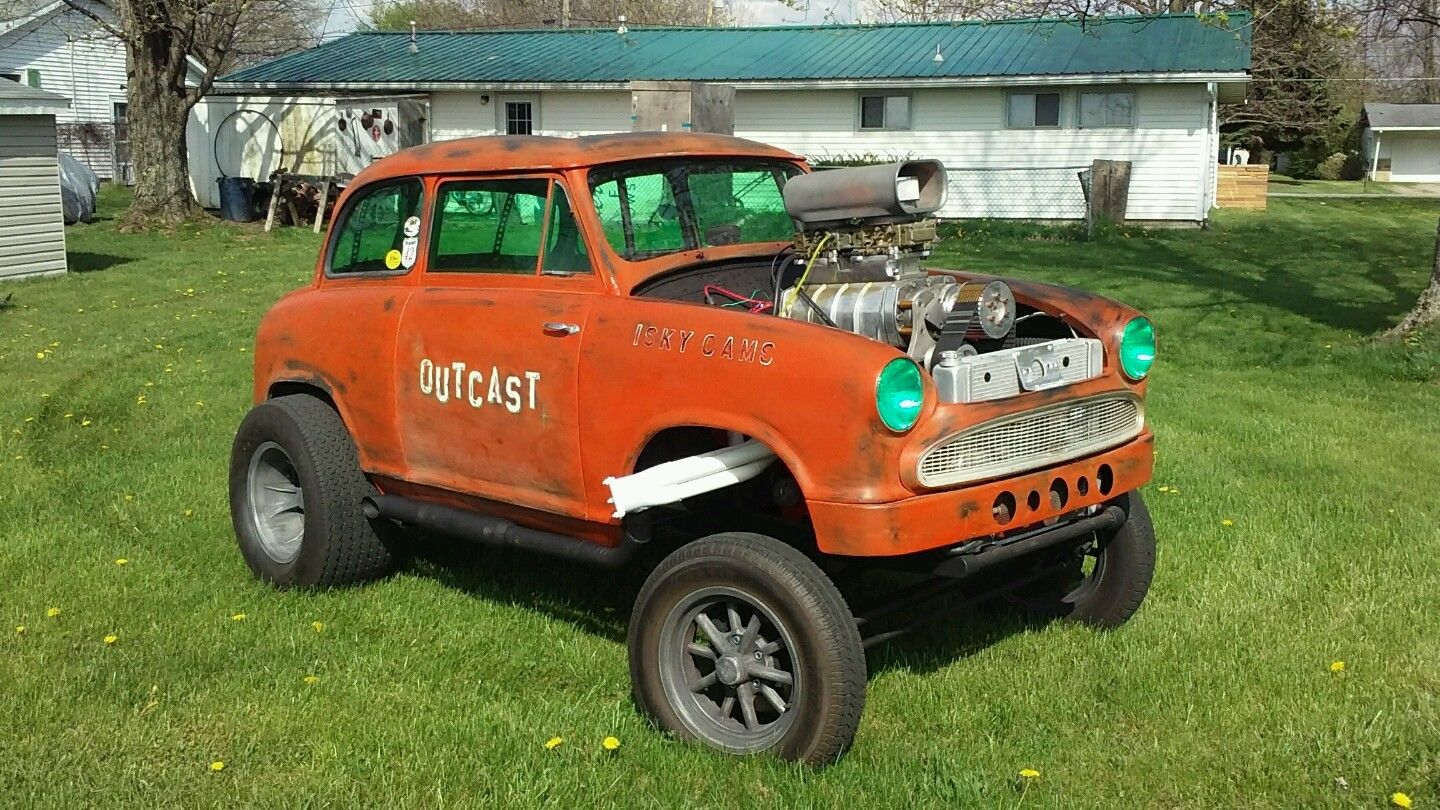 There are smaller cars in the world than a 1960 Lloyd gasser but they have like 14 horsepower and go about 15 mph. This thing is mental in all of the correct BangShift ways. From the toughed up exterior look, the green tinted lenses and windows, the nose high stance, and the huffer bolted to the top of the engine, the car has all the elements to be BangShifty perfection. The world’s teeniest steering wheel is employed to get this little piece of hell down the road, which is a perfect finishing touch.

Yes, the car is very basic but if you were hoping to see some sort of mega-buck build you have clearly not been reading BangShift very long. Are there things to change in the design, execution of the car? Yeah, sure. The interior could be spiffed up some, we may go for a solid color on the body with some vintage style lettering, and the green glass may get de-greened but there’s a ton to love about this car.

The engine is a 350 topped by a 6-71 blower. The transmission is not a four speed despite what the shifter is making you think. It is actually a TH-350 automatic. It has us fooled until we went looking and counting pedals and then actually read the eBay ad. Funny how that happens. The rear is a 9″ Ford with 3.42 gears, the front end was from Speedway, and the seller claims that there are a bunch of new parts involved in this build. We think the car is just a radically neat little piece that would stand out in any crowd, get kids smiling, and get grown men jealous that you cruised into the joint driving something so cool. 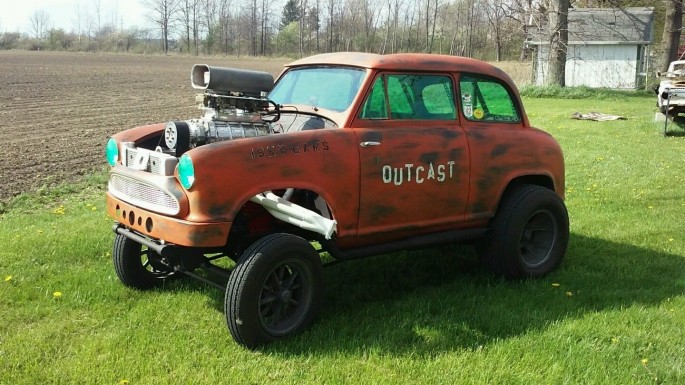 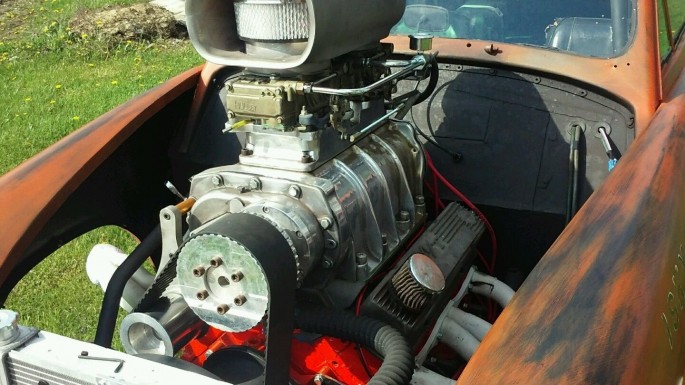 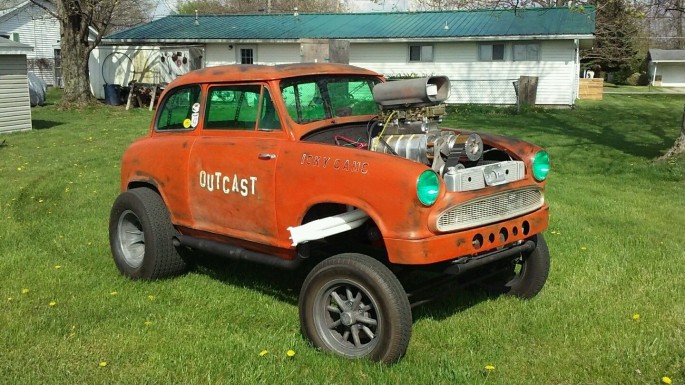 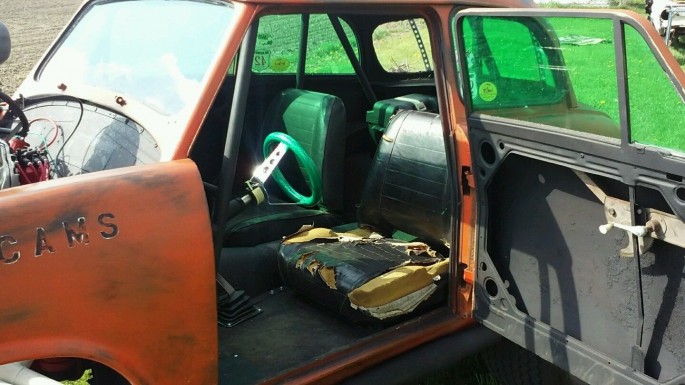 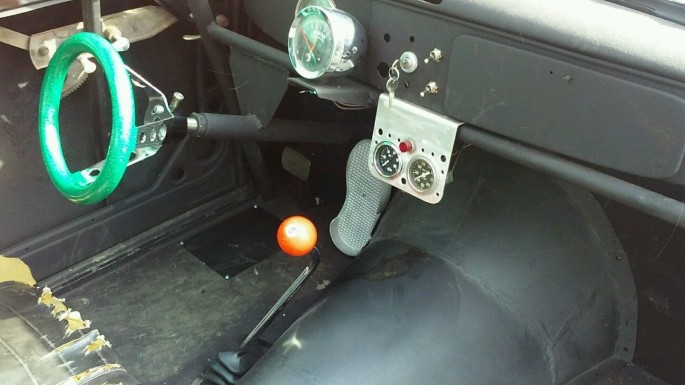 Make This Ford F-350 4x4 Ambulance Into The Ultimate Bug Out Rig! Cruise Coverage: The Parkette Drive-In Cruise Brought Out The Coolness!

4 thoughts on “This 1960 Lloyd Gasser Has A Blown Small Block, No Wheelbase, and The Tiniest Steering Wheel Ever”