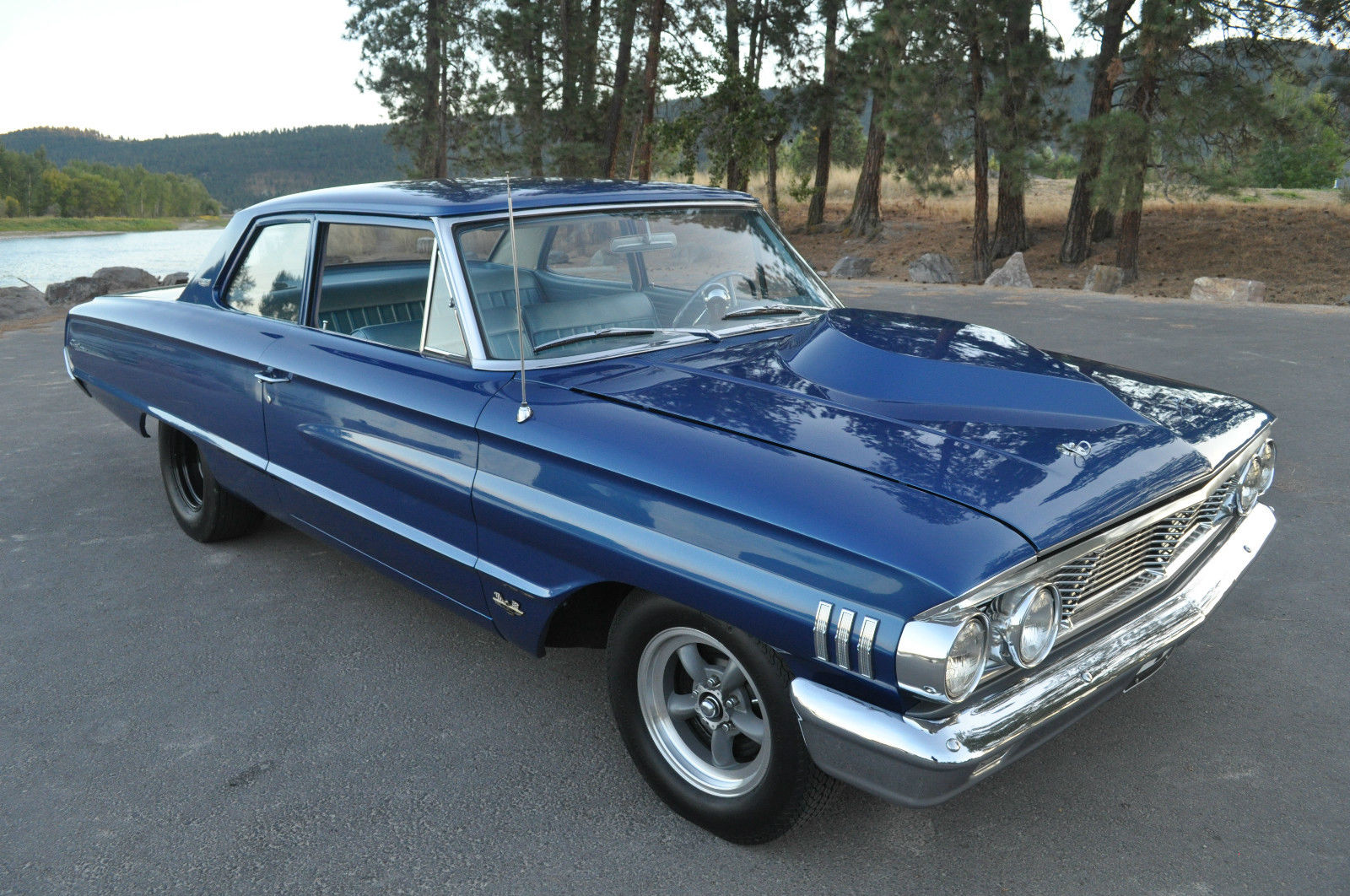 While the later 1960s factory drag machines like hemi Darts and Cobra Jet Mustangs get lots of attention, the cars that really spin our cranks around here are the early 1960s iron that got the ball rolling on the whole factory drag racing craze. Cars like Super Duty Pontiacs, L79 Novas, and R-Code Galaxies were designed to fall into the right hands and serve as rolling advertisements of each manufacturer’s prowess at making horsepower thereby luring legions of young car buyers into showrooms. This 1964 Galaxie Custom is an actual R-code monster that has the original solid-lifter 427 engine it came with, the four speed Top loader is came with and it has been restored to the correct color both inside and out. The car carries a hefty asking price of $70,000 but the owner claims that it is one of only 15 built in this style and one of just a handful (or less) known to exist in the world.

The Galaxie Custom body style was a complete stripper to start with and so whoever ordered this thing knew exactly what they were doing. The math is pretty simple, right? Lightest car, gnarliest engine, meanest transmission, and steepest gear ratio possible would give you a car capable of brawling with all the other iron on the streets and strips of your local area. It is difficult to put into words how influential cars like this were in the early 1960s but the manufactures, despite public proclamations against supporting racing and high performance were shoving these things out back and side doors while lying to each other about their existence.

If you are a Ford performance fan, this is a total dream car to own. It looks like the seller really went all the way with the restoration (yes, he has the original hood) and no nickels were spared in making this car as close to original perfection as was possible. There are some repop parts on it like the headers but you have the right body mated with the original engine and transmissions. Can you imagine all the abuse this thing survived back in the day? Yowza!

In the event the car sells early, here’s the text of the ad:

This Custom 2-door Sedan R-code is by far the rarest of the 1964 (factory produced) 427/4spd cars, w/less than 15 built.  1964 R-code Galaxies – hundreds built.  1964 Galaxie “Lightweight” – 100 built.  I have done my research and in 5 years, I have only found one other road worthy Custom R-code (currently being restored) & 1 story from a past owner (his car being MIA).  My car is the only 1964 Custom R-code listed on the 427 Registry online (check it out online – 427GalaxieRegistry.com).  The Custom Sedan was a bare bones factory drag car & again more rare than the Lightweight cars!   Perhaps by offering my car on eBay – a couple more original 1964 R-code Sedans will surface.

* I am giving a very brief description here – “serious” buyers are encouraged to contact me directly for a full run down of this extremely rare car.

SCROLL DOWN TO SEE PHOTOS AND THEN HIT THE EBAY LINK – 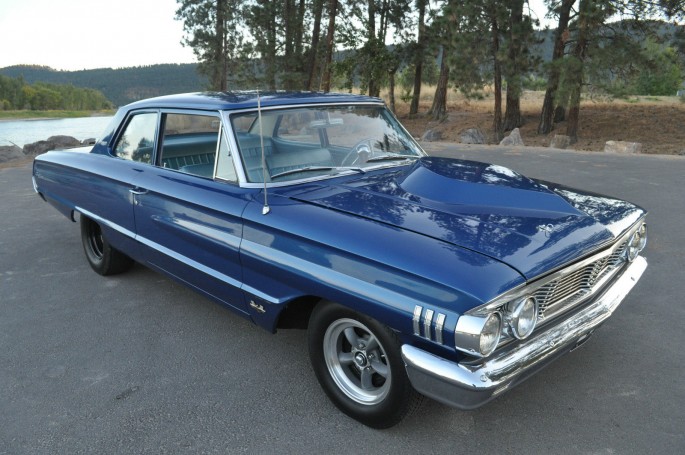 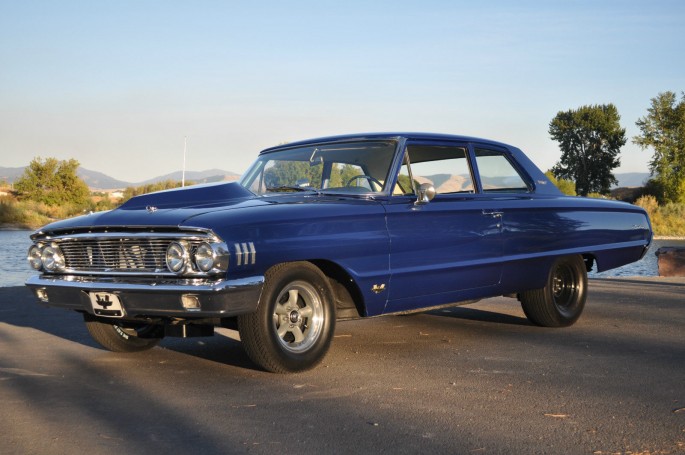 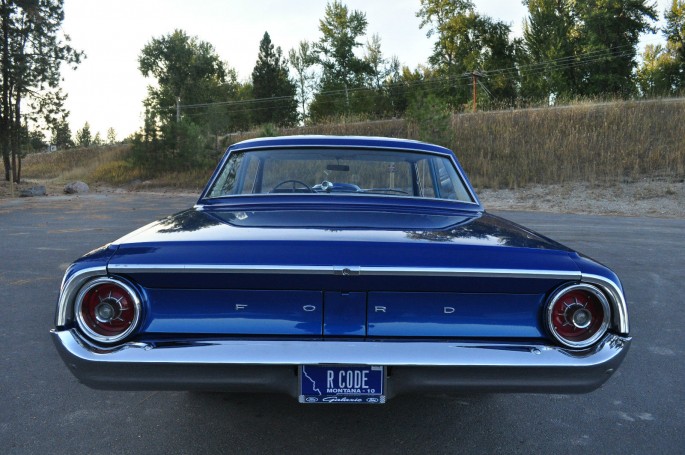 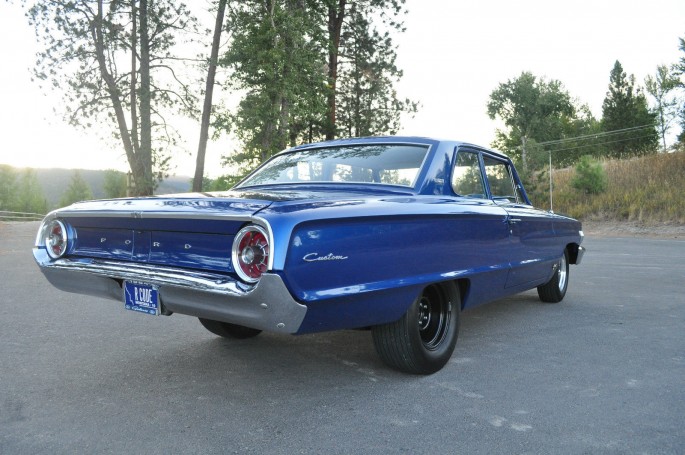 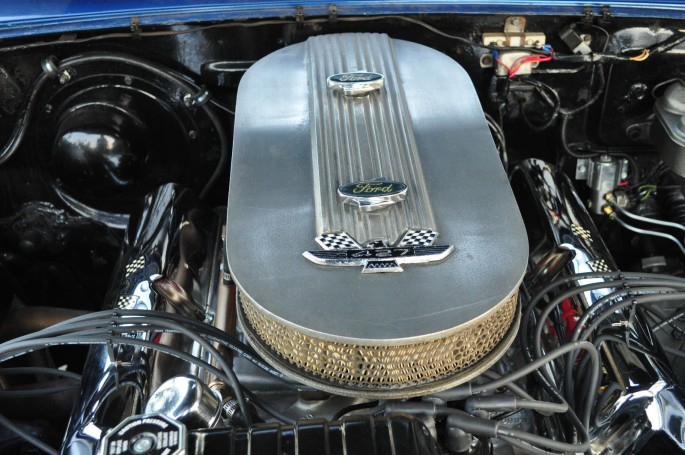 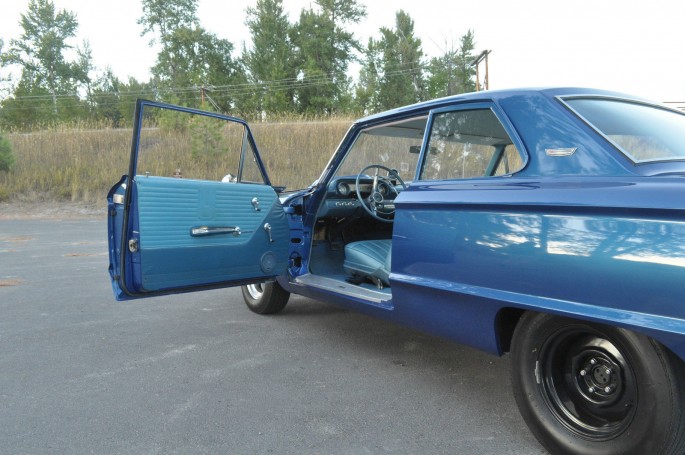