New Redline Rebuild Video: The Time Lapse Of The 283 Chevy Teardown and Assembly Is Here And It’s A Fun Watch 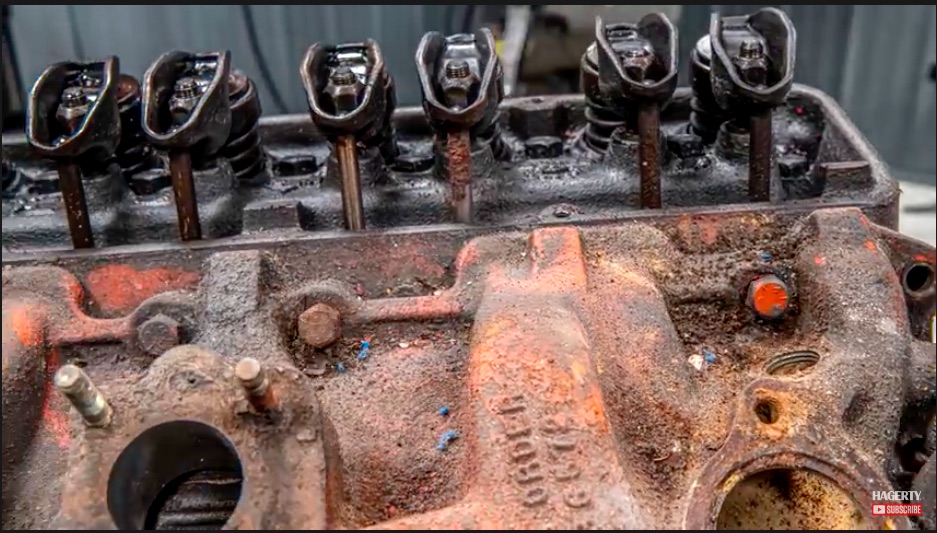 We tend to stick onto the Redline Rebuild series videos like glue around here. But this time? To be totally honest, we weren’t really THAT into the 2-bbl 283 rebuild in-depth but we sure wanted to see the end product, which we have for you below. No, we have nothing against small block Chevy engines, that’s for sure, but it doesn’t strike us as compelling (on a granular basis) as the straight eights, Mini engines, and other weirdo stuff they have done in the past. In some sense, if you have seen one SBC you have seen them all, right?

This said, the payoff video for the 283 is brilliant and like all of these, a feat of really interesting film making. It has to be pure tedium to create these films bolt by bolt and nut by nut. As the engine “takes itself apart” in a seemingly uninterrupted and smooth fashion that’s got to represent hours and hours of work.

Perhaps there is an element of cool in the sense that this engine got a small roller camshaft and that’s about it. Factory intake, exhaust manifolds, and even factory style 2bbl carb. It burbles a little but that’s about it. To a degree that’s unique these days because who doesn’t plop an aluminum intake on the thing, some headers, and a hopped up ignition system?!

Watch this little mouse motor tear itself down, get some human help, and then rebuild itself. Wild.

Listen Up: The NHRA Insider Podcast Showcases Rob Flynn and Erica Enders This Week - Lots Of Winning Going On! Video: The Chevrolet Reveal Of The 2023 Colorado ZR2 Is A Fun Watch Showcasing A Capable Truck

2 thoughts on “New Redline Rebuild Video: The Time Lapse Of The 283 Chevy Teardown and Assembly Is Here And It’s A Fun Watch”